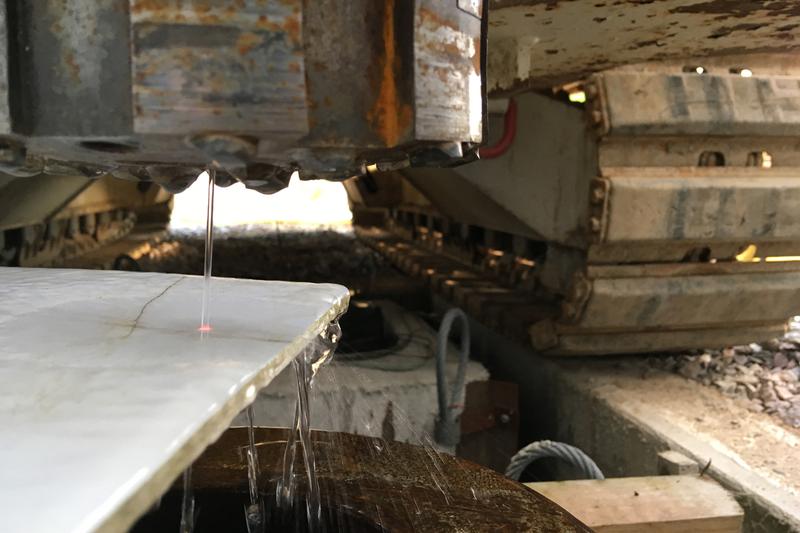 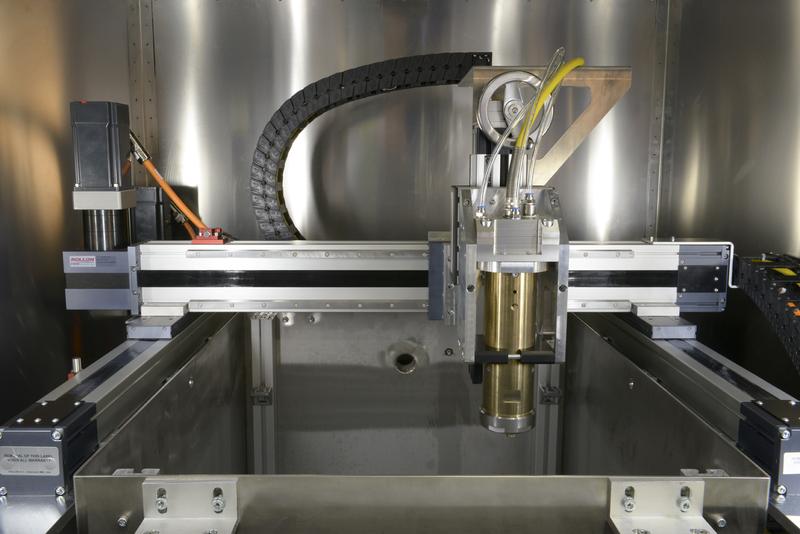 The Aachen researchers have set up a test stand with a laser that achieves a light output of up to 30 kilowatts. | Quelle: Photo acknowledgment: Fraunhofer IPT | Download
❮ ❯

Geothermal heat is a renewable energy source, low in emissions and capable of assuming part of the base load in the energy mix. When drilling deep into the earth's crust, the temperature rises by an average of about three degrees Celsius per 100 meters. However, in deep geothermal drilling the drill bits encounter different materials, including hard rock. Hard rock can only be drilled with low rates of penetration and the drill bit wears more quickly. The cost can be pro-hibitive, frequently preventing investors from going ahead with deep geother-mal projects. The Fraunhofer IPT has therefore developed a method for laser-assisted mechanical drilling of hard rock.

In the newly developed process, the researchers equipped the mechanical drill with a high-performance laser whose energy is guided onto the rock via a water-jet. This makes it possible to weaken the material immediately before the drilling process takes place and facilitates subsequent mechanical removal by the drilling tool. The water-jet not only guides the laser beam to the rock face, but also prevents contamination and damage of the sensitive laser optics.

In order to increase the rate of penetration of the drill bit and to preserve its cutting edge, it is necessary to introduce additional energy into the borehole. Since different and often unpredictable materials have to be processed as the drilling depth increases, the flexible adjustment of the laser output power makes it a particularly efficient tool.

Successful tests of the hybrid tool

In the machine shop at the Fraunhofer IPT, the researchers in Aachen have set up a test rig with a laser capable of an optical output of up to 30 kilowatts. In laboratory tests, the project partners tested the process and made preparations for its transfer to the actual application: The laser weakened sandstone, granite and quartzite, all of which are hard rocks with a strength of more than 150 megapascals, by up to 80 percent.

In the next step, the engineers used the laser on the drilling rig in a specially developed drill string and, in collaboration with the International Geothermal Centre Bochum, successfully tested the new tool under realistic conditions in field trials.

In future research projects, the partners intend to further enhance the distribution of the laser power and add digital sensors to the hybrid tool in order to obtain feedback from the drilling process and thus to be able to react to changes along the drilling path.

Cost-effective geothermal drilling for the production of regenerative energy

The powerful drilling system will help to reduce the cost of deep geothermal drilling in the future and enable geothermal energy to be exploited as an inexhaustible energy source. This form of energy can take over part of the base load in the energy mix and can support other renewable sources such as sun, wind and water in a comparatively environmentally friendly compared to fossil fuels.

The LaserJetDrilling research project was funded by the Federal Ministry for Economics Affairs and Energy (BMWi) and supervised by the PTJ (funding number: 0325784A).