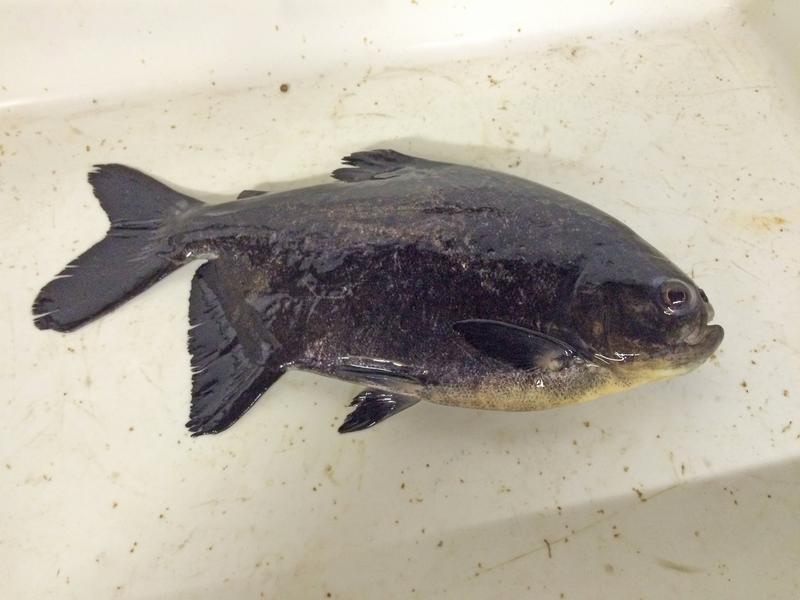 By studying fish raised in aquaculture, researchers from the Helmholtz Zentrum München, the University of Copenhagen and the University of Campinas in Brazil have shed new light on the mechanisms by which antibiotic resistance genes are transferred between bacteria. According to the study published in the journal ‘Microbiome’, those mechanisms are more varied than previously thought.

By studying fish raised in aquaculture, researchers from the Helmholtz Zentrum München, the University of Copenhagen and the University of Campinas in Brazil have shed new light on the mechanisms by which antibiotic resistance genes are transferred between bacteria. According to the study published in the journal ‘Microbiome’, those mechanisms are more varied than previously thought.

“In the past 70 years, the use of antibiotics in human and veterinary medicine has steadily increased, leading to a dramatic rise in resistant microorganisms,” says Prof. Dr. Michael Schloter, head of the Research Unit for Comparative Microbiome Analyses (COMI) at Helmholtz Zentrum München. It is especially alarming that many micro¬organisms are resistant not just to one antibiotic, but to a whole range of different substances, states the corresponding author of the recent study. This poses particular problems in the treatment of infectious diseases. “We therefore set out to discover the mechanisms responsible for resistance development,” he says.

To this end, he and his team, together with Danish scientists led by Gisle Vestergaard (University of Copenhagen and Helmholtz Zentrum München), investigated fish raised in aquaculture. Specifically, they studied Piaractus mesopotamicus, a South American species known as pacu that is often raised in aquaculture. The fish received the antibiotic florfenicol in their food for 34 days. During this time and after the application period, the researchers took samples from the digestive tract of the fish and looked for relevant genetic changes in the gut bacteria.

Resistance genes hop around the genome

“As expected, administration of the antibiotic induced an increase in the genes responsible for resistance to that antibiotic,” explains COMI doctoral student Johan Sebastian Sáenz Medina, lead author of the paper. “One example are genes for pump proteins, which simply remove the active substance from the bacteria again. However, we were particularly surprised by the different mechanisms that we could detect by which antibiotic resistance genes are spread amongst gut bacteria of the fish” Sáenz Medina explains. “This suggests that the bacteria also exchange resistance through viruses, known as phages, and transposons.”

Further metagenomic studies confirmed that these mobile genetic elements induce a fast distribution of resistance genes among genomes of different organisms. So far it has been postulated that only plasmids (in essence, easily transferable mini-chromosomes) are mainly responsible for the exchange of resistance genes.

“The finding that resistance is also extensively transferred between bacteria without the involvement of plasmids is really quite surprising,” says Michael Schloter. “Based on this observation, relevant dissemination models should be reviewed and modified. In addition, our data certainly lead us to question whether and to what extent we should continue to use antibiotics in the world’s increasing number of aquacultures.”

Background:
At the same time, the antibiotic also changed the composition of the bacteria in the digestive tract of the fish. Putatively pathogenic genera such as Salmonella, Plesiomonas and Citrobacter proliferated. However, once the experiment ended, the microbiome returned to its original composition.

Michael Schloter has been dedicating his research to antibiotic resistance for some time. Recently, he was involved in a study in 'Environment International' that showed how pollution from antibiotic production induces spatial and seasonal bacterial community shifts in receiving river sediments. https://www.sciencedirect.com/science/article/pii/S0160412018322803?via%3Dihub

The Helmholtz Zentrum München, the German Research Center for Environmental Health, pursues the goal of developing personalized medical approaches for the prevention and therapy of major common diseases such as diabetes, allergies and lung diseases. To achieve this, it investigates the interaction of genetics, environmental factors and lifestyle. The Helmholtz Zentrum München is headquartered in Neuherberg in the north of Munich and has about 2,300 staff members. It is a member of the Helmholtz Association, a community of 18 scientific-technical and medical-biological research centers with a total of about 37,000 staff members. www.helmholtz-muenchen.de/en

The Research Unit for Comparative Microbiome Analyses (COMI) strives to elucidate elementary modes of action in microbiome development and the associated formation of networks which occur independently from any particular environment and can thus be considered as general principles of microbe – microbe interactions. A major issue will be to improve our understanding on the role of microbial networks for stability and resilience towards stressors or changing environmental conditions. This focus of research will not only unravel microbial functions in different environments, where microbes play an essential role, but it will also improve our in-depth understanding of microbiome interactions from different environments. Further results will allow the development of tools to restore microbiomes and thus improving the health of the hosts (contributing to the “red” and the “green” research fields of HMGU. www.helmholtz-muenchen.de/comi