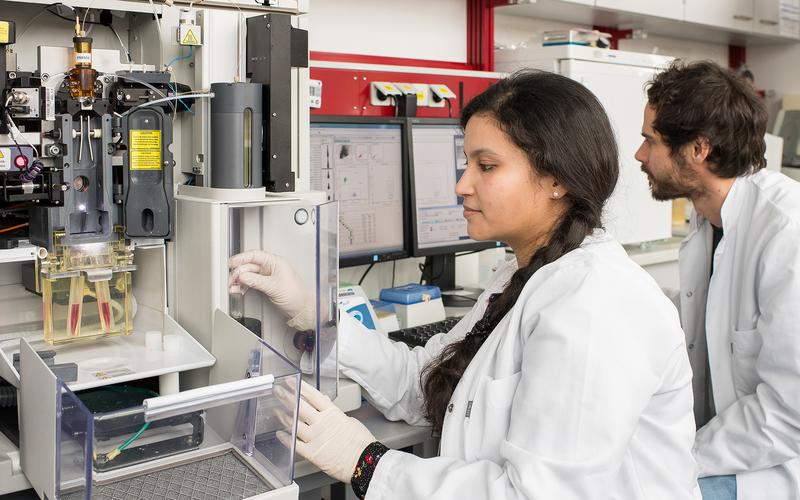 Regulatory T cells (Tregs) make sure that immune responses are not too strong and that inflammation is inhibited. This makes them highly interesting for therapies against inflammatory autoimmune diseases such as multiple sclerosis. But they are hard to use with patients, because Tregs lose their abilities in particularly inflamed tissues. A team of Technical University of Munich (TUM) has now succeeded in explaining this process in detail.

In autoimmune diseases such as arthritis or multiple sclerosis (MS) the body attacks its own tissue, causing inflammation of the nervous system or the joints, for example. A special group of immune cells, called Tregs, can specifically control and inhibit strong immune responses. This limits immune responses and does not increase inflammation. Tregs are thus considered a possible therapy against inflammatory diseases such as arthritis or MS.

"However, many previous studies have put the spotlight on one main problem: In highly inflamed tissues in particular, Tregs often lose their identity and stop functioning as a brake for the immune system. But this is exactly the kind of region they are to be used in as therapeutic agents in immunotherapies," explains Thomas Korn, Professor for Experimental Neuroimmunology at the university hospital TUM Klinikum rechts der Isar and head of the study.

In order to solve this problem, Korn and his fellow scientists investigated the process in cell cultures and in a mouse model. They succeeded in identifying a chain of reactions which is responsible for the loss of identity. The key turns out to be the protein Blimp1: When Blimp1 is present and active, at the end of the chain of reactions a certain region in the genome of the immune cell referred to as the Foxp3 locus remains chemically unchanged. Even in inflamed tissues the Tregs retain their characteristic abilities, decisive for use in therapy.

When the researchers removed Blimp1 from cells, the genome changed chemically and the cells lost their identity. "The results we observed were profound: The Tregs not only lost their inhibiting capabilities, they even developed properties that promoted the inflammation. This means they might help worsen the disease," says Garima Garg, lead author of the publication.

According to the scientists, the long-term goal is to keep Blimp1 active in therapeutically applied Tregs either by means of genetics or medications in order to prevent this loss of identity. They see bone marrow transplants and the associated and unwanted tissue rejection reactions as one of the first possible application areas. Here the donor's blood cells making their way into the body of the recipient trigger severe inflammation. Tregs administered therapeutically at the same time could suppress these reactions and diminish the severity of Graft-versus-host disease. The Graft-versus-Host reaction refers to an immunological reaction in which the T cells in the transplanted tissue from the donor attack the recipient organism.

More information:
Thomas Korn has been Heisenberg Professor for Experimental Neuroimmunology at the Neurology Clinic of the Technical University of Munich (TUM) since 2010. He is member of the Cluster of Excellence „SyNergy – Munich Cluster for Systems Neurology“, which receives funding in the forthcoming Excellence Initiative.