Progress in the treatment of aggressive brain tumors 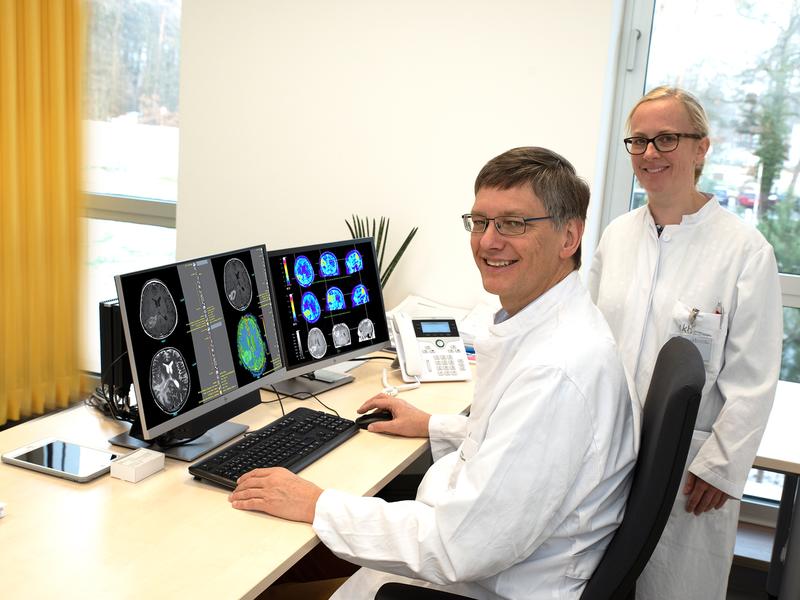 Cancer researchers at the University of Bonn have reported significant progress in the treatment of glioblastoma. About one third of all patients suffer from a particular variant of this most common and aggressive brain tumor. Survival of these patients treated with the new combination therapy increased on average by nearly half compared to patients who received the standard therapy. The study has now been published in the journal “The Lancet”.

In Germany, around 2,400 people are diagnosed with glioblastoma every year. Most of those affected are adults between the ages of 50 and 70. Following radiation therapy, patients currently receive chemotherapy with the substance temozolomide (TMZ). This is considered the most effective weapon against glioblastoma. The drug alters the DNA in the cancer cells, which die as a result. This stops the growth of the tumor for some time. However, the disease is not yet curable.

Temozolomide is particularly effective in treating a subform of glioblastoma. In this subform, a genetic sequence in the cancer cells, the so-called MGMT promoter, is chemically altered. Experts call this an MGMT promoter methylation. It causes the MGMT gene that is controlled by the promoter to be read less frequently. This allows temozolomide to attack the tumor better. However, its effect is limited, even in this patient group. Attempts were therefore made to combine the drug with other drugs in order to achieve better results - for a long time without success.

A pilot study conducted several years ago gave rise to new hope. Scientists led by Prof. Dr. Ulrich Herrlinger (Department of Neurology and Center for Integrated Oncology (CIO), University Hospital Bonn) administered temozolomide together with CCNU, another cancer drug that has an effect on the DNA. “At the time, we found first indications that this combination might be able to significantly improve the prognosis,” explains Herrlinger. “In order to confirm these results, we started a large patient trial with funding from the Federal Ministry of Education and Research. We have now been able to show that the administration of CCNU and TMZ actually significantly prolongs the survival time of our patients, and that with well-tolerated side effects.”

A total of 17 centers in Germany with almost 130 patients were involved in the study that has now been published. On average, the patients receiving this kind of treatment survived about four years, more than 16 months longer than with TMZ alone. “This is a major success,” says Herrlinger. “Since the initial approval of temozolomide in 2005, chemotherapy of glioblastoma had made virtually no progress.” The researchers are now trying to further improve the therapy, for example by combining three drugs.

However, only patients with a methylated MGMT promoter benefit from the new treatment approach - just over one third of all patients. “This is a tailor-made therapy for this subgroup,” emphasizes Herrlinger. “Ultimately, this is an initial step toward personalized cancer medicine for glioblastoma patients.” The Neurooncology Center of the University Hospital Bonn now offers these patients the CCNU/TMZ combination also outside of clinical studies.