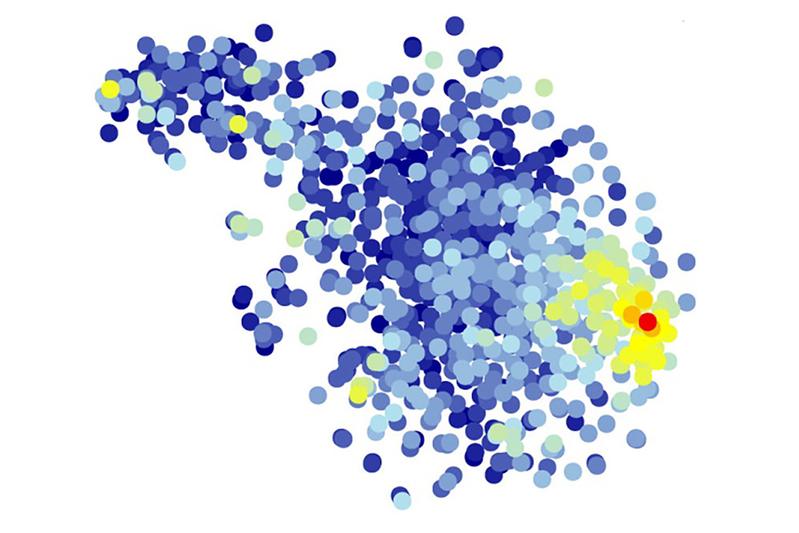 A team of researchers under the direction of the Medical Center – University of Freiburg has created an entirely new map of the brain’s own immune system in humans and mice. The scientists succeeded in demonstrating for the first time ever that the phagocytes in the brain, the so-called microglia, all have the same core signature but adopt in different ways depending on their function. It was previously assumed that these are different types of microglia. The discovery, made by means of a new, high-resolution method for analyzing single cells, is important for the understanding of brain diseases. Furthermore, the researchers from Freiburg, Göttingen, Berlin, Bochum, Essen, and Ghent (Belgium) demonstrated in detail how the human immune system in the brain changes in the course of multiple sclerosis (MS), which is significant for future therapeutic approaches. The study was published on 14. February 2019 in the journal Nature.

“We were able to show that there is only a single type of microglia in the brain that exist in multiple flavours,” says project head Prof. Dr. Marco Prinz, medical director of the Institute of Neuropathology at the Medical Center – University of Freiburg. “These immune cells are very versatile all-rounders, not specialists, as has been the textbook opinion up to now,” sums up Prof. Prinz.

Since the immune cells located in the blood cannot reach the brain and spinal cord on account of the blood–brain barrier, the brain needs its own immune defense: the microglia. These phagocytes of the brain develop very early on in the process of embryonic development and later remove invading germs and dead nerve cells. They contribute to the maturation and lifelong malleability of the brain. It was previously unclear whether there are subtypes of microglia for the various functions they serve in the healthy and diseased brain.

Researchers led by Prof. Prinz and the co-first authors of the study, Dr. Takahiro Masuda, Dr. Roman Sankowski, and Dr. Ori Staszewski from the Institute of Neuropathology at the Medical Center – University of Freiburg, conducted detailed studies on microgliain the brain, both on a mouse model and on human brain tissue removed from patients.

With the help of a new method for conducting single-cell analysis, the researchers were able to demonstrate the features of microglia in great detail. To do so, they used a microscope to study microglia in different brain regions and at different stages of development. They also analyzed the RNA-levels of these cells using single-cell analysis. The analyses revealed that microglia all have the same core signatures but adapt differently at different stages of development, in different brain regions, and depending on the function they are meant to serve.

Hope for Patients with Multiple Sclerosis

Dysregulated microglia are also involved in several brain diseases. In particular, they play a key role in the development of Alzheimer’s, multiple sclerosis (MS), and a few psychiatric diseases like autism. In the healthy brain, microglia form a uniform network around the nerve cells that can change in just a few minutes in the case of disease and form numerous new phagocytes to limit the damage.

“We now possess the first high-resolution immune cell atlas of the human brain. This also enables us to understand how these cells change during course of diseases like MS,” says Prof. Prinz, who is also involved in the Signalling Research Excellence Clusters BIOSS and CIBSS of the University of Freiburg. “In MS patients, we managed to characterize microglia in a state that is specific for multiple sclerosis. We hope that it will be possible in the future to target microglia subsets in harmful state.”

“It is extremely exciting to see how flexible the microglia can be,” says Prof. Prinz. The studies on the mouse model put the researchers on the right track. However, co-first author Dr. Masuda also succeeded in showing that human microglia are much more complex than those of laboratory animals. “The individual changes in the human brain also leave traces in the microglia in the course of life,” says Dr. Masuda.

Originalpublikation:
Original title of the study: Spatial and temporal heterogeneity of mouse and human microglia at single-cell resolution
DOI: 10.1038/s41586-019-0924-x