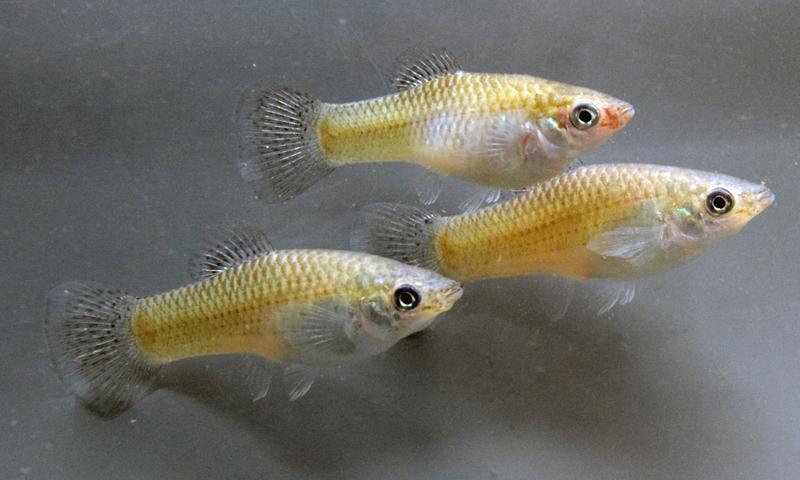 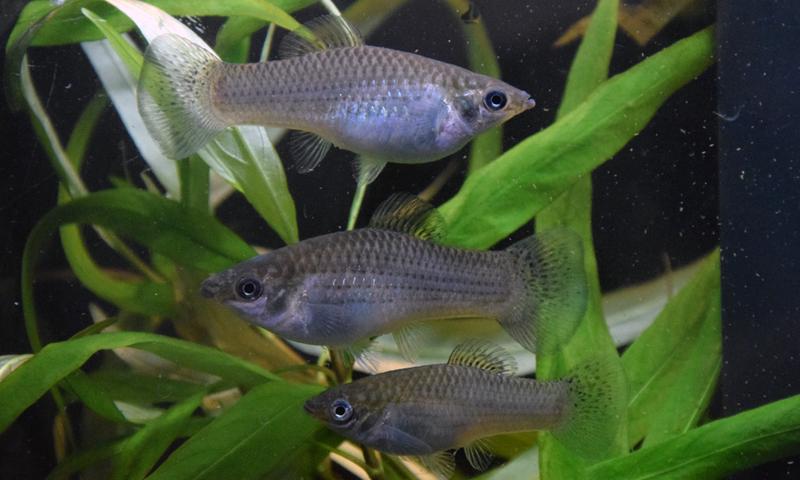 As the current study shows, fish with the highest level of familiarity act most aggressively towards each other. | Quelle: Photo: David Bierbach | Download
❮ ❯

Aggressiveness among animals may increase the longer individuals live together in stable groups. This is the finding of a recent study carried out by researchers from the Leibniz-Institute of Freshwater Ecology and Inland Fisheries (IGB). The study, published in the journal Animal Behaviour used the Amazon molly, a naturally clonal fish species that produces genetically identical individuals to isolate the effects of familiarity on behaviour. The study provides new insight into how groups function, and why it is sometimes better for fish to leave their group and join a new one.

Many animal species live in groups because cohabitation offers a number of advantages, such as when it comes to foraging, defence, and selecting a mate. Finding out how such animal groups form and function is a key issue in behavioural ecology. A new IGB study shows that group composition is dependent not only on environmental factors such as the availability of food, but also on the level of familiarity among group mates. Familiarity is often linked to kinship, making it difficult to disentangle these two factors in the past. However, this is not the case with the Amazon molly – being clones, these fish exhibit identical genetic relatedness. This meant that the researchers were able to manipulate the level of familiarity separately from the degree of relatedness in their study.

To achieve this, IGB scientist Carolina Doran and her colleagues David Bierbach and Kate Laskowski examined groups of Amazon mollies (Poecilia formosa) that had lived together for differing amounts of time – one day, seven days, and three weeks. After this familiarization period, the IGB team added a defensible food resource to each tank, and watched how each group behaved before and after the addition of the food.

Familiar fish can afford to be more belligerent

“We were surprised that the fish with the highest level of familiarity acted most aggressively towards each other,” stated David Bierbach, summing up the key finding of the study. The team had assumed that the opposite was the case: “Dominance hierarchies of Amazon mollies become established after living together for a while, and the fish are expected to have less reason to fight,” explained the IGB scientist. In the investigation, however, the Amazon mollies with the highest degree of familiarity exhibited considerable aggressiveness both before and after food was added. Manifestations of aggression included fish chasing other individuals in the tank. The fish that had lived together for just one day were the least aggressive, although aggression increased following the addition of food; this was also the case with the group that had been together for one week. Their aggression was more pronounced on the whole than that of the least familiar group.

Although the Amazon mollies behaved differently to the researchers’ expectations, their behaviour was plausible: “The fish that had been together longest were less stressed overall, and could afford, in a way, to be more aggressive,” explained David Bierbach. In fact, increased aggressiveness has its advantages: groups that have been together longer appeared to be less stressed in novel environments. If, however, they are so familiar with each other that the level of aggression increases too much, the researchers hypothesize that some individuals will leave the group and join others. This is how fission-fusion societies are formed, where individuals repeatedly change from group to group. Such dynamic living conditions are also common in other vertebrate species: dolphins, elephants, hyenas, bison and baboons also live in fission-fusion societies.

In another article, led by Kate Laskowski, the IGB scientists call for the increased use of studies with vertebrates that reproduce clonally in nature, such as the Amazon molly. Unlike artificially cloned animals such as the cloned sheep “Dolly”, natural clones have already proven their ability to survive in the wild, and are therefore may be more appropriate for explaining some biological processes. Besides disentangling familiarity and kinship, as was the case in the previous study, natural clones offer additional advantages: for example, the effects of mutations can be better understood when there is less initial variability in the genome. In addition, epigenetic effects, due to the specific activation and inactivation of particular sections of DNA, can be compared more effectively.

Moreover, when individuals with the same genetic makeup are reared in different surroundings, it is easier to monitor developmental processes in individuals relative to the different environmental conditions. Working with naturally clonal vertebrates may make an important contribution to ecological and evolutionary research, particularly, as shown above, to the analysis of transient properties such as aggressiveness.

About the Leibniz-Institute of Freshwater Ecology and Inland Fisheries (IGB):

The Leibniz-Institute of Freshwater Ecology and Inland Fisheries, IGB, is an interdisciplinary research centre dedicated to the creation, dissemination, and application of knowledge about freshwater ecosystems. Working in close partnership with the scientific community, government agencies, as well as the private sector, guarantees the development of innovative solutions to the most pressing challenges facing freshwater ecosystems and human societies. www.igb-berlin.de