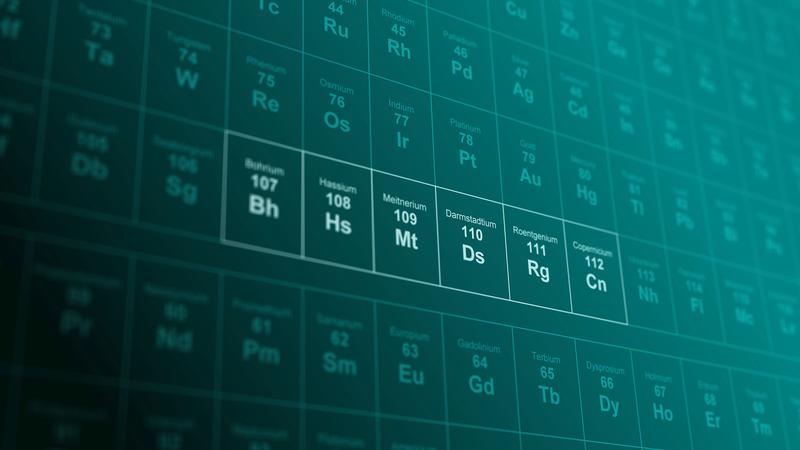 The six elements with the atomic numbers 107 to 112 have been discovered at GSI. | Quelle: Intermedial Design for GSI/FAIR | Download 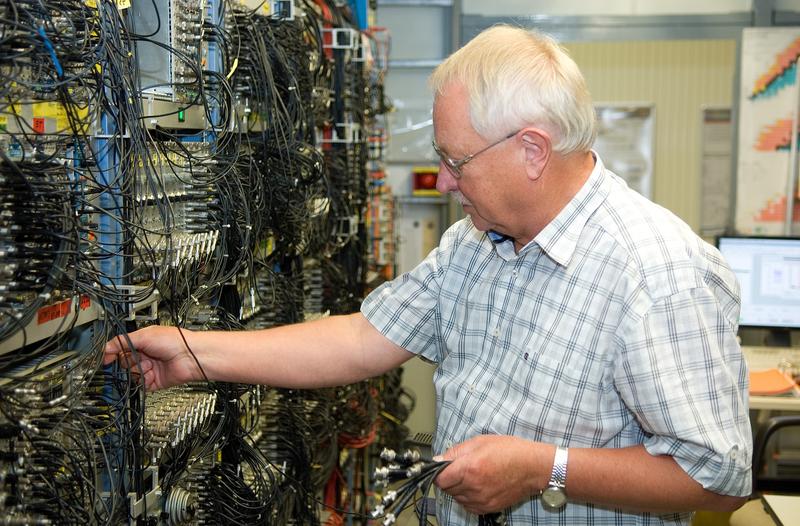 storic photo: Professor Sigurd Hofmann during his time as an active researcher at GSI at the experiment for the discovery of new elements. | Quelle: G. Otto / GSI Helmholtzzentrum für Schwerionenforschung | Download
❮ ❯

When exactly does a newly created element really exist? What requirements must be fulfilled for its measurement to be recognized and for the element to be added to the periodic table of chemical elements? And in the case of several claims, to whom is the discovery attributed, and thus the right to name it? In order to answer these questions in a field of rapidly advancing technology and friendly international competition, the criteria for element discovery have been revised and published in a preliminary report.

This means that specified standards exist now for scientists in search of new heavy elements that their measurements and publications have to meet. The report provides assistance in a field of research that Professor Sigurd Hofmann, co-author, element discoverer and longtime head of the search for heavy elements at the GSI Helmholtzzentrum für Schwerionenforschung in Darmstadt, describes as a "field of allure and romance".

“The terms ‘allure’ and ‘romance’ are not what one would expect in such a technical field," explains Hofmann, who is no longer an active scientist, but continues to support the research community with great enthusiasm in a voluntary capacity. "Already the authors of this report's predecessor, which was published back in 1991, described an element discovery as an event of particular importance. It cannot be compared with discovering a comet or a new kind of beetle as numerous of those findings can still be expected in the future. With elements, however, we know that there can be only a limited number. What we don't know is how many there will be. That makes an element discovery something special, and nothing has changed about that to this day." In this field, Hofmann is an expert, as he belongs to the discoverers of a total of six elements with atomic numbers 107 to 112 which were produced at GSI in Darmstadt and, among others, named after the state of Hesse and the city.

The report gives a definition of exactly what a new element is, and when a discovery is to be classified as such. The decisive criterion here is the proof that the element has a different number of protons in the nucleus than other previously known nuclides. As the newly generated heavy elements are usually unstable, the obvious — though not the only — way is to measure the element's decay chain which ends in known nuclides. Here the new element is directly connected with nuclei that have previously been identified in a so-called genetic relationship.

It is highly probable that the researchers will also produce future elements with the aid of fusion experiments at particle accelerators, as was in fact the case with the latest additions to the periodic table. The technical evidence can be brought using physical or chemical methods. These include, for example, separators, precision mass measurements or measurements of the characteristic x-ray radiation specific to an element. The boundary conditions for a discovery are described in detail in the report. Notes on the systematics of the measurements and measurement errors are also considered.

In case of more than one legitimate claim to the discovery of a new element, according to the criteria, it is crucial who was the first to hand in a contribution on their find to a recognized scientific journal. In other words, it is neither the date of production of the element nor the time of publication of the article that is decisive, but rather the date of submission. Additional assessment of the scientific content may be necessary so that even results published at a later point can potentially lead to a co-discovery.

Two international institutions are responsible for the recognition of an element: The International Union of Pure and Applied Chemistry (IUPAC) and Physics (IUPAP). Experts evaluate the scientific publications on new elements on the basis of the defined criteria. They grant the right of discovery, which goes hand in hand with permission to name the new element within the framework of the specified naming criteria. An element may only be named after an existing location, a substance property, a mythical term or a scientist.

At present, however, IUPAC and IUPAP are in stand-by position in this respect. Currently all artificially produced elements up to element 118 have been recognized and named. The research community must be patient until a new element is produced or discovered in order to apply the newly established criteria for the first time. "It is very likely that the next elements will be 119 and 120. They are next in line in the periodic table and thus the most likely to be produced," says Hofmann. "We are all curious to see when this will happen."