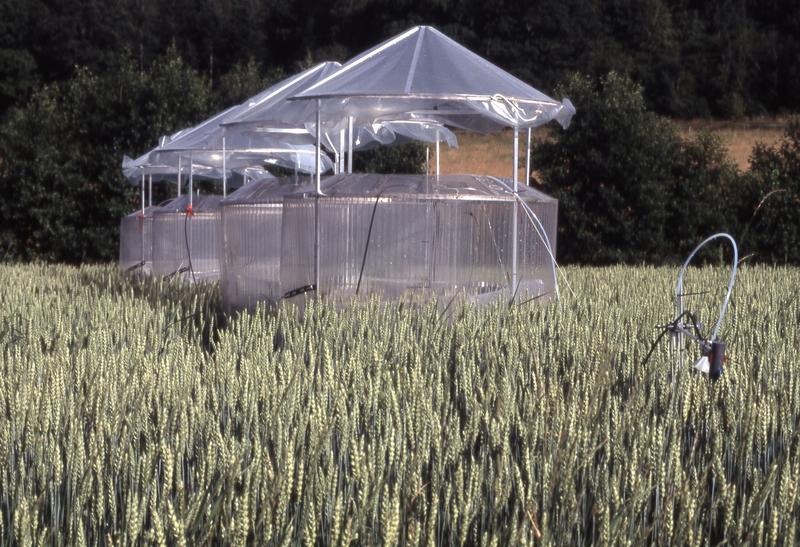 The increased concentration of ozone in the atmosphere has reduced crop yields. That is shown in a worldwide study in which University of Gothenburg researchers and others have investigated how tropospheric ozone affects global food production.

The researchers have compiled and analysed worldwide data from field experiments with ozone and scaled up the effects to the global level. The results show that plant uptake of tropospheric (ground-level) ozone sharply reduces the size of harvests.

The most important global crops – wheat, rice, maize and soybeans – are all sensitive to ozone, but ozone also seriously affects other crops. Ozone causes estimated global crop losses of 7 per cent for wheat and as much as 12 per cent for soybeans.

Tropospheric ozone has a negative impact on crops comparable to parasitic infestations or extreme drought.

“Climate-related effects rightly attract quite a lot of attention, but our study shows that widespread air pollution on a large scale also has a significant effect on global food production,” says Håkan Pleijel, professor of environmental sciences at the University of Gothenburg.

The results also indicate that there are large differences among different regions of the world. Food production is most vulnerable in Asia, especially in China and India.

Traffic is the biggest culprit

Nitrogen oxides and volatile organic substances, such as methane or benzene, account for the current high levels of tropospheric ozone. Industries of various kinds are large sources of emissions, but the main source of pollution is traffic. This points to the importance of reducing traffic and thereby lowering the level of emissions. The climate would also benefit because emissions of ozone-forming substances and carbon dioxide go hand in hand.

“Unfortunately, we do not live in the best of times for reduced emissions. China and India, for example, have a high risk of increased emissions because many more people there are obtaining cars,” says Pleijel.

“Certainly there is a greater awareness today than a few decades ago, but if Asia follows the Western model, there is a risk the positive effects of better technology will be cancelled out by steadily rising consumption and traffic,” says Johan Uddling, professor of plant ecophysiology at the University of Gothenburg.

The best strategy to reduce the problem of ground-level ozone is to strongly reduce the emissions of ozone forming substances. Since this is likely to take time, another strategy for reducing the impact of ozone involves developing more robust crops. A further approach is to change crop management approaches, such as planting or irrigating at the right time in relation to the highest ozone concentrations, thus avoiding excessive ozone uptake by the crops.

“For example, if farmers have good forecasts of ozone peaks, they can refrain from irrigating in connection with them. When plants have plenty of water, the stomata in their leaves are wide open and their uptake of ozone is especially large,” Uddling says.

For dry regions, the effects have been overestimated instead.

“Unlike previous global studies, this new study is based on the actual uptake of ozone rather than only the concentrations in the atmosphere. It is a big step forward,” says Pleijel.