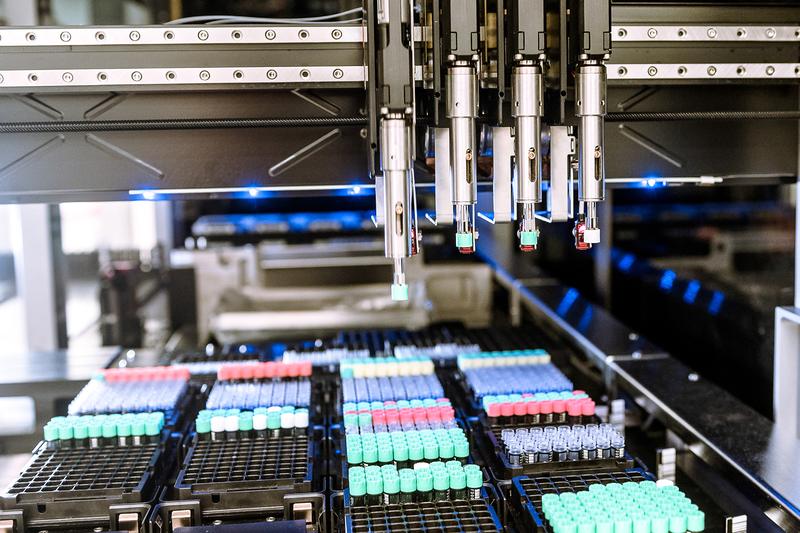 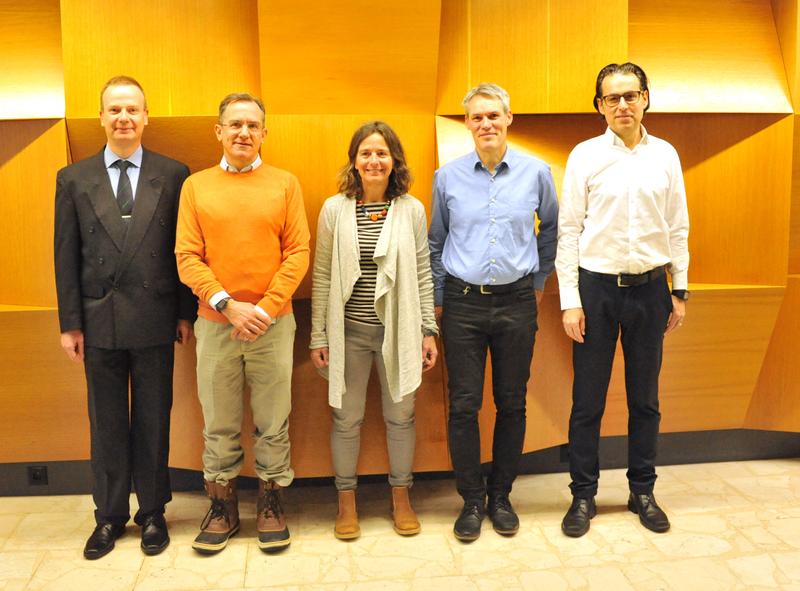 Precision medicine "tailored" to individual patients is regarded as the medicine of the future. It is already being practiced at the University of Bern and Inselspital, Bern University Hospital. The new Bern Center for Precision Medicine will exploit synergies and strengthen the medicinal location in Bern.

With the support of the Canton of Bern, the University of Bern and the Insel Gruppe have founded the Bern Center for Precision Medicine (BCPM). The BCPM started its operations in January. It will be officially opened on May 20 in the presence of the Director of Education, Ms. Christine Häsler.

Precision medicine incorporates individual characteristics in the treatment, such as genetic predisposition, environmental factors or lifestyle of patients. For instance, existing therapies can be “tailored” in order to avoid adverse effects and to save costs with respect to expensive treatments. Precision Medicine also enables the development of new therapies in which, for example, the body’s own immune system is mobilized in the fight against cancer. Previous therapies are stretched to the limits here, because they assume that human physiology functions similarly or the same way with all humans. But with complex diseases such as cancer, patients respond very differently to therapeutic attempts. Precision medicine takes this into consideration.

"With the Bern Center for Precision Medicine, we combine the strengths of the university and Inselspital, with their diverse research groups, infrastructures and clinics," says Christian Leumann, rector of the University of Bern. For Daniel Candinas, vice-rector for research at the University of Bern, this is a logical step: "Precision medicine is a team effort. Doctors and researchers combine their expertise with that of data analysts, and therefore empower clinicians with the best diagnosis and treatment options." Moreover, the scientific knowledge from the clinics and research groups will flow directly into teaching, says Leumann: "With a new medical curriculum we will be training the first generation of doctors in the field of precision medicine."

The Bern Center for Precision Medicine is able to use a large data treasure for research. "As the leading hospital group in Switzerland, we treat innumerable diseases in various stages, and thus have a solid collection of data, which can inform our clinical decisions," says Matthias Gugger, Director of Teaching and Research, Insel Gruppe. In the meantime, the Insel Gruppe attaches great importance to the protection of personal data: with the Insel Data Science Center it has a new infrastructure which meets the requirements for both data protection and security. Thanks to gene sequencing and bioinformatics, more and more scientific data is being collected, and this data can be analyzed and used for better treatment: "We want to make every patient’s plan of care as unique as their genes," says Gugger.

Because of its strong role in networking, the BCPM is not configured as a physical center, but as a coordination platform – like the Oeschger Center for Climate Change Research, which has proven to be successful in this form. "With such a structure, a maximum of impact can be achieved with a minimum of effort," says Rector Leumann. The BCPM is aligned on an interdisciplinary and cross-faculty basis and subordinated to the Exective Board of the University. It combines technical platforms such as the Inselspital’s "Liquid Biobank" or the University of Bern’s "Next Generation Sequencing" platform with organizational units such as the Department of Biomedical Research. Different fields such as genomics, health economics, data protection and statistics are brought together. Specific projects will develop new therapies and methods, also in cooperation with external partners from the realm of science and private enterprise.

"Precision medicine has a huge economic potential," says Mark A. Rubin, head of the Bern Center for Precision Medicine. "Investments in the field are being made internationally". The Canton of Bern, the University and the Inselspital of Bern have also invested, among other things in gene sequencing, in biobanks for the storage of biological samples, in hard- and software for learning from large amounts of data. "Now it's about using these technologies for diagnostics and research. This requires new and cost-efficient methods and procedures," says Rubin. The Bern Center for Precision Medicine is taking on this task in cooperation with other institutions, such as the Tumor Center of the Inselspital. "All of these initiatives will lead the medicinal location Bern into the future," says Daniel Candinas, vice-rector for research at the University of Bern. "And the economy will also benefit from a strong healthcare location and from precision medicine".

Precision medicine is already a reality at Inselspital Bern: for example, via the examination of lung cancer tumor tissue researchers can predict how the patient will respond to specific drugs such as PKI inhibitors. The BCPM aims to find new ways to prevent and treat disease, to develop new drugs and technologies to care for patients, and to develop new economic efficiencies for the health care system. Moreover, the national and international position of the University of Bern and the Inselspital in the field of precision medical will be strengthened.

The establishment of the center will be supported by the Canton of Bern as part of the performance mandate of the State Council to the University with a one-off addition of 3 million francs to the 2019 state contribution. Other than that, the center is financed with funds from the University, the Insel Gruppe, from the resources of the research groups involved in the center as well as from third-party funding. The center management team under Mark A. Rubin includes members from the University and Inselspital Bern. The content-related focus of the BCPM stems from ongoing projects. An official opening ceremony with Christine Häsler, Director of Education of the Canton of Bern, will be held on May 20.

Wissenschaftlicher Ansprechpartner:
Prof. Dr. Mark A. Rubin
Head of the Departement for Biomedical Research (DBMR) and Head of the Bern Center for Precision Medicine, University of Bern and Bern University Hospital
+41 31 632 88 65 / mark.rubin@dbmr.unibe.ch