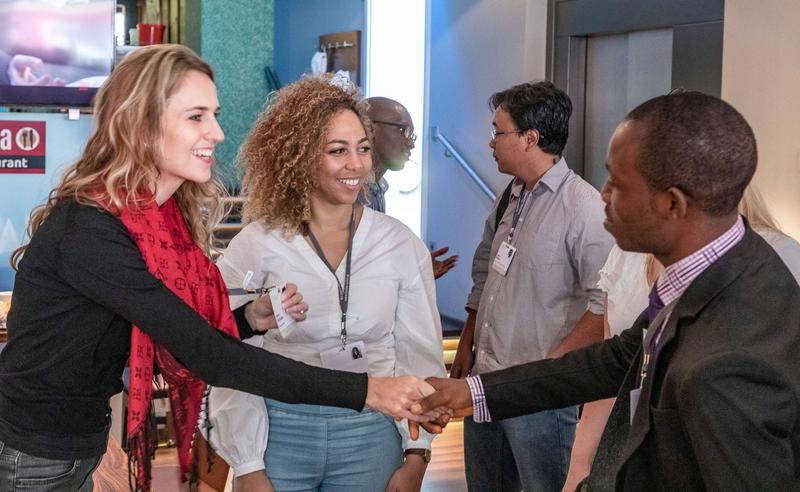 The selected young scientists are outstanding undergraduates, PhD students and post-docs under the age of 35, conducting research in the field of physics. They have successfully passed a multi-stage international selection process. About 140 science academies, universities, foundations and research-oriented companies contributed to the nominations.

“Considering the excellent group of applicants, the selection proved to be very challenging," says Rainer Blatt, Professor at the Institute of Experimental Physics at the University of Innsbruck. Blatt is a member of the Council and one of two Scientific Chairmen of this year's meeting. In addition to the selection process, he is also co-responsible for conceiving the scientific programme.

As usual, the group of participants will be extremely diverse. In addition to the major research nations such as the US, the United Kingdom, Germany, Japan and Israel, countries such as Jamaica, Sri Lanka and, for the first time, Mozambique and the Dominican Republic will be represented. “The percentage of women among the participants is 34 percent, which is good by international standards, considering that in physics men are still clearly in the majority,” emphasises Blatt. No less than 20 Nobel Laureates also have nominated young scientists for participation in the meeting. “Of course, these candidates were by no means preferred,” stresses the Scientific Chairman, “they had to go through the same rigorous selection process as anyone else – which means some of them had to be rejected.”

“One further challenge is to identify those candidates among the group of excellent scientists who are suitable for a Master Class,” adds Blatt. In this programme format, several young scientists will have the opportunity to present their own research to the Nobel Laureates. New programme formats introduced in 2018, including the Agora Talks during which one laureate engages with the audience, will be continued in 2019. There will also be Science Walks again. One Nobel Laureate and ten young scientists will get the opportunity for informal discussions during a walk in Lindau and the surrounding area.

Among the 42 participating laureates are the 2018 Nobel Laureates in Physics, Donna Strickland and Gérard Mourou. Eight further laureates will come to Lindau for the first time. South Africa, this year’s host country, will present itself as a research nation on the International Day – traditionally the Monday of the meeting week.

Since 1951, the Lindau Nobel Laureate Meetings offer scientists numerous opportunities to inspire and network with one another.