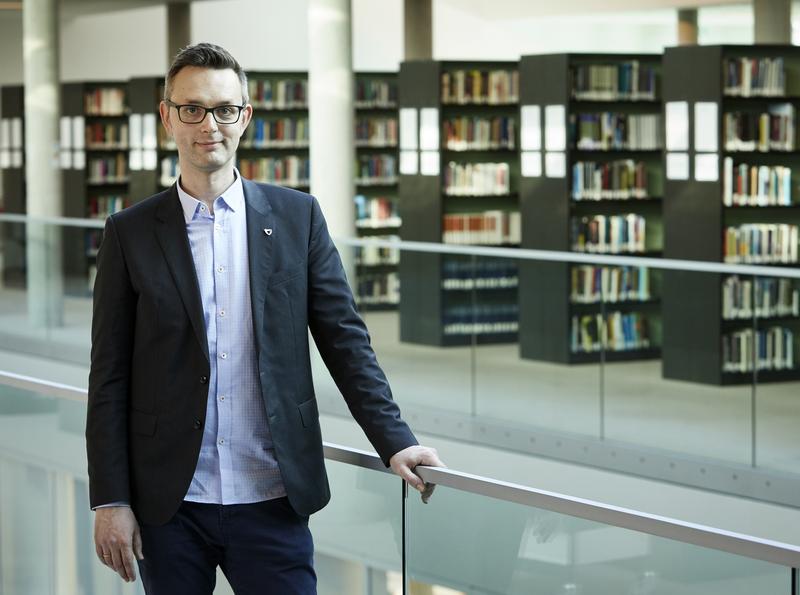 “We have a tremendous start-up potential on campus. The young people want to make a difference, they are looking for an outlet and they are enthusiastic about this opportunity," says Tilo Halaszovich. Recently, students at Jacobs University Bremen have gotten the opportunity to set up their own company as part of their studies. As startup coordinator, Halaszovich, Professor of Global Markets and Firms at the English-language university, is in charge of the support program, which he essentially initiated.

"Startup-Option" is the name of the program for which students from all departments can apply with their business idea in the 4th semester. In workshops they first receive feedback, weaknesses are identified and further steps are defined. Instead of completing an internship in the 5th semester or continuing their studies abroad, the participants concentrate on working out their business plan or even setting up their own company.

"The vision is that students will be able to start a business either parallel to their studies or at the end of their Bachelor's degree," says the 40-year-old. His role is to encourage them, to give them practical support and, in case of doubt, to advise them against starting a business. "The students are often completely absorbed by their idea. I also see my task in protecting them from themselves to a certain extent."

Four teams are currently in the program, several start-ups have already been founded, such as "Sharemac", a platform for renting and leasing construction machinery. Jacobs University's interdisciplinary approach benefits the students, who also have many contacts outside their faculty. "The programmer knows an engineer, who in turn knows an economist. The teams complement each other very well," says Halaszovich.

Since August 2017, he has been teaching and researching at Jacobs University. "I can't imagine any other place where I can discuss issues of globalization and corporate activities with such diverse and talented students," he said on the occasion of his appointment. Today he would put an exclamation mark behind this sentence and emphasize it strongly. "I consider working with our students as a privilege.”

Halaszovich teaches in the International Business Administration program, for which he is also the program chair. In his courses he meets students from various nations, some of whom grew up in industrialized countries, others in developing countries, others in emerging economies. "I can't just deliver 'pure teaching' here but have to reflect on it again and again against the background of the different experiences of the students. That's what makes Jacobs University so unique and exciting."

Apparently, his students share this affection - in 2018 they voted him "Teacher of the Year" in the Focus Area Diversity. One of the reasons is that he is always available for them outside the lecture hall. The award came as a surprise to Halaszovich and it means a lot to him. "When you make an effort and this is acknowledged, that's great."

His scientific heart, as he says, is still attached to another topic: the economic development of Africa. How can small and medium-sized enterprises and investments in Africa be promoted? What does it take to motivate North German SMEs to become active on the continent? How can local conditions be developed so that both sides can benefit, investors and local companies?

These are questions he is investigating as part of a research project with the German Society for International Cooperation (GIZ). At Jacobs University, Halaszovich, who spent seven years as a guest lecturer at the University of the Free State in South Africa, would like to establish a visible Africa competence that could lead to the founding of an African Research Group.

Enough to do, one might think. But there is more. Halaszovich, who enjoys hiking with his wife in his spare time and who goes in search of hidden treasures in geocaching, the modern form of paper chase, is a member of the board of the European Business Academy, the largest and most important association of scientists in his field in Europe. And he is involved in research collaborations between Jacobs University and companies or in the further training of employees, for example on the subject of brand management. "It does not get bo

This article is part of the series “Faces of Jacobs”, in which Jacobs University introduces students, alumni, professors and staff.