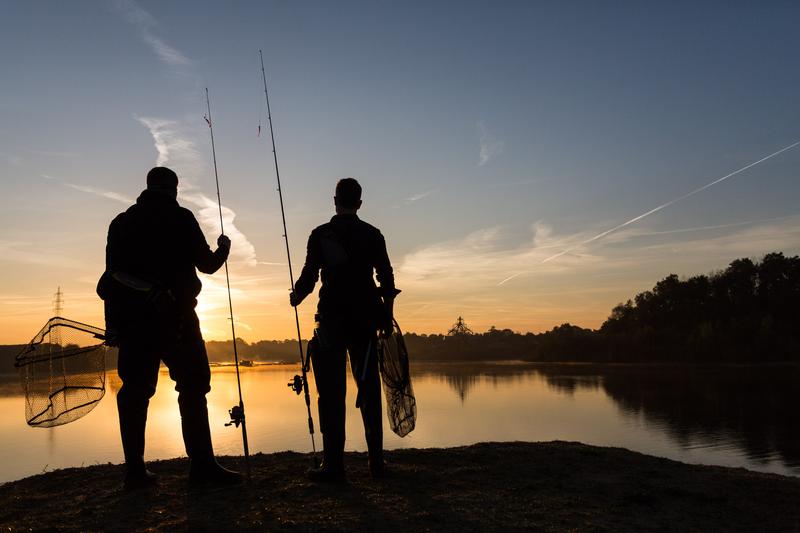 There are roughly five times as many recreational fishers as commercial fishers throughout the world. And yet, the needs and peculiarities of these 220 million recreational fishers have largely been ignored in international fisheries and conservation policy. This gives rise to conflicts and loss of social welfare, and is not conducive to the sustainable management of fish stocks. An international team of fisheries scientists, economists, sociologists and ecologists led by Robert Arlinghaus from the Leibniz-Institute of Freshwater Ecology and Inland Fisheries (IGB) has now presented a five-point plan to bring about reform.

Compared to commercial fishing, the social, economic and ecological importance of recreational fisheries is greatly underestimated in public and political perceptions. And yet, in many regions, the number of jobs dependent on recreational fishing exceeds the economic significance of commercial fishing. One in ten people living in industrialized nations fish for pleasure, amounting to around 220 million recreational fishers worldwide. In Germany alone, some four million anglers exist. The money they spend on their hobby helps support 52,000 jobs. Overall, commercial capture fisheries harvest about eight times the fish biomass caught by recreational fisheries. In inland waters in the temperate zone, however, recreational anglers are now the predominant users of wild fish stocks. The significance of angling is also steadily increasing in coastal and marine fisheries. In spite of that, fish stock and aquatic ecosystem management is primarily geared towards the needs of professional fishers or conservation. This may give rise to conflicts, as demonstrated by the recent examples of Baltic cod, and Red Snapper in the Gulf of Mexico.

Led by Professor Dr. Robert Arlinghaus from IGB and Humboldt-Universität zu Berlin, Germany, an international team of fisheries researchers, sociologists, economists and ecologists from Germany, Spain, Canada and the USA has now presented a five-point plan for reform of global fisheries and aquatic conservation policy in the journal Proceedings of the National Academy of Sciences of the United States of America. The proposal, which take into account the specific qualities and characteristics of recreational angling, are aimed primarily at national and international policymakers. “Even countries with strong governance for fisheries fail to integrate angling into their fisheries and conservation management system effectively. We are convinced that fisheries management and conservation measures would be more effective if the interests of anglers were given equal consideration to those of commercial fishers and other stakeholders,” stated the lead author of the study, Robert Arlinghaus, explaining his expectations of the reform process.

Five-point plan for reform of fisheries and conservation policy:

1. Explicitly integrate angling targets into aquatic ecosystem and fisheries management:
Sustainable management in the fisheries sector requires taking into account objectives specific to recreational fisheries, which differ considerably to those of commercial fisheries.

“Management tools applied in commercial fisheries, such as those under the umbrella of the concept of maximum sustained yield, are inappropriate in recreational contexts. Nonetheless, many countries adhere to traditional management systems, particularly in marine fisheries, and fail to recognise the high socio-economic value of recreational fisheries. Local water and nature conservation policy is also often more geared towards crowding out anglers from waters, rather than integrating them into polices. And yet it is clearly in the interests of recreational fishers to protect species and nature,” remarked Dr. Thomas Klefoth, fisheries biologist from the Angling Association of Lower Saxony, Germany, and co-author of the article.

3. Permit variable management approaches, and implement them at the local level:
A single fishery typically cannot satisfy the often conflicting objectives of a heterogeneous group of recreational fishers. As a consequence, standard tools, such as minimum-size measures and other harvest regulations applicable to all waters in a particular region are problematic. However, provisions and rules tailored towards local needs call for a degree of decision-making sovereignty on the part of anglers and other managers. As the examples of local private property fishing rights in central Europe show, it pays to involve anglers in local management measures, and to equip them with a certain level of management competencies for local waters via clubs and associations.

4. Use the right tools:
All anglers use a common pool resource, which may also be depleted by their activities. Many stocks are under high harvest pressure due to both professional fishers and anglers. Non-fishing factors such as river engineering and climate change also have a negative impact on fish productivity, which reduces even further some stocks’ resilience to fisheries. Under such circumstances, unpopular management strategies such as access restrictions or individually costly harvest tags are more appropriate than continuing to release annual licences permitting a theoretically unlimited number of anglers and individually unlimited landings.

5. Improve monitoring:
All these measures are only of any use if the most important stocks and waters are periodically assessed. The provision of high-quality, compelling data is ultimately also the responsibility of anglers. Only then can gradual overfishing be prevented, and management targets and strategies adapted, where needed. New technologies such as smartphone apps enable catches to be monitored and other data from and about anglers to be captured almost in real time. Some anglers and associations consider such technologies to be a form of surveillance, and are therefore against them. However, conflicts cannot be resolved or targeted management established without the use of modern monitoring techniques that enable the cost-efficient collection of data from hundreds of thousands of people. Anglers’ trust in the transparent and targeted use and analysis of such data must first be built up and secured long term.

“The five steps for policy reform call on policymakers, governments, science and stakeholders to take a proactive approach towards recreational angling. Fishers should be treated on an equal footing to other users of nature and the demands placed on it. Only then can the ever-growing conflicts with other claims to aquatic ecosystems and fish stocks be addressed. It is essential to maintain the quality of fisheries and nature as a whole, and this is only possible together rather than against one another,” Arlinghaus concluded.

About the Leibniz-Institute of Freshwater Ecology and Inland Fisheries (IGB):
Work at IGB combines basic research with preventive research as a basis for the sustainable management of freshwaters. In the process, IGB explores the structure and function of aquatic ecosystems under near-natural conditions and under the effect of multiple stressors. Its key research activities include the long-term development of lakes, rivers and wetlands under rapidly changing global, regional and local environmental conditions, the development of coupled ecological and socio-economic models, the renaturation of ecosystems, and the biodiversity of aquatic habitats. Work is conducted in close cooperation with universities and research institutions from the Berlin-Brandenburg region as well as worldwide. IGB is a member of the Forschungsverbund Berlin e.V., an association of eight research institutes of natural sciences, life sciences and environmental sciences in Berlin. The institutes are members of the Leibniz Association. www.igb-berlin.de/en