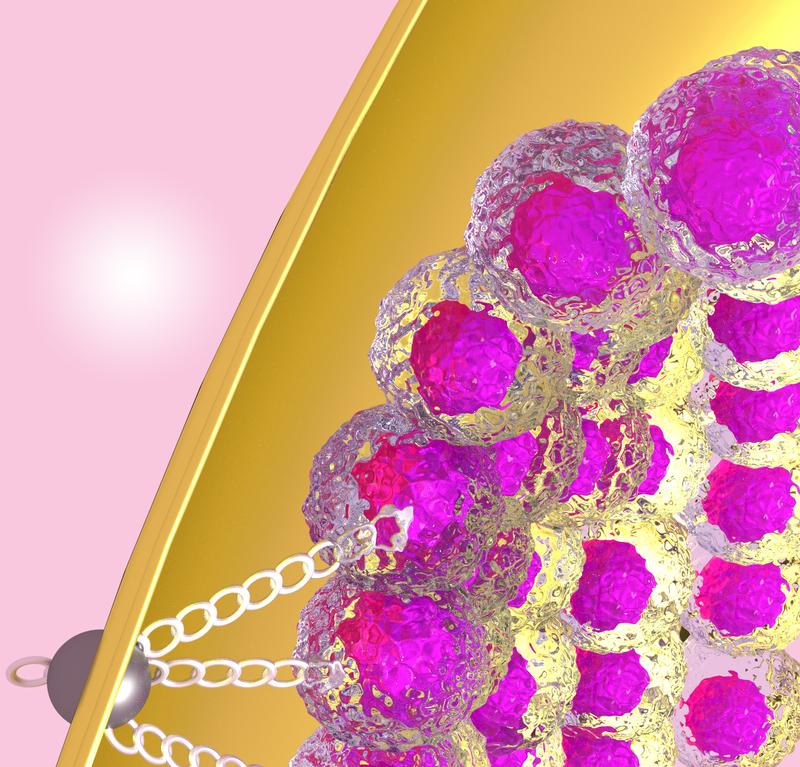 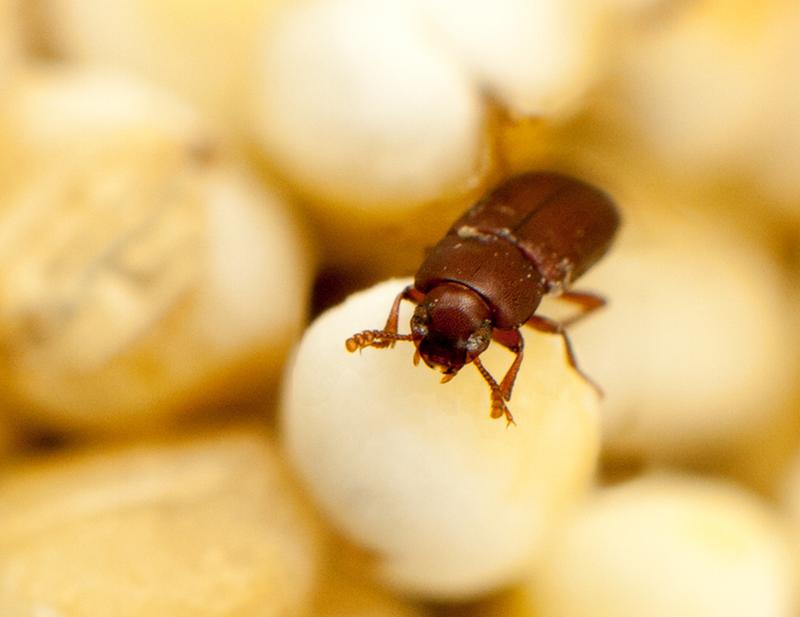 Everyone’s life has its milestones. Lewis Wolpert, a British developmental biologist, once said that it is not birth, marriage or death but gastrulation that is the most important event in life. Gastrulation describes the process during which the single-layered blastula (a hollow sphere of cells) is reorganized into a multilayered structure known as the gastrula. In the process, physical forces reshape the embryonic tissue to form complex body plans of multicellular organisms. In many embryos, the gastrulating tissue is surrounded by a rigid protective shell. So far, scientists did not know whether interactions between the living tissue and the protective shell provide additional forces that affect gastrulation. Studying the red flour beetle, researchers at the Max Planck Institute of Molecular cell Biology and Genetics (MPI-CBG), the Biotechnology Center of the TU Dresden (BIOTEC), and the Cluster of Excellence “Physics of Life” (PoL) recently discovered that the living tissue attaches firmly to the shell that surrounds the embryo. This attachment generates additional external forces that are required for proper gastrulation movements. The study is published in the journal Nature.

Gastrulation is one of the most intensely studied biological processes. During gastrulation, animal embryos undergo tissue flows and folding events that transform a simple monolayer of cells into a complex multi-layered structure called gastrula. This transformation is mainly driven by physical forces generated within the embryonic tissue itself. However, in most species, gastrulation happens within some form of rigid protective shell surrounding the developing embryo. To investigate how the interaction between the living tissue and the inner surface of the protective shell impacts gastrulation, an interdisciplinary team of researchers in Dresden studied this process in the red flour beetle Tribolium castaneum, an emerging model organism exhibiting spectacularly complex tissue movements during gastrulation. They discovered that the tissue attaches to the protective shell in a specific location and that this attachment generates additional external forces that contribute to accurate gastrulation movements.

The research team included biologists from the lab of Pavel Tomancak at the MPI-CBG and physicists from the research group of Stephan Grill who is both a professor at BIOTEC and a director at MPI-CBG. The researchers investigated the tissue movements during the early development of two insects, Tribolium and Drosophila, using Dresden’s signature approach of combining theory and experiment. They first imaged the dynamic development of Tribolium with state-of-the-art light sheet microscopy. Then, they applied a biophysical theory to the measurements and came to a surprising conclusion that an additional force must be involved to explain the gastrulation movements. But what could it be? Stefan Münster, the lead author of the study who was supported by an interdisciplinary postdoctoral fellowship from the Center for Systems Biology Dresden (CSBD), explains the discovery: “We found through embryological experiments that the unknown force originated from the attachment of the gastrulating tissue to a specific location of the protective shell. We then figured out the molecular components required for this attachment and showed that they also play a role in the gastrulation movements of the fruit fly Drosophila.”

These findings uncovered a thus far overlooked mechanism contributing to the physical reshaping of tissues during animal development. Bridging physics and biology, Stefan Münster worked with physicist Alexander Mietke and biologist Akanksha Jain on both the theoretical modelling and experimental validation of the proposed attachment mechanism. “It was an exciting journey from physics to biology and back”, says Stefan Münster. “We were the first to use the red flour beetle for biophysical investigations. By looking at this beetle, we learned something new about the tissue flow during gastrulation – the anchoring of the tissue to the shell. This interaction has so far been missed when looking only at Drosophila”, summarizes Stefan Münster the findings. Stephan Grill adds: “Dresden is an ideal place to pull of such a study. We have biologists studying diverse model species at the MPI-CBG and theorists capable of modelling the physics of biological processes at the CSBD. In fact, we are just starting a new institute at TU Dresden, the Cluster of Excellence “Physics of Life”, focusing on exactly these types of interdisciplinary topics.”

Besides physics, these results also open new perspectives on how gastrulation may have evolved between species. “Despite being a signature event of early development that sets the tone for the rest of the animal’s life, gastrulation is very flexible and even related species show widely different gastrulation folds and movements” says Pavel Tomancak. “How and why gastrulation evolved so rapidly is a long-standing mystery in evolutionary biology.” The work of the Dresden team points towards localized interaction of the living tissue with its protective environment as one of the mechanisms contributing to the diverse ways, an animal can develop.

About the MPI-CBG
The Max Planck Institute of Molecular Cell Biology and Genetics (MPI-CBG) is one of 84 institutes of the Max Planck Society, an independent, non-profit organization in Germany. 500 curiosity-driven scientists from over 50 countries ask: How do cells form tissues? The basic research programs of the MPI-CBG span multiple scales of magnitude, from molecular assemblies to organelles, cells, tissues, organs, and organisms.

About the BIOTEC
The Biotechnology Center (BIOTEC) was founded in 2000 as a central scientific unit of the TU Dresden with the goal of combining modern approaches in molecular and cell biology with the traditionally strong engineering in Dresden. Since 2016 the BIOTEC is part of the central scientific unit “Center for Molecular and Cellular Bioengineering” (CMCB) of the TU Dresden. The BIOTEC plays a central role within the “Health Sciences, Biomedicine and Bioengineering” Research Priority Areas of the TU Dresden, fostering developments in the field of Molecular Bioengineering. The center provides an interface between biology and engineering and focuses on cell biology, nanobiotechnology, and bioinformatics. www.tu-dresden.de/biotec

About PoL
The Cluster of Excellence “Physics of Life” (PoL) at the TU Dresden will concentrate on the underlying laws of physics that govern the organisation of life into molecules, cells and tissues. The cluster will shed light on tissue formation and structure, while unveiling the mechanisms by which cells organise their inner workings. PoL is a collaboration between scientists of TU Dresden and other DRESDEN-concept research institutions such as the Max Planck Institute of Molecular Cell Biology and Genetics (MPI-CBG), the Max Planck Institute for the Physics of Complex Systems (MPI-PKS), the Leibniz Institute of Polymer Research (IPF), and the Helmholtz-Zentrum Dresden-Rossendorf.

About the CSBD
The Center for Systems Biology Dresden (CSBD) is a cooperation between the Max Planck Institute of Molecular Cell Biology and Genetics (MPI-CBG), the Max Planck Institute for the Physics of Complex Systems (MPI-PKS) and the TU Dresden. The interdisciplinary center brings physicists, computer scientists, mathematicians and biologists together. The scientists develop theoretical and computational approaches to biological systems across different scales, from molecules to cells and from cells to tissues.