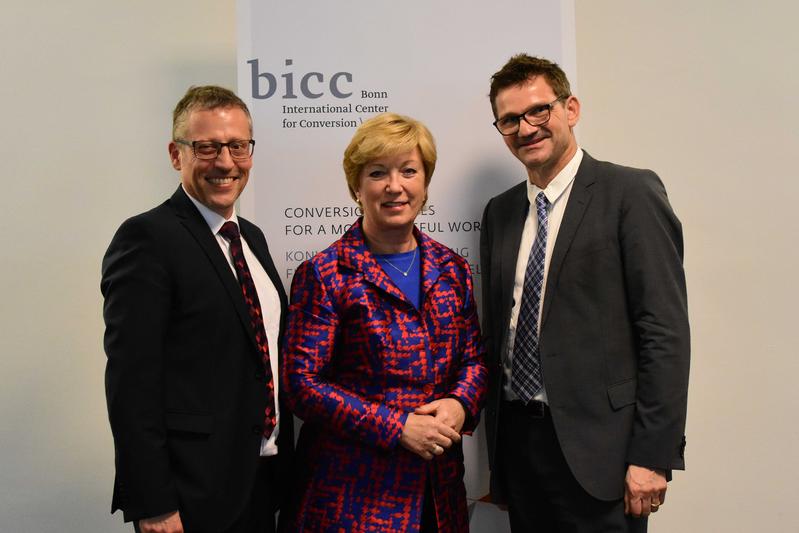 BICC (Bonn International Center for Conversion) was founded in April 1994 as a non-university think tank of the State of North Rhine-Westphalia on the initiative of the then Minister President Johannes Rau and the then UN Secretary-General Kofi Annan. Today, BICC is the largest peace and conflict research institute in North Rhine-Westphalia.

"After the end of the Cold War, the conversion of former military resources was an important focus of peace and conflict research. Today, BICC combines empirical research in conflict regions with targeted transfer to politics," says BICC Director for Research, Conrad Schetter, describing the development of his institute. BICC advises, among others, the United Nations, the Federal Foreign Office and the African Union on issues ranging from concrete approaches to peace negotiations and the demobilisation of combatants to small arms control.

The non-university peace and conflict research institute BICC with an international staff is the only one in Germany to be regularly listed among the 100 most important think tanks in the world. It is a member of the Johannes-Rau-Research Community. The Director for Research of BICC holds a professorship for peace and conflict research at the Rheinische Friedrich-Wilhelms University in Bonn.