Excellent catering: How a bacterium feeds an entire flatworm 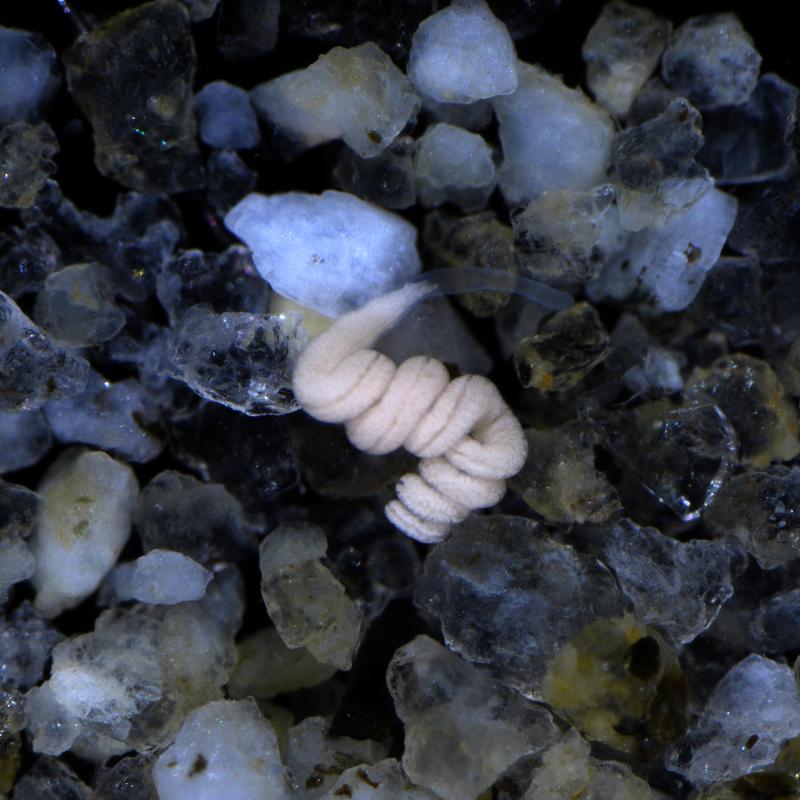 Paracatenula inhabits the sediments of warm regions in sheltered sandy habitats. The white coloration of Paracatenula is due to its bacterial symbionts that carry a variety of storage substances. | Quelle: Oliver Jäckle/Max Planck Institute for Marine Microbiology | Download 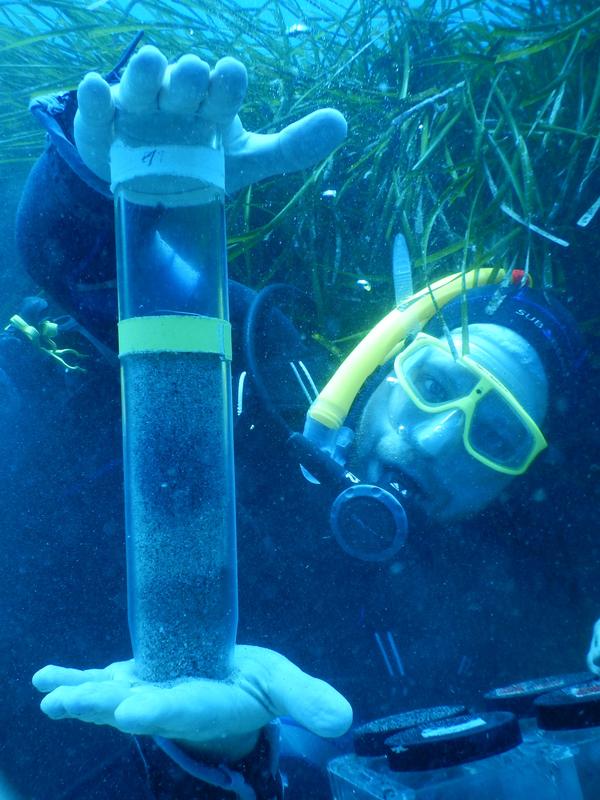 Harald Gruber-Vodicka from the Max Planck Institute in Bremen in the field nearby the seabed in which Paracatenula lives with its bacterial symbionts. | Quelle: Manuel Kleiner | Download
❮ ❯

In the sandy bottom of warm coastal waters lives Paracatenula – a small worm that has neither mouth, nor gut. Nevertheless, it lacks nothing thanks to Riegeria, the bacterium that fills most of the body of the tiny worm. Riegeria looks after its host – it is farmer, quartermaster and cook all in one. An international team of researchers led by Harald Gruber-Vodicka and Oliver Jäckle from the Max Planck Institute for Marine Microbiology in Bremen has now deciphered how the bacteria supply the worm with nutrition, publishing their results in the journal PNAS.

Whether on an expedition to Antarctica, in space travel or while camping - if we cannot get our food from our surroundings, we have to pack provisions. Researchers from Bremen have now discovered an astounding bacterial provider of provision packages in the sandy seabed off the island of Elba in the Mediterranean. A single symbiotic bacterium provides its host with everything it needs – to such perfection that its host, tiny worms called Paracatenula, no longer has a mouth or gut. And the bacterium even serves the food in handy portions.

A perfect match: together for 500 million years

The bacteria and the worm have been a couple for at least 500 million years. Over these years, the symbiont has reduced its genome and has only kept essential functions. Despite this reduction, it supplies the worm with everything it needs to thrive. "The symbiont´s food packages for sure contain lipids and proteins, but likely also sugars and fatty acids, vitamins and a number of other substances for energy and biomass supply," says Harald Gruber-Vodicka, initiator and head of the study. "We have not seen anything like this in any other symbiosis – that, despite such a reduced genome, a single bacterium can produce so many different substances and make them available to its host".

Where plants use light as energy source for the production of biomass, the symbionts use chemical energy in a process called chemosynthesis. They convert carbon dioxide into organic compounds with the energy from hydrogen sulphide, a common compound in the sediments with the smell of rotten eggs. Such organics then serve the host as food.

Sustainable harvest in the Paracatenula symbiosis

A big surprise for the scientists was the mode of how the symbiont is thought to supply its host. "In all chemosynthetic symbioses known to date, the host digests the bacteria to access their nutrients," explains Oliver Jäckle, who carried out the study as part of his doctoral thesis. "Other chemosynthetic symbionts additionally use so-called transporter proteins that deliver nutrition to their hosts. In the Paracatenula symbiosis, we did not find either in large quantities. Everything pointed to a different mechanism." It was only shortly before the completion of his dissertation that Jäckle and Gruber-Vodicka with the help of their colleague Niko Leisch and his electron microscopy work were able to solve this puzzle: The bacteria supply the worm with many small, droplet-like vesicles "It's a bit like a fruit garden," Gruber-Vodicka describes this observation. "The bacteria continuously bear fruit, which the worm reaps. In other symbioses it’s more like harvesting a cornfield, their bacteria are completely mowed down, the worm digests most of the bacterial cells. This emphasizes how imaging analyses can be key for in-depth understanding of the physiology of bacteria-animal interactions."

New insights thanks to an interdisciplinary approach

The presented study provides unprecedented insights into how a symbiosis between bacteria and their gutless host works. Besides the imaging, a widespread comparison with similar symbioses, for example from mussels or tubeworms, contributed to a detailed understanding of this symbiosis." Our interdisciplinary work, which combined genomics with biochemical and electron microscopic investigations as well as physiological experiments allowed us to look at the symbiosis from different perspectives ," as Jäckle points out. Mixing these insights with a lot of patience, Jäckle managed to keep and grow Paracatenula in the laboratory for now more than three years.

Building on these exciting results, Jäckle, Gruber-Vodicka and their colleagues now plan to use the worm’s genome to look at its role more closely. "The worm has no means to excrete but also does not appear to have some kind of cellular dumpster. Everything the bacteria provide is apparently used by the worm, one way or the other," says Gruber-Vodicka. Another avenue for research comes from the fact that Paracatenula does not only occur in the Mediterranean Sea. The researchers have collected them from several sites worldwide. They are currently comparing how symbionts from different host species solve the food provisioning, but also how these processes have evolved in Paracatenula lineages that have split into different species tens to hundreds of millions of years ago.

Anhang der PM
Paracatenula worms in the laboratory where the flatworms live in glass vials filled with sand and seagrass pellets. With this approach the worms can be kept for more than three years.