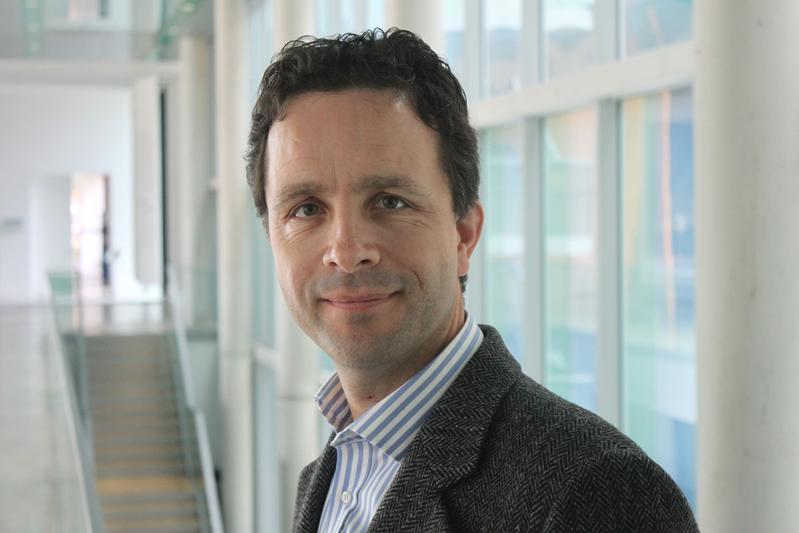 T cells are white blood cells of the immune system that have amazing properties: they can detect cancer cells and virus-infected cells in the body, and they can often even attack and eliminate such disease agents. This is why T cells are an important part of the immune response that a patient makes against tumors and viruses. Researchers from Jacobs University Bremen, led by Prof. Sebastian Springer, and from the Technical University of Denmark have now co-founded a company to sell reagents that help doctors and scientists track down T cells and determine what disease factors they can attack.

When an immune response against a tumor takes place, the tumor-fighting T cells in the blood of the patient multiply. To find out how well a treatment is working, scientists and doctors want to check how many tumor-specific T cells there are. The tumor-specific T cells can be detected because they carry on their surface a so-called T cell receptor. The scientists use a so-called MHC protein, which binds to the T cell receptor, to color these T cells and observe them under the microscope or in a high-throughput machine called a flow cytometer.

The MHC proteins that are needed for T cell detection were previously really difficult to produce, and that used to be a bottleneck in research and diagnosis. "Whenever a researcher needed MHC proteins, they had to ask a company to make them, and the process took four to six weeks", explains Springer. "Of course, that created big problems if they had a sick patient they wanted to diagnose, or if they were following a really urgent scientific project. The problem was that every MHC protein contains a little piece of a tumor or virus called a peptide, which varies from one patient to the other, and without the peptide, the entire protein complex was unstable and perished quickly, even if it was kept in the fridge."

Already some years ago, Springer and his group constructed a super-stable form of the MHC protein by introducing a so-called disulfide bond. As a result, the MHC proteins are now stable without the little peptide and can be stored in their empty form. Just before use, the patient-specific peptide is then added. When Springer and his group recognized the potential of this new technology, they filed a patent application.

"Our colleagues at the Technical University of Denmark in Copenhagen then showed that the disulfide-stabilized MHC protein can be used in diagnostic procedures on patients", says Springer. "Together, we then realized that we should set up a company to sell our new MHC proteins."

The new company, which is based on ten years of research at Jacobs University and is called Tetramer-Shop (after the scientific name of the MHC protein reagents), opened on March 1st. Prof. Springer is chairman of the scientific advisory board of the company, further founders are Prof. Dr. Sine R. Hadrup from the Danish Technical University and Dr. Sunil Kumar Saini, also from the Danish Technical University, as well as former employee of Prof. Springer. The CEO is Søren N. Jakobsen.Their customers are research and diagnostic laboratories worldwide, and the first orders have already been filled. The company is owned by the scientists who developed and validated the technology, and by Jacobs University. Tetramer-Shop has received a start-up grant from the Danish Technical University. On the part of Jacobs University, Ronald Kieschnick, Head of Research and Transfer, supported the founding of the company.

"The founding of Tetramer-Shop is a good example of what is possible at Jacobs University through excellent research and international cooperation," said Prof. Dr. Michael Hülsmann, President of Jacobs University.

Questions will be answered by:
Sebastian Springer| Professor for Biochemistry and Cell Biology
s.springer@jacobs-university.de | Tel.: +49 421 200- 3243

About Jacobs University Bremen:
Studying in an international community. Obtaining a qualification to work on responsible tasks in a digitized and globalized society. Learning, researching and teaching across academic disciplines and countries. Strengthening people and markets with innovative solutions and advanced training programs. This is what Jacobs University Bremen stands for. Established as a private, English-medium campus university in Germany in 2001, it is continuously achieving top results in national and international university rankings. Its more than 1,400 students come from more than 100 countries with around 80% having relocated to Germany for their studies. Jacobs University’s research projects are funded by the German Research Foundation or the EU Research and Innovation program as well as by globally leading companies.