CHE Ranking: Good Grades for the University of Bremen 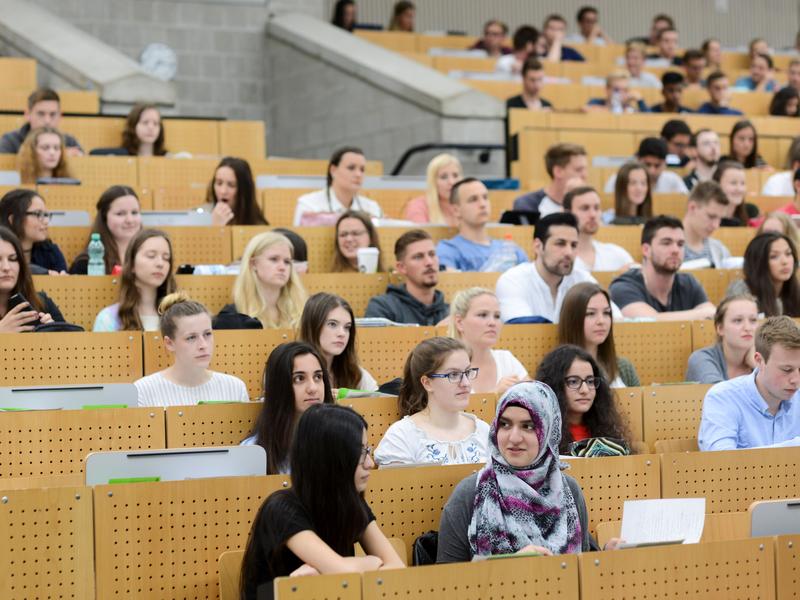 In the current university ranking by the Centre for Higher Education Development (CHE), the University of Bremen occupies the top positions for degree courses in linguistics, literature, engineering, education, and psychology. There were very good overall assessments in the categories of international orientation in bachelor’s and master’s studies, support at the beginning of studies, external funding per scientist, and doctorates per professorship. The weekly newspaper DIE ZEIT published the results in the ZEIT Study Guide 2019/2020 and on ZEIT CAMPUS ONLINE at www.zeit.de/che2019 (in German only).

The engineering sciences were rated very highly several times in the ranking. They received the best possible rating in the top group when it came to securing external funding and providing support at the beginning of studies, as well as for the international orientation of their master’s programs. “In recent years, we have invested heavily in support programs for our first-year students in the STEM area,” says Professor Thomas Hoffmeister, Vice President Academic at the University of Bremen. Above all, a lot of money has been invested in concrete measures from the Quality Pact for Teaching program financed by the Federal Government. “We are pleased to see that the positive results are now also reflected in this ranking,” says the Vice President.

Also recipients of the best possible rating in the top group were degree courses in linguistics and literature at the University of Bremen – specifically for the international orientation of its bachelor’s and master’s programs. “The results show that our university is becoming more and more visible both in Europe and worldwide, with its partners numbering over six hundred,” said the Vice President. Self-critically, he adds: “In linguistics and literary studies, we are still working on ensuring that graduates do not have to extend their study period because of their stays abroad.

The psychology degree course received very good ratings in the category of doctorate per professorship. This, too, was gratifying, says the Vice President. Almost all professorships have now been filled, and the subject is currently being restructured. Education was placed in the top group in the category of external funding per scientist.

YUFE: For a European University

Information on the CHE Ranking

The CHE ranking examines more than 300 universities and universities of applied sciences throughout Germany. It collates information on a total of 30 subjects. Each subject is reevaluated every three years. Many prospective and current students take careful note of the CHE ranking.

About the University of Bremen

Top-performing, diverse, reform-minded, and singularly cooperative – that about sums up the University of Bremen. Around 23,000 people learn, teach, research, and work on its international campus. Their shared goal is to contribute to the advancement of society. With well over 100 degree programs, the range of subjects offered by the University is broad. As one of Europe’s leading research universities, it maintains close cooperation with non-university research institutions in the region. This spirit of cooperation led to the founding of the U Bremen Research Alliance in 2016. The University’s competence and dynamism have also attracted numerous companies to settle in the technology park surrounding the campus. This has created an important national location for innovation – with the University of Bremen at its heart.