Relay station in the brain controls our movements 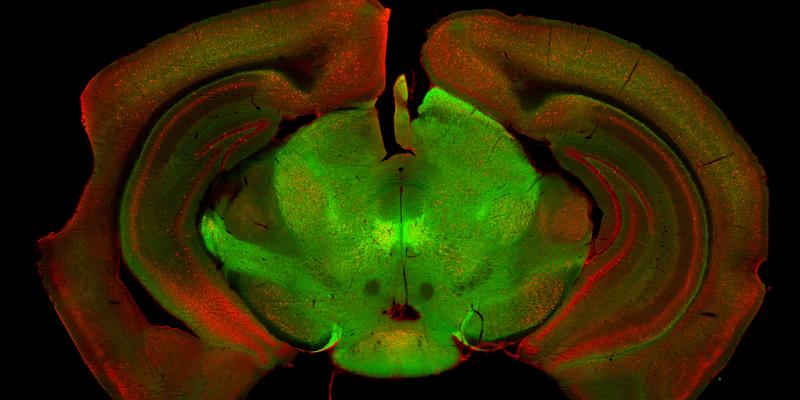 The relay station of the brain, the substantia nigra consists of different types of nerve cells and is responsible for controlling the execution of diverse movements. Researchers at the University of Basel’s Biozentrum have now characterized two of these cell populations more precisely and has been able to assign an exact function to each of them. The results of the study have now been published in Cell Reports.

Whether we move our arms, legs or the entire body, every movement is centrally controlled by our brain. Different brain regions and neuronal networks play an essential role in this process. This includes the substantia nigra, which has been minimally investigated so far. Like a relay station, this region receives and distributes signals in order to appropriately orchestrate the execution of a desired movement. Using a mouse model, Prof. Kelly Tan's research group at the Biozentrum, University of Basel, has now identified two cell populations in the substantia nigra that are responsible for different aspects of locomotion.

Correct movement thanks to teamwork of neuron populations

The research team investigated the substantia nigra anatomically, genetically and functionally. It became apparent that this region consists of several different types of nerve cells. The researchers could identify two of the populations and describe them in more detail. While one population is responsible for initiating a motor task, the second population ensures the continuity of the desired movement. “The heterogeneity of neuronal populations in the brain, also in the substantia nigra, is a well acknowledged concept. In our study, not only we decipher the function of two nerve cell groups, but we also show that they work together to produce correct locomotion,” says Giorgio Rizzi, first author of the study.

Signals for movement control are interrupted in Parkinson’s disease

The findings of the study are also important in regard to Parkinson’s disease. Patients suffer from motor control abnormalities because certain nerve cells degenerate. “Interestingly these cells are interaction partners of the population we identify as essential for movement initiation. This means that the signals of the cell population are no longer received and transmitted; and this dysfunction may underlie the movement initiation impairment symptom observed in Parkinson’s disease patients,” says Kelly Tan.

In the future, the research team aims to continue identifying other cell populations of the substantia nigra and elucidate their motor functions. “With regard to Parkinson's disease, we will assess how each network is altered as a result of the disease and how this affects movement. If we understand the circuit modifications, we may find a way to tackle this neurodegenerative disorder and relieve the symptoms of Parkinson's disease patients,” states Kelly Tan.