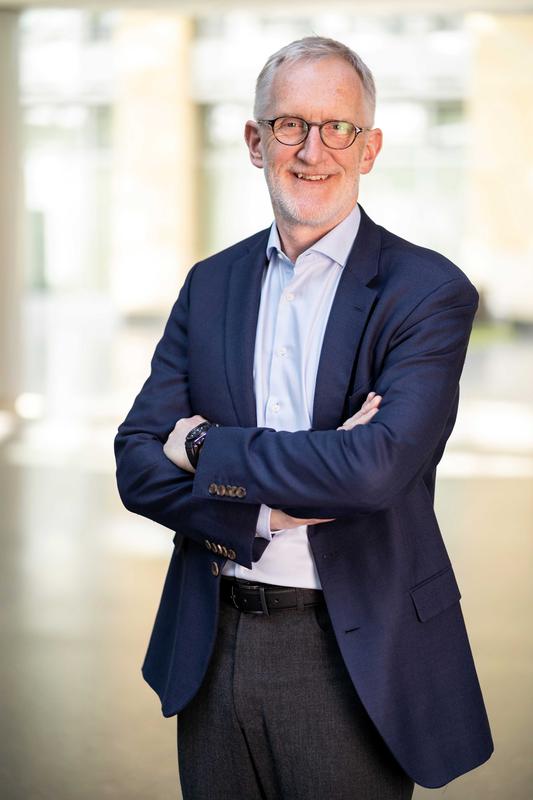 On June 1, 2019, Professor Christof von Kalle will become a tenured professor of clinical translational sciences at the Berlin Institute of Health (BIH) and Charité – Universitätsmedizin Berlin. The cancer expert will head the joint BIH and Charité Clinical Study Center as founding director and BIH Chair. Christof von Kalle helped establish the National Center for Tumor Diseases (NCT) in Heidelberg, where he served as Director for more than ten years. As a result, he has a wealth of experience in the BIH’s main area of focus: translational medicine, i.e., the transfer of research results into clinical practice.

“We are delighted to be gaining a top-class scientist and research manager with the appointment of Christof von Kalle,” says Professor Axel Radlach Pries, interim Chairman of the BIH Executive Board and Dean of Charité. “His expertise in clinical translation – a central aim of the BIH – as well as in cancer research and research management, will help us further develop the BIH into an internationally renowned beacon of translational medicine.”

Christof von Kalle will be heading the BIH and Charité’s newly established Clinical Study Center. This center brings together study activities being conducted at the two institutions’ various locations and will offer support to all clinical researchers in the planning, conducting, and evaluating of their clinical studies. “The Berlin life sciences scene has a great deal of expertise in the different phases of clinical testing,” says Kalle. “I intend to create a consolidated structure here that enables the various partners to cooperate in a beneficial way.”

The cancer researcher and oncologist, who headed the National Center for Tumor Diseases (NCT) in Heidelberg for many years, sees translational research as the greatest opportunity for new therapies to be transferred from bench to bedside as quickly as possible. There is already an NCT partner site in Dresden, and Kalle can envisage another being established in Berlin. “I think a translation center focused on oncology is a great idea,” he says. “I would certainly like to support my colleagues at the Charité Comprehensive Cancer Center in setting up a translational tumor center here in Berlin.” The scientist also sees his own field of research, gene therapy, as a suitable environment for translational activities. While he doesn’t imagine his new role will give him time to conduct his own research, he does hope to set up junior research groups in this field. He sees particularly exciting opportunities in gene therapies for rare genetic disorders, including those of the hematopoietic system, but also in tumor immunotherapy with CAR T cells: “I believe we will see this therapy being used to treat certain tumor types within the next few years.”

Christof von Kalle was also recently appointed to Jens Spahn’s Council of Experts. “This council advises the Federal Minister of Health on fundamental issues of overuse, underuse, and misuse in the healthcare system,” explains von Kalle. Over the coming months, this panel of experts will deal intensively with the topic of digitalization in medicine – a subject that is very close to Christof von Kalle’s heart. The physician is already working on a “data box” that collates patient health data and can be accessed by the patients themselves. “As a patient,” he further explains, “I must be able to decide for myself to whom and to what extent I want to make my data available – whether it be for the physician who is treating me or for a scientist who is working on a new therapy.”

Christof von Kalle studied medicine at the University of Cologne from 1981 to 1987 and earned his doctorate there in hematology/oncology. He specialized in gene therapy during research stays at Memorial Sloan Kettering Cancer Center in New York and at Fred Hutchinson Cancer Research Center in Seattle, and became group leader of the Gene Therapy Program at the University of Freiburg in 1996. Starting in 2002, he served concurrently as professor of pediatrics and program leader of the Gene and Molecular Therapy Program at Cincinnati Children’s Hospital Medical Center in the United States. In 2005 he accepted an appointment as professor of translational oncology at the German Cancer Research Center (DKFZ), where he played a pivotal role in establishing the National Center for Tumor Diseases (NCT), a joint institution of DKFZ and Heidelberg University Hospital. For many years he served as spokesperson of the NCT’s Board of Directors. Since April 2018, he has also held the position of chief research officer at the Sidra Institute for Women and Children’s Health in Doha, Qatar.

Christof von Kalle is married and has two adult children. He is looking forward to the move to Berlin, and not purely for professional reasons: “I have visited Berlin regularly and always enjoy my time there – it is a great city. My family and I are now very much looking forward to getting to know Berlin more deeply.”