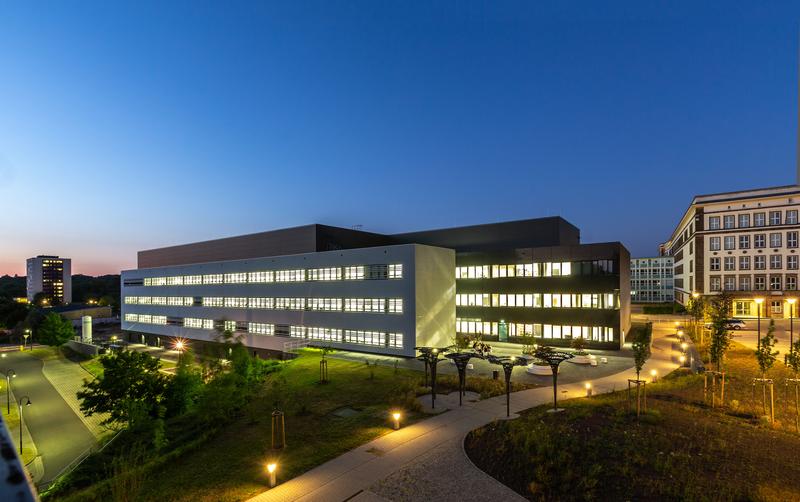 A new research training group will start conducting research on proteins at the Martin Luther University Halle-Wittenberg (MLU) in June 2019. Its research will focus on a specific class of proteins that is responsible for conducting many important functions in the human body and is also involved in the development of major diseases. The research training group (RTG) 2467 "Intrinsically Disordered Proteins - Molecular Principles, Cellular Functions, and Diseases" will receive about four million euros in funding from the Deutsche Forschungsgemeinschaft (DFG, German Research Foundation).

Proteins are key players in the human body. They are essential building blocks of all human cells and control vital processes. Their malfunctioning is associated with the development of severe diseases, such as cancer. One example is the protein p53 that is often referred to as the "guardian of the genome". In case the genetic material of a cell gets damaged, p53 activates specific genes that are involved in apoptosis or DNA repair. "In many tumors, p53 is mutated and is no longer able to correctly exert its functions," says Professor Andrea Sinz, a pharmacist at MLU and spokesperson of the new RTG.

Proteins such as p53 belong to a specific group, called intrinsically disordered proteins. They are in the focus of the new research training group at MLU. "These proteins are particularly difficult to investigate as they do not possess a defined structure and interact differently with different binding partners," Sinz explains. However, a detailed knowledge of a protein’s structure is required to understand its function. Therefore, the aim of the new research training group is to unravel the structures and functions of these elusive proteins using state-of-the-art analytical techniques. In eleven subprojects, the PhD students will focus on different aspects of intrinsically disordered proteins, ranging from the development of novel analytical methods to the functional understanding of individual proteins and protein complexes and their roles in the development of diseases. One subproject also aims at developing novel compounds that influence the interactions of an important signalling protein in the human body. So-called RNA-binding proteins, playing a crucial role in oncogenic pathways, are also in the focus of cancer researchers at MLU. The projects combine modern techniques, such as cross-linking/mass spectrometry, NMR spectroscopy, and computer-based structural biology, for the in-depth investigation of intrinsically disordered proteins and their complexes.

The research training group is a cooperation project between the Faculties of Natural Sciences I and II, the Faculty of Medicine, the Leibniz Institute of Plant Biochemistry (IPB) and the Fraunhofer Institute for Cell Therapy and Immunology IZI in Halle. It is part of MLU’s core research area "Biosciences - Macromolecular Structures and Biological Information Processing".