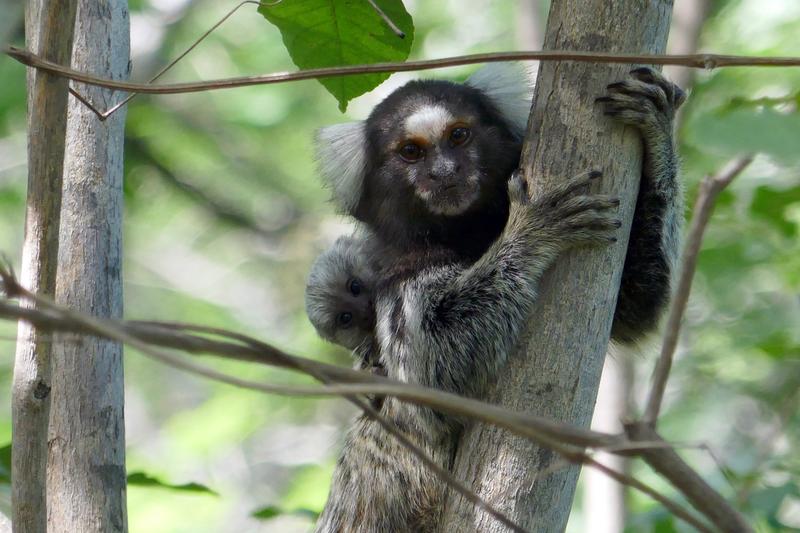 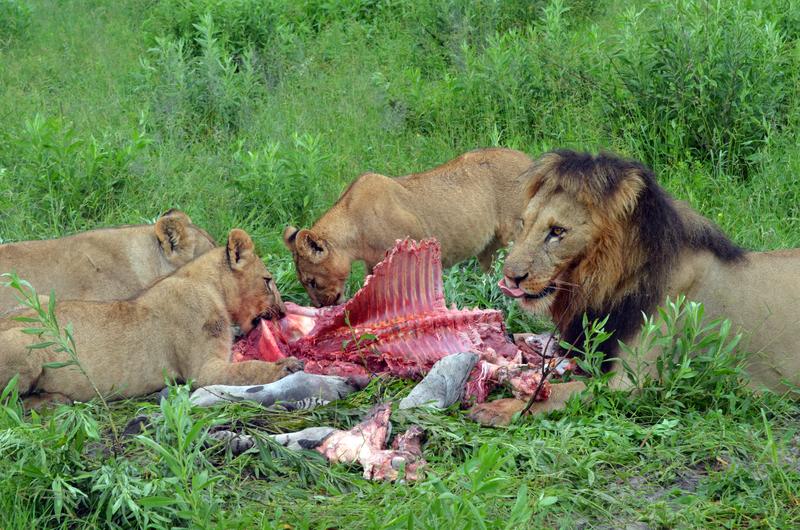 The bigger the brain, the more intelligent a mammalian species is. Developing a large brain, though, requires a huge energy input. The females of many large-brained animal species are therefore reliant on the help of other group members to care for their young. Researchers at the University of Zurich have now demonstrated that larger brains particularly develop in animal species in which fathers assist mothers, for only the help of fathers is dependable.

The bigger the brain in relation to body size, the more intelligent a living organism is. This means that mammalian species with large brains are smarter than small-brained mammals. However, developing a large brain comes at a price: An infant expends around two-thirds of its energy alone on supplying nourishment to its brain. That huge amount of energy must be continually available in the form of milk and, later on, through the intake of food. The females of many large-brained animal species cannot bear the energetic costs of rearing offspring on their own – they are reliant on additional help.

Previously, it was generally assumed that it is immaterial whether it is the father or other members of the group who assist the mother in caring for offspring. However, evolutionary biologist Sandra Heldstab and her colleagues Karin Isler, Judith Burkart and Carel van Schaik from the University of Zurich’s Department of Anthropology have now demonstrated for the first time that it very well does matter who helps the mother. Animal species with paternal care of offspring are particularly able to energetically afford bigger brains. Help from other group members is far less essential to the evolution of a large brain. In their study, the researchers compared brain sizes and the extent and frequency of paternal and alloparental care in around 480 mammalian species.

“Fathers help consistently and dependably with the rearing of offspring, whereas assistance from other group members, such as elder siblings for instance, is far less reliable,” Sandra Heldstab explains. For example, in the case of wolves and African wild dogs – two mammal species with large brains –, elder siblings often help out less, and they look out for themselves first when food is scarce. Sometimes they even steal the prey that parents bring for the infants. The father, in contrast, actually steps up his willingness to help his young offspring when environmental conditions worsen.

In the case of other species like meerkats and prairie voles, for instance, elder siblings often defect to a different group when they reach puberty and, unlike the father, are no longer available to help the mother. Moreover, the quality of the paternal help is usually superior to help provided by other group members, who are often young and inexperienced. “A female cannot energetically afford offspring with large brains unless she can rely on help, and such dependable help only comes from the father,” Heldstab says.

If the assistance that the female receives for rearing her young is inconsistent, evolution takes an alternative path. In mammalian species that fit this bill – such as lions and red-ruffed lemurs for example –, mothers do not give birth to few offspring with large brains, but to many with small brains. If there is plenty of help in caring for the young, the entire litter survives. If the female receives little support, some of the young die. This is evolution’s way of making certain that at least some of the young survive even in the event of scant help and ensuring that the female doesn’t needlessly invest energy in an offspring with a large brain that will die in the absence of dependable helpers. The study demonstrates once more that only a stable and dependable supply of energy – procured through paternal help, for instance – enables a large brain to develop in the course of evolution.

Humans are the exception

Humans are unique in this respect: Paternal assistance in child rearing is very reliable, but so is childcare help from other relatives and non-relatives. This circumstance enabled humans to develop the largest brain relative to body size in the animal kingdom and nonetheless to considerably shorten the time span between births compared to that for our closest relatives, apes. “In the world of mammals, only help from fathers is dependable. We humans, though, fortunately can also count on help from others,” Sandra Heldstab says.