The influence of the mosquito - Will malaria spread in Europe and the Mediterranean as a result of climate change? 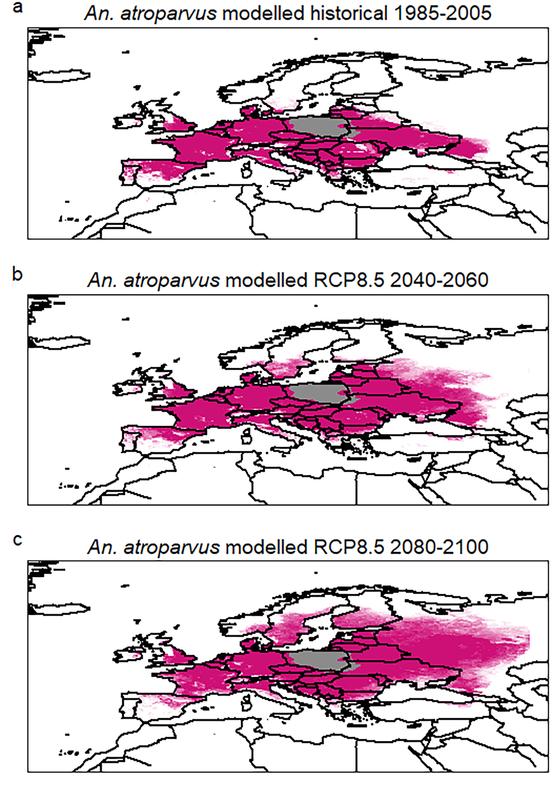 Malaria-transmitting mosquito species are benefiting from climate change and will therefore continue to spread in Europe and the Mediterranean. The extent to which this spread is advancing can be predicted fairly accurately, according to a recent study by PD Dr. Elke Hertig, a geographer at the University of Augsburg.

One aspect of climate change that has received little attention in the public debate so far is the spread of what are called vector-borne diseases, namely, diseases transmitted by a pathogen-carrying organism. These include, for example, malaria, which is transmitted by Anopheles, a species of mosquito.

The increased emergence of Anopheles-friendly weather conditions could lead to the spread of these mosquitoes and, as a result, the emergence of malaria in Europe and the Mediterranean. Accurate predictions as to what exactly this spread might look like and how fast it could happen have not been possible hitherto. The geographer PD Dr. Elke Hertig from the University of Augsburg has now presented a model that allows a more precise evaluation.

With the geostatistical approach called boosted regression trees, BRT, Hertig models the occurrence of mosquitoes in Europe until the end of this century. She concludes that changes in temperature and precipitation will lead to a significant spread of malaria mosquitoes towards the north. The expected warmer spring temperatures and the higher rainfall in summer and autumn will be especially favourable for the insects. The most important vector is Anopheles atroparvus , the dominant malaria mosquito species in many parts of Europe, which also has the highest human bite rate and survival rate of the European Anopheles species.

Only in certain areas of the Mediterranean where precipitation is predicted to decrease will the occurrence of mosquitoes decline. The largest increases in mosquito populations towards the end of our century are expected in southern and south-eastern Europe.