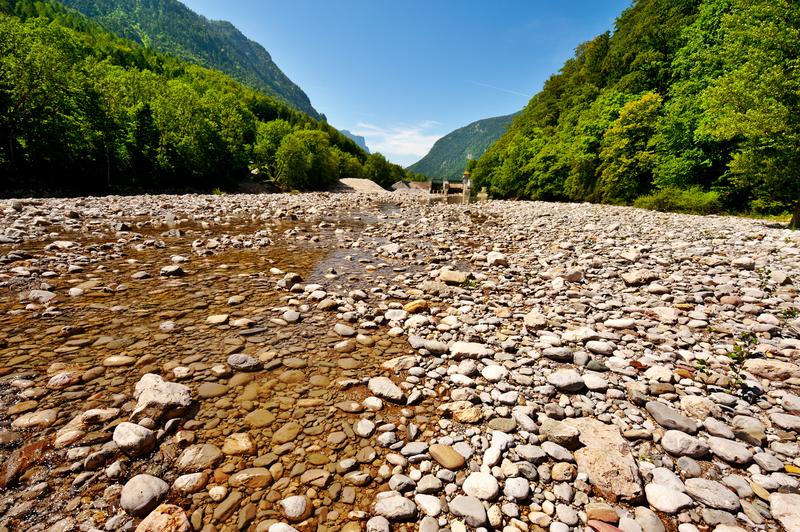 Around the globe, riverbeds are close to running dry - especially in regions in which groundwater has been extracted over many years. Photo: George – stock.adobe.com | Download

Groundwater is the world's largest source of freshwater and it is of vital importance for food production. Increasing extraction of groundwater in recent decades has resulted in sinking water tables worldwide. A study by hydrologist Dr. Inge de Graaf from the Institute of Earth and Environmental Sciences at the University of Freiburg shows that almost 20 percent of the catchments areas where groundwater is pumped suffer from a flow of streams and rivers that is too low to sustain their freshwater ecosystems. This number is expected to increase to 50 percent by 2050. “The effects can be seen already in the Midwest of the United States and in the Indus Valley project between Afghanistan and Pakistan,” de Graaf explains. The results of her study have been published in the current edition of Nature.

The work, in cooperation with the University of Utrecht, the Water Institute Deltares in the Netherlands, and the University of Victoria in Canada, is the first to simulate groundwater and rivers as interlinked systems on a global level and thus to show the effects of global groundwater extraction. The researchers used a global hydrological model to calculate the inflow of groundwater to the world’s network of streams and rivers around the world. "If we continue to pump as much groundwater in the coming decades as we have done so far, a critical point will be reached also for regions in southern and central Europe - such as Portugal, Spain and Italy - as well as in North African countries," says de Graaf. Also at risk are areas where groundwater supplies have remained relatively constant but rivers are no longer able to maintain healthy ecosystems. The researchers estimate that by 2050, between 42 and 79 percent of regions in which groundwater is extracted will have reached their limits. "Climate change may even accelerate this process, as we expect less precipitation, which will further increase the extraction of groundwater and cause dry areas to dry out completely," de Graaf says.

Since the 1960s, rising temperatures have seen the demand for water for humans, animals and plants grow so fast that there has been a rapid increase in the use of groundwater worldwide. De Graaf points out that that more groundwater is often pumped out than rain falls. It is striking how sensitive freshwater ecosystems are to even a relatively small fall in the groundwater level. The study's forecasts run to the year 2100: "The results show that the extent of groundwater extraction often only becomes noticeable decades later.”