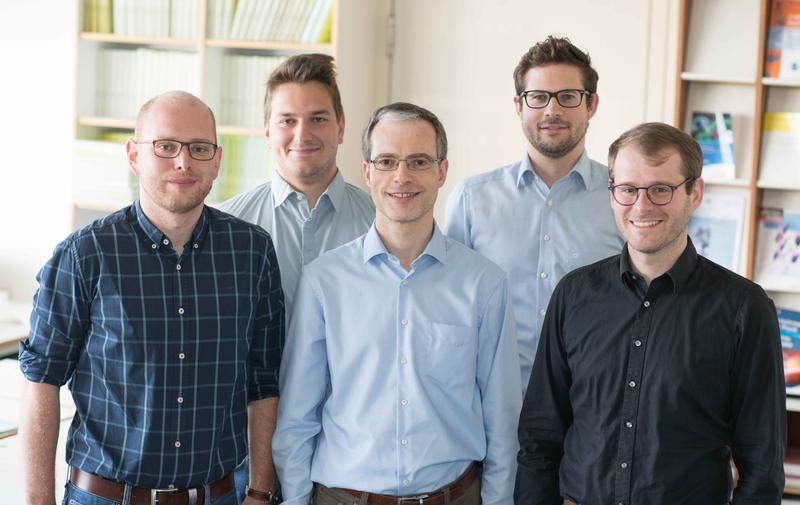 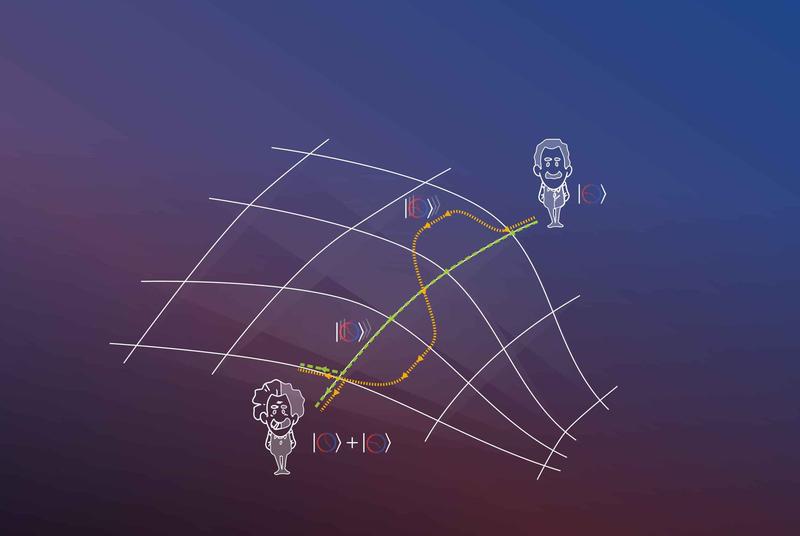 Ulm's most famous son, Albert Einstein, is regarded as one of the founding fathers of modern physics. In particular, his theories of general and special relativity as well as his fundamental contributions to quantum mechanics continue to have significance to this day. Nonetheless, the genius of his century struggled throughout his life with the philosophical consequences of quantum mechanics.

Physicists from Einstein's hometown Ulm and from Hannover have taken on the challenge of investigating the intersections of the theory of relativity and quantum mechanics. For this very purpose, they draw on the famous twin paradox that is a direct consequence of the theory of relativity. In the journal Science Advances, the researchers have now published the theoretical foundations for an experiment that tests a quantum-mechanical variant of the twin paradox. Particularly suited for a realisation of the experiment is the 10-metre-high atomic fountain currently under construction in Hannover.

One of the fundamental challenges of physics is the reconciliation of Einstein's theory of relativity and quantum mechanics. The necessity to critically question these two pillars of modern physics arises, for example, from extremely high-energy events in the cosmos, which so far can only ever be explained by one theory at a time, but not both theories in harmony. Researchers around the world are therefore searching for deviations from the laws of quantum mechanics and relativity that could open up insights into a new field of physics.
For the publication at hand, scientists from Ulm University and Leibniz University Hannover have taken on the twin paradox known from Einstein's special theory of relativity. This thought experiment revolves around a pair of twins: While one brother travels into space, the other remains on Earth. Consequently, for a certain period of time, the twins are moving along different paths in space. The result when the pair meets again is quite astounding: The twin who has been travelling through space has aged much less than his brother who stayed at home. This phenomenon is explained by Einstein's description of time dilation: Depending on the speed and where in the gravitational field two clocks move relative to each other, they tick at different rates.
For the publication in Science Advances, the authors assumed a quantum-mechanical variant of the twin paradox with only a single 'twin'. Thanks to the superposition principle of quantum mechanics, this 'twin' can move along two paths at the same time. In the researchers' thought experiment, the twin is represented by an atomic clock. 'Such clocks use the quantum properties of atoms to measure time with high precision. The atomic clock itself is therefore a quantum-mechanical object and can move through space-time on two paths simultaneously due to the superposition principle. Together with colleagues from Hannover, we have investigated how this situation can be realised in an experiment,' explains Dr. Enno Giese, research assistant at the Institute of Quantum Physics in Ulm. To this end, the researchers have proposed an experimental setup for this scenario based on a quantum-physical model.

The 10-metre-high 'atomic fountain', which is currently being built at Leibniz University Hannover, plays an essential role in this endeavour. In this atomic interferometer and with the use of quantum objects such as the atomic clocks, researchers can test relativistic effects – including the time dilation causing in the twin paradox. 'In an experiment, we would send an atomic clock into the interferometer. The crucial question is then: Under what conditions can a time difference be measured after the experiment, during which the clock moves simultaneously along two paths after all,' explains Sina Loriani from the Institute of Quantum Optics at Leibniz University Hannover.

The theoretical preliminary work of the physicists from Ulm and Hannover is very promising: As described, they have developed a quantum-physical model for the atomic interferometer, which factors in the interaction between lasers and atoms as well as the movement of the atoms – while also taking into account relativistic corrections. 'With the help of this model, we can describe a "ticking" atomic clock that moves simultaneously along two paths in a spatial superposition. Moreover, we demonstrate that an atomic interferometer, such as the one being built in Hannover, can measure the effect of the special relativistic time dilation on an atomic clock,' recaps Alexander Friedrich, a doctoral researcher at the Institute of Quantum Physics in Ulm. Based on their theoretical considerations, the researchers can already make the assumption that a single atomic clock behaves as predicted in by the twin paradox: The theory of relativity and quantum mechanics are therefore indeed reconcilable in this particular scenario. The influence of gravity as assumed by other groups, however, does not seem verifiable in this specific case.

The theoretically described experiment is anticipated to be put to the test in the new atomic interferometer in Hannover in a few years' time.
In practice, the scientists' findings could help to improve applications based on atomic interferometers such as navigation, or acceleration and rotation measurements. The research conducted by the physicists from Ulm and Hannover is the result of the project QUANTUS and the Collaborative Research Centre DQ-mat (Hannover). Recently, Professor Wolfgang Schleich, Director of the Institute of Quantum Physics, succeeded in bringing a new institute of the German Aerospace Center (Deutsches Zentrum für Luft- und Raumfahrt; short: DLR) to Ulm. The new DLR QT institute is dedicated to the development of quantum-technologies for space applications and will continue the presented line of work together with its concurrently founded sister institute DLR SI in Hannover.

At Ulm University, quantum technology is one of the designated strategic development areas. At the Center for Integrated Quantum Science and Technology (IQST), interdisciplinary researchers from Ulm and Stuttgart transfer findings from quantum technology physics into practice: They develop novel sensors and optimise imaging processes, among other things. In this context, Ulm University established the new research field of quantum biosciences.