The shelf life of pyrite – New publication in Nature Geoscience 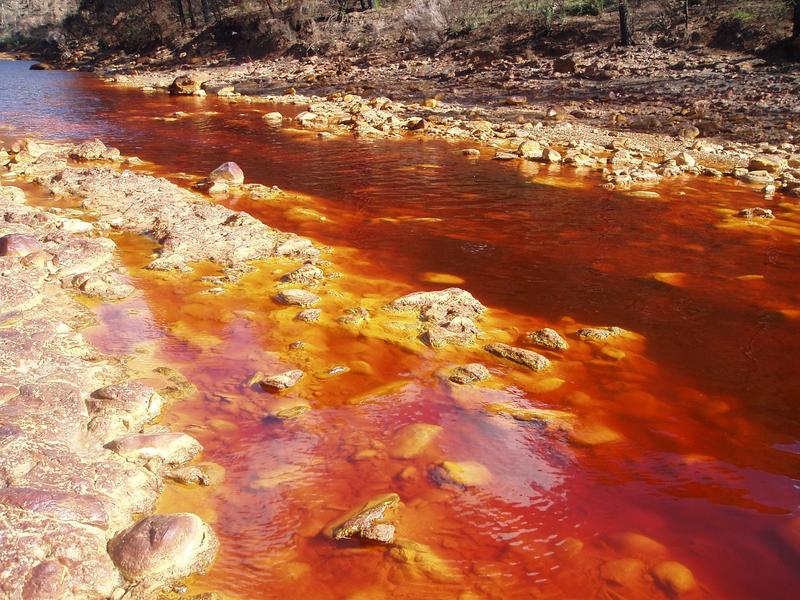 Pyrite weathering produces iron-rich acidic water in the Rio Tinto, Spain. In glacials, many coastal waters may have looked quite similar due to pyrite weathering in the former shelf sediments. 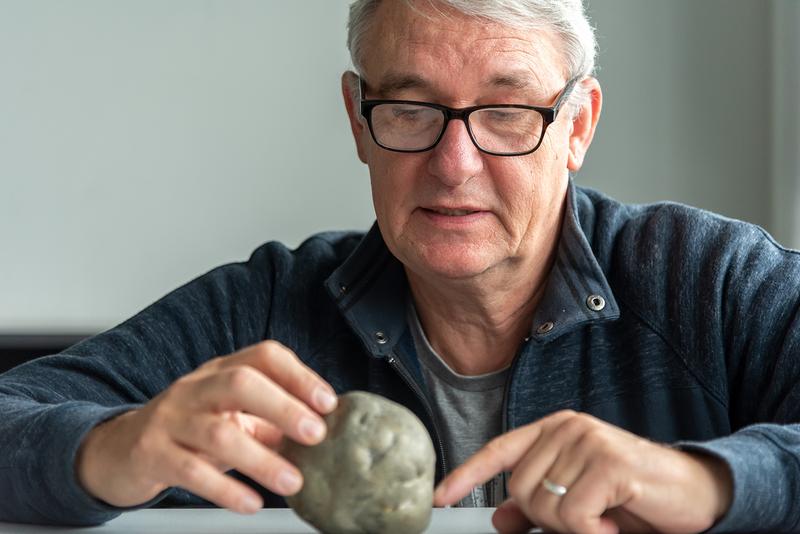 The last 2.6 million years are characterized by glacial cycles, a regular alternation of cold and warm periods. It is widely accepted that changes in the concentrations of carbon dioxide and other greenhouse gases in the atmosphere were largely responsible for these natural fluctuations of cold and warm periods. What exactly triggers the increase in carbon dioxide concentrations that causes the transition from a glacial stage to a warm stage is not fully understood. Together with colleagues, Dr. Martin Kölling from the MARUM has developed a new model in which the weathering of pyrite, a common mineral containing sulfur, plays a key role.

The last 2.6 million years are characterized by glacial cycles, a regular alternation of cold and warm periods. It is widely accepted that changes in the concentrations of carbon dioxide and other greenhouse gases in the atmosphere were largely responsible for these natural fluctuations of cold and warm periods. What exactly triggers the increase in carbon dioxide concentrations that causes the transition from a glacial stage to a warm stage is not fully understood. Together with colleagues, Dr. Martin Kölling from the MARUM – Center for Marine Environmental Sciences at the University of Bremen, has developed a new model in which the weathering of pyrite, a common mineral containing sulfur, plays a key role. The results will be published on October 14, 2019 in the journal Nature Geoscience.

Fool’s gold is the colloquial name for pyrite, a frequently occurring mineral that forms golden cubes as a crystal but has a black color when finely distributed in ocean sediments. On exposure to the air pyrite is oxidized and produces an acid, which in turn dissolves carbonate minerals and releases the greenhouse gas carbon dioxide (CO2) into the atmosphere. Martin Kölling of MARUM has studied the consequences of pyrite weathering in the context of the sea-level changes that are associated with glacial cycles. His calculations are based on the basic fact that during glacials, sea level was more than 100 meters lower than it is today. With sea levels that low, more than 20 million square kilometers of present-day shelf were exposed to atmospheric oxygen, which resulted in large-scale pyrite weathering and release of CO2 into the atmosphere.

Compared to today's man-made release of CO2, the pyrite-driven glacial release was a small but significant amount, on the same order of magnitude as volcanic CO2 emissions. "Globally, this is an amount large enough to affect the climate system," says Kölling. Especially since those CO2 emissions systematically occurred before the end of glacial periods. "Based on our calculations, we suspect that this process helped to end the glacials. Pyrite weathering could be a hitherto neglected process that indirectly controls the melting of glaciers through the greenhouse effect and thus enables rapid sea-level rise that marks the end of a glacial period.

For the model, Kölling has analyzed and compared published CO2 levels and sea-level reconstructions covering the past 800,000 years. Except for phases of very low sea level during glacials, Kölling and his colleagues found that sea level and carbon dioxide correlate surprisingly well: If sea level rises by one meter, the CO2 content increases by 0.001 per mille. Over the past 800,000 years, sea levels have been closely linked to carbon dioxide levels.

When sea level rises after a glacial period, the continental shelf is gradually covered again with water, and new pyrite can form in the upper layers of the sediment through the breakdown of organic matter. However, the duration of the warm periods is usually not sufficient to "replenish" the original pyrite content in the shelf. For this reason, according to Kölling and his co-workers, the so-called pyrite weathering front, the layer in the continental shelf where pyrite oxidizes during glacials, has migrated further downwards with each glaciation. As a result, the sea level at which pyrite weathering becomes effective, is shifted downward. According to Kölling, this front is currently about 90 meters below today's sea level.

Kölling's model calculates pyrite-driven CO2 release as a function of sea level for the last three million years. It also provides an explanation for the increasing length of glacial cycles. Since the 1970s, scientists have been wondering why, about one million years ago, the length of ice age cycles increased from about 41,000 years to between 80,000 and 120,000 years. It is known that the obliquity of the Earth's axis, which varies with a period of 41,000 years, has a strong influence on the Earth's climate. Since there has been no conclusive theory explaining why obliquity cycles for the last million years have not all caused a return to a warm period, most scientists assume that one million years ago an astronomical cycle with a period of about 100,000 years gained importance for the Earth's climate. Cycles of this length exist, but their direct influence on the Earth's climate is rather small, and there was no fundamental change in astronomical conditions a million years ago.

Kölling's model now provides a new explanation: about one million years ago, the pyrite weathering front within the shelf sediments around the globe migrated so far downwards that the sea-level fall within a single Earth obliquity cycle was no longer sufficient to expose deep pyrite in the shelf. Thus, no carbon dioxide was released by pyrite weathering. The atmosphere did not warm up sufficiently and, without a warm period, the climate system ran into a second obliquity-paced cold cycle. This caused sea level to fall far enough to start the deep pyrite weathering that aided the return to a warm period.