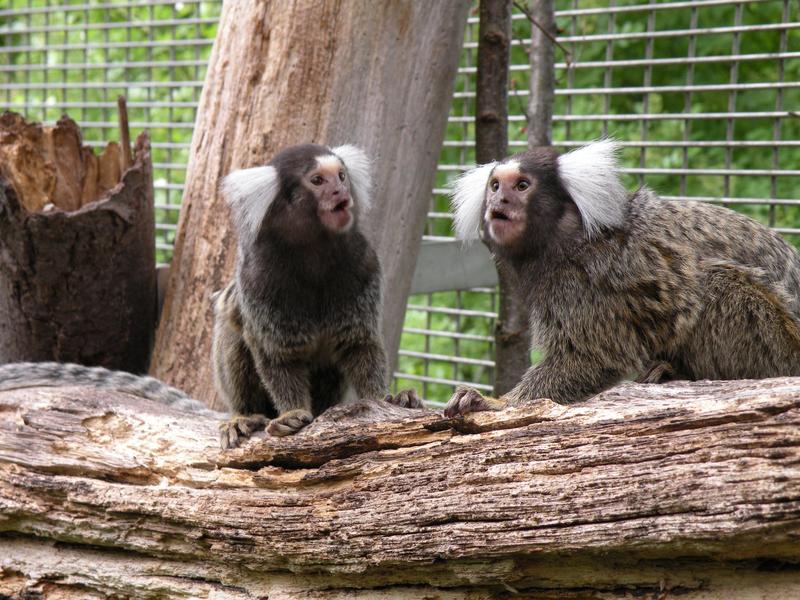 Monkeys and other animals communicate through calls that can differ depending on region. The common marmoset is one such animal that communicates using regional dialects. Researchers at the University of Zurich have now found out that they even adapt their dialect when they move to a different area.

Human beings aren’t the only species that have dialects. The calls and songs of various animal species also vary from one region to the next. For example, there are songbirds that sing differently by region and often adopt their parents’ dialect. The same goes for marmoset monkeys, whose calls also differ between populations, as researchers at the University of Zurich found out in a previous study. However, it was unclear whether the different dialects were caused by genetic differences between populations, by environmental factors, or whether they were acquired through social learning.

To answer this question, the researchers analyzed the calls of common marmosets before and after they moved to a new colony with a different dialect. After a short time, the newcomers adapted their calls to the new dialect. “We could clearly show that the dialects of common marmosets are learned socially. If their dialects were genetically determined, moving to a new place wouldn’t cause any change in calls. The changes can’t be explained by differences in the environment either,” says Yvonne Zürcher, first author of the study from the Department of Anthropology.

It is not yet clear which advantages the animals gain from learning a new dialect. It could be that adapting their calls to the new colony is a way for them to signal their interest in the new group and increase their chances as potential mating partners. “In any case, it’s no surprise that we found evidence of socially learned dialects in common marmosets,” says Judith Burkart, senior author of the study. While marmosets are not quite as closely related to humans as great apes, they are more similar to us in some respects. For example, like humans, they raise their offspring with the help of the entire group, which could very well be linked to their “language skills”. This study and others show that the common marmoset is an important model system to understand the origins of language.