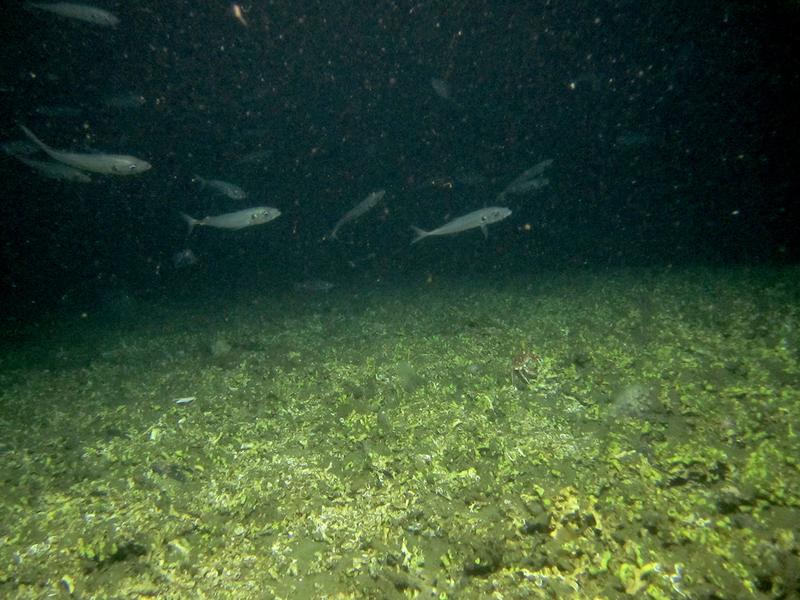 Researchers have only been aware of the existence of fossil cold-water corals off the coast of Namibia since 2016. But it was not known when and why the cold-water corals in this region became extinct. By dating fossil coral fragments, Leonardo Tamborrino of MARUM – Center for Marine Environmental Sciences at the University of Bremen, and his co-authors have determined that this localized extinction event occurred around 4,500 years ago. They were also able to link this event with a shift in the Benguela upwelling system, and an associated intensification of the oxygen minimum zone in this region. The team has now published their findings in the journal Geology.

Known as ‘ecosystem engineers’, cold-water corals play an important role in the species diversity of the deep sea. The coral species Lophelia pertusa is significantly involved in reef formation. Its branching, hard aragonitic skeleton offers protection, breeding sites and habitats for numerous other species. Over thousands of years these corals form mound-like structures on the seafloor that can rise to heights of over a hundred meters and be several thousand meters long.

In 2016, during an expedition with the research vessel METEOR, more than 2,000 cold-water coral mounds were discovered in water depths between 160 and 270 meters off Namibia. The mounds extend for a length of more than eighty kilometers along the shelf, making this the largest coral-mound province discovered so far in the southeast Atlantic. The obtained underwater images, however, show that these cold-water corals have been dead for a long time. In order to investigate in more detail when these corals died out, and to discover what environmental factors caused their extinction, the researchers on took sediment samples from a number of coral mounds during the METEOR expedition M122, from which fossil skeleton fragments of the species Lophelia pertusa were selected.
Dating of the samples now revealed that the cold-water corals lived between 9,500 and 4,500 years ago, during the early to middle Holocene, and built mounds up to twenty meters high.

Since cold-water corals grow with their skeletons firmly attached to the seabed, they are dependent on currents to transport food particles to them. Furthermore, they react very sensitively to changing environmental conditions. Besides food supply, these include temperature and pH values of the water, but also the oxygen content. If one or more of these factors change, the corals become stressed, which can eventually lead to local extinctions. The fact that off Namibia no new corals have settled atop the rubble of the old ones for the past 4,500 years indicates ecological conditions that have prevented coral growth. The team of authors is convinced that low oxygen contents, with less than half a milliliter of oxygen per liter of water, is still preventing coral growth off Namibia today. “These values are much lower than all known oxygen levels that have been measured in the areas of living Lophelia reefs in the Atlantic”, says Leonardo Tamborrino.

Today, the shelf off the coast of Namibia is dominated by the Benguela upwelling system, which brings cold, nutrient-rich waters from greater depths to the surface. This makes the coast of Namibia one of the most productive regions in the world ocean, which, at first glance, should have a positive effect on the growth of corals. However, the subsequent decomposition of the organic material also consumes a lot of oxygen. This results in a very low oxygen contents in the coastal waters. In the middle Holocene, the Benguela upwelling system strengthened and the associated Angola-Benguela Front system shifted toward the equator. Leonardo Tamborrino and his colleagues conclude that these two processes led to an intensification of the oxygen-minimum zone off Namibia and triggered the extinction of the corals there.