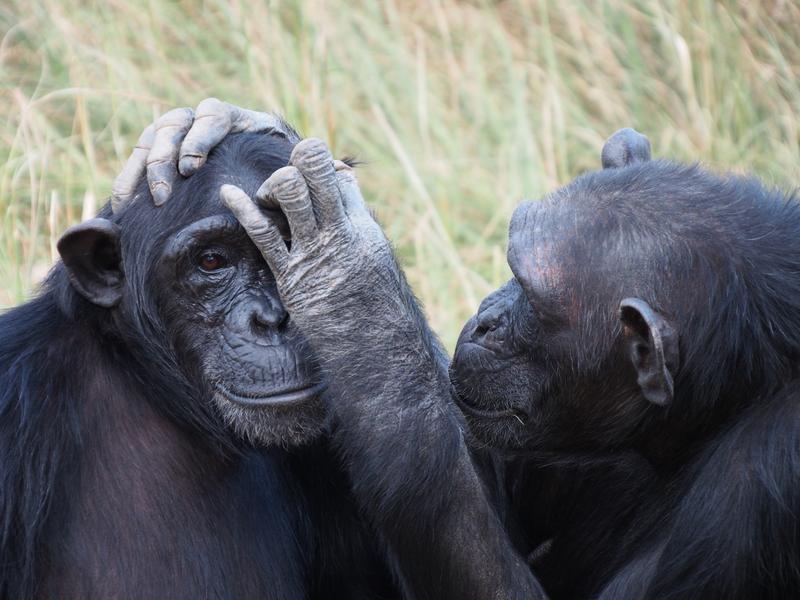 In order to investigate evolutionary questions, scientists require the largest and most versatile samples possible. If those samples are not available in one place, research institutions can support each other. This is the rationale behind ManyPrimates, a project that aims to establish a culture of global collaboration in primate cognition research. It was set up by researchers from the Leipzig Research Center for Early Childhood Development (LFE) at Leipzig University, the Max Planck Institute for Evolutionary Anthropology, and Zoo Leipzig. The first study in the ManyPrimates project was published today in the journal PLOS ONE.

The Wolfgang Köhler Primate Research Center is better known as “Pongoland” at Leipzig’s zoo. While visitors can marvel at bonobos, chimpanzees, orangutans and gorillas at close range, this place is also a research facility for evolutionary anthropologists. However, its scientists face a problem that is similar to that of comparable research stations: no single facility of this kind is home to enough primate species to be able to address fundamental questions of evolution.

Dr Manuel Bohn from the LFE knows this challenge only too well: “As a doctoral researcher I was lucky to be able to conduct observational studies with all four main species of great ape at Pongoland. But although this was a unique situation, I was limited to comparisons between those species. In order to deliver meaningful answers to the major evolutionary questions, it is necessary to compare several dozen species.”

Together with ten other primate research stations, the researchers from Leipzig have now launched the ManyPrimates project. In cooperation with institutions including the German Primate Center in Göttingen, Edinburgh Zoo, the Sweetwaters Chimpanzee Sanctuary in Nanyuki, Kenya, and Lincoln Park Zoo, Chicago, a global infrastructure has been established to facilitate international research projects. “The group of participating institutions has already agreed on a list of feasible research questions and we have now carried out our first study on short-term memory in primates,” explains Bohn. “The same study was carried out at all eleven research stations, with almost 180 primates and twelve species. So the sample was far larger than in normal primate studies.”

The study involved a person hiding a reward under one of three cups. The primate then had to wait a short while before being allowed to choose one of the cups. The time between hiding the reward and the primate’s decision was then systematically varied. It was found that primates that had to wait longer were less likely to remember the cup under which the food was hidden. At the same time, it also became clear that the task was not equally difficult for all of the species. Chimpanzees, for example, still performed very well even after a long wait, whereas squirrel monkeys struggled considerably. According to Bohn, the question now arises as to the extent to which these differences can be explained by evolutionary relatedness. Initial results indicate that closely related species, such as chimpanzees and bonobos, achieved similar results.

The developmental psychologist from Leipzig University, who also works at the Language and Cognition Lab at Stanford University (US), is highly optimistic about the results of the first collaboration in the ManyPrimates project: “It works! Global collaboration between primate cognition researchers is possible. By pooling our resources, we can collect data on an unprecedented scale.” Bohn adds that there has been a lot of positive feedback from the scientific community. “Many colleagues have told us that this is exactly the network that the research field needed. Given the success of the first study, I couldn’t agree more.”

There are plans to attract further partners in the future. Although the sample was already much larger than usual, even more extensive data sets will be needed to answer important evolutionary questions. This is why further partners are being sought for the ManyPrimates project.

Note for journalists:
Dr Manuel Bohn is currently abroad. He will be back in Leipzig and available for phone calls from 11 November 2019. Until then please send the scientist any questions and appointment requests by email. Telephone interviews are possible on request.