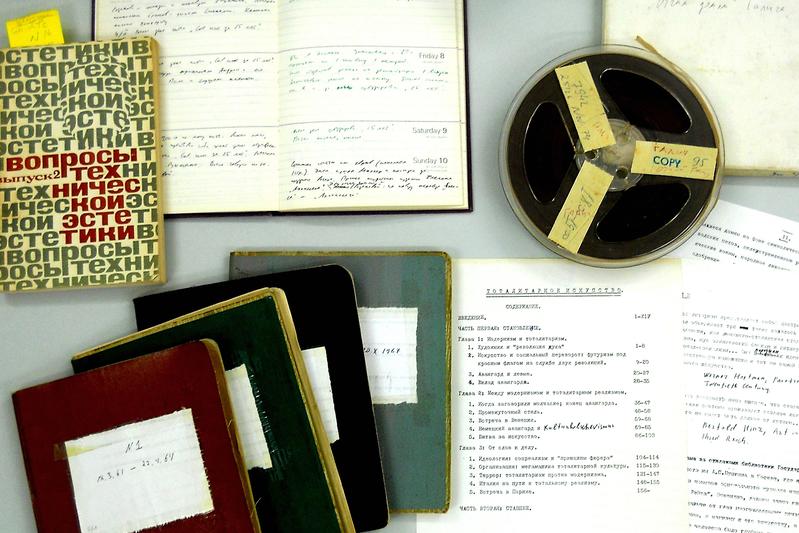 An online platform from the Research Centre for East European Studies (FSO) at the University of Bremen and the renowned Moscow museum “Garage” are combining worldwide-unparalleled inventories of contemporary Russian art. The combined archive material includes correspondence, pieces of art and rare exhibition catalogues. The aim of the “Russian Art Archive Network” is to promote and simplify the research into contemporary Russian post-war art.

“Scientists, museum personnel and the interested public can gain an overview of extraordinary characters in the art scene of the Soviet Union and also of the subversive underground on the “Russian Art Archive Network” (RAAN) online platform”, explained Professor Susanne Schattenberg, director of the Research Centre for East European Studies (FSO) at the University of Bremen. Many sources had to date been intangible due to archive and museum storage features. “We, as a research centre in Bremen, are happy to make our archives accessible beyond the scope of Bremen.”

The combined archive materials include correspondence, pieces of art and rare exhibition catalogues from well-known concept and performance artists such as Ry Nikonova, Dmitri Prigov, Ilya Kabakov and Andrei Monastyrski. They also include documents from the art theorist Igor Golomstock who initially wrote in the underground scene and then whilst in exile in London about art in totalitarianism.

Professor Schattenberg emphasizes that the inventory of the well-known media theorist Boris Groys and his wife Natalia Nikitina, which is kept in Bremen, has a central role in understanding unofficial Soviet art. “As early as in the 1970s, the native of East Berlin had formed a bridge over the Iron Curtain with his art-theoretical work and had made the alterative art of the Moscow conceptualists known in the West.” In the frame of the German-Russian-American cooperation, the married couple’s entire archive inventory was made accessible. From now on, the inventory is open to researchers, curators and the general public in the Research Centre for East European Studies.

Online Catalogue is Being Constantly Expanded

The project website has an online catalogue, which enables users to search through all archives of all RAAN partners. In the frame of developing digitalization, new material is being added. The archive catalogue is available in Russian and German. The majority of the catalogue is in Russian with the exception of entries for archive documents and press cuttings in foreign languages and information regarding exhibitions that took place outside of (Soviet) Russia.

About the Research Centre

The Research Centre for East European Studies at the University of Bremen together with the Garage Museum of Contemporary Art in Moscow and the Zimmerli Art Museum at the Rutgers University in New Brunswick has the largest archive inventory of non-conform, Soviet artists from the second half of the 20th century. As an associated institute, the research centre is an independent research institute located at the University of Bremen. Both the Conference of Ministers of Education and Bremen State finance the centre. Founded in 1982 in the middle of the Cold War, the FSO now identifies itself as a place where the Eastern Bloc and its societies with their specific cultures can be processed and the current development in the post-Soviet region can be analyzed. The research centre’s archive holds more than 100,000 documents, photographs and pieces of art from dissidents from the former Soviet Union, Poland and former Czechoslovakia and also a few pieces from former East Germany and Hungary.