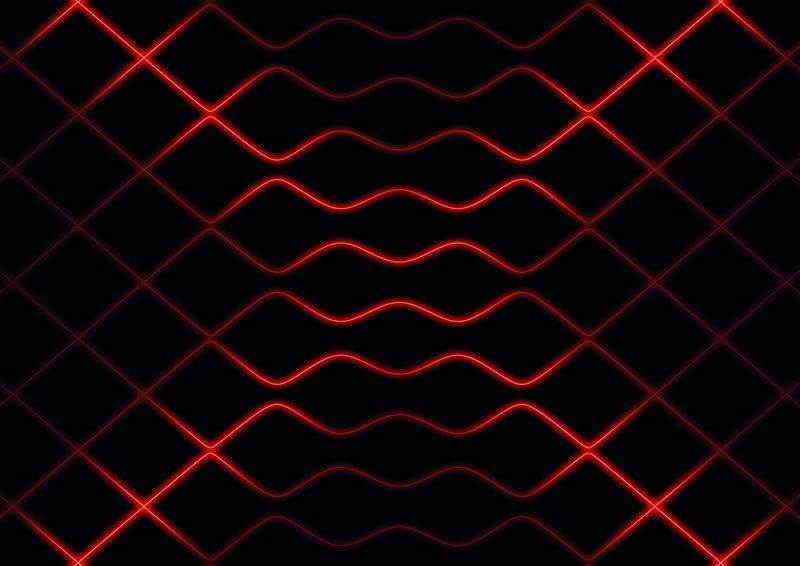 Discovering ways to control the topological aspects of quantum materials is an important research frontier because it can lead to desirable electrical and spin transport properties for future device technologies. Now MPSD scientists have discovered a pioneering laser-driven approach to generate a topological state in graphene. Their work has just been published in Nature Physics.

In topological materials, electrons experience a twisted world. Instead of simply moving straight ahead when feeling a force, they may be pushed sideways. In such a material current actually flows orthogonally to an applied voltage.

The basic model describing the effect was developed by Duncan Haldane in the late 1980s, but even its inventor was skeptical that it could ever be implemented in a real material. Nevertheless, elaborate chemical synthesis eventually allowed for very similar effects to be observed, sparking a technological revolution - and eventually earning Haldane the 2016 Nobel Prize in Physics.

Topological transport is usually induced in materials by applying strong magnetic fields or by crafting compounds with strong spin-orbit coupling. Researchers in Andrea Cavalleri’s group at the MPSD have now demonstrated that a coherent interaction with circularly polarized light can also induce topological electrical currents in the material graphene.

The team’s radically different approach consists of illuminating graphene with a strong, circularly polarized laser pulse, whose electric field drives electrons in loops. When the material is illuminated, it suddenly behaves like a topological material. It returns to its normal state once the pulse is gone.

Whilst this mechanism had been tested in simulations, it was entirely unclear whether it would work in the more complicated context of real solids – and whether it would be possible to detect it.

To prove their discovery, the physicists had to show currents flowing in a direction orthogonal to an applied voltage. However, there was a major challenge: "As the effect persists only for about a millionth of a millionth of a second, we had to develop a novel type of electronic circuit to measure this," says lead author James McIver.

The result was an ultrafast optoelectronic device architecture based on photoconductive switches. It confirmed the existence of the effect. Moving forward, the researchers plan to use this circuitry to study a variety of compelling problems in quantum materials, such as light-induced superconductivity and photon-dressed topological edge states.

“This work shows that light is capable of engineering topological properties in topologically trivial materials”, says co-author Gregor Jotzu. “The ultrafast appearance of this effect holds great potential for the construction of extremely fast sensors or computers.”