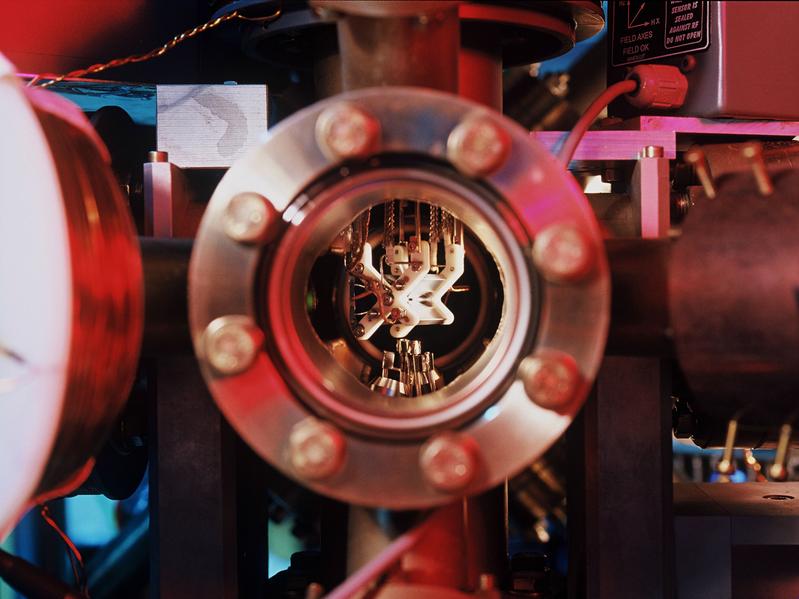 One of the ion-trap quantum computers, located at the University of Innsbruck, accessible using Qiskit | Quelle: C. Lackner | Download

The quantum computers in Innsbruck, Austria, by AQT and the University of Innsbruck now support Qiskit, a prominent open-source programming language initially created by IBM and developed by scientist all around the world. Qiskit comes with a wide range of algorithms and applications, which will now be available via the cloud on the Innsbruck quantum devices.

Quantum computers may find applications in chemistry, logistics, finance and several other fields. There is an ongoing race between various technologies to realize a quantum computer - including trapped ions, superconducting circuits, single photons and many more. In contrast to the variety in technical approaches, there are only very few quantum programming languages, with Qiskit being the most widely used quantum software development kit. Qiskit includes a large library of algorithms, routines and applications. To date, Qiskit mainly focused on the superconducting platform - which is about to change.

Following up on an international Qiskit camp in Switzerland, students of the University of Innsbruck and employees from AQT have been working with IBM on extending the capabilities of Qiskit. Quantum developers can now, at the push of a button, create and investigate entanglement, develop new quantum algorithms, and implement novel quantum applications on devices of IBM, AQT and the University of Innsbruck. „When we launched Qiskit in March 2017 our goal was ambitious, yet simple -- create an open software platform for building quantum programs, mapping them to different backend devices, and running them on simulators and various types of real hardware”, said Dr. Walter Riess, Manager, IBM Q Europe, IBM Research. „This open strategy has now enabled us to extend our community beyond our our own superconducting qubit devices to now include ion traps with AQT, who developed and executed the Qiskit interface for their device in only three days.” Dr. Philipp Schindler at the University of Innsbruck explains that „several of our research partners are already using Qiskit. Adding the Innsbruck quantum computers as a backend in Qiskit enables our partners to directly implement their ideas on our devices. This will significantly boost our scientific research.” Besides fundamental researchers also application-focused developers benefit from these changes. The quantum computer startup AQT in Innsbruck has a growing number of customers with various interests. Dr. Thomas Monz, CEO at AQT, “will happily inform our clients that we now support Qiskit as a programming language. Qiskit will facilitate the development of novel applications for us and our partners.” Thomas Monz and Philipp Schindler are convinced that supporting Qiskit will help Innsbruck to extend its number of collaborators and clients.