Deciphering how the brain controls our weight 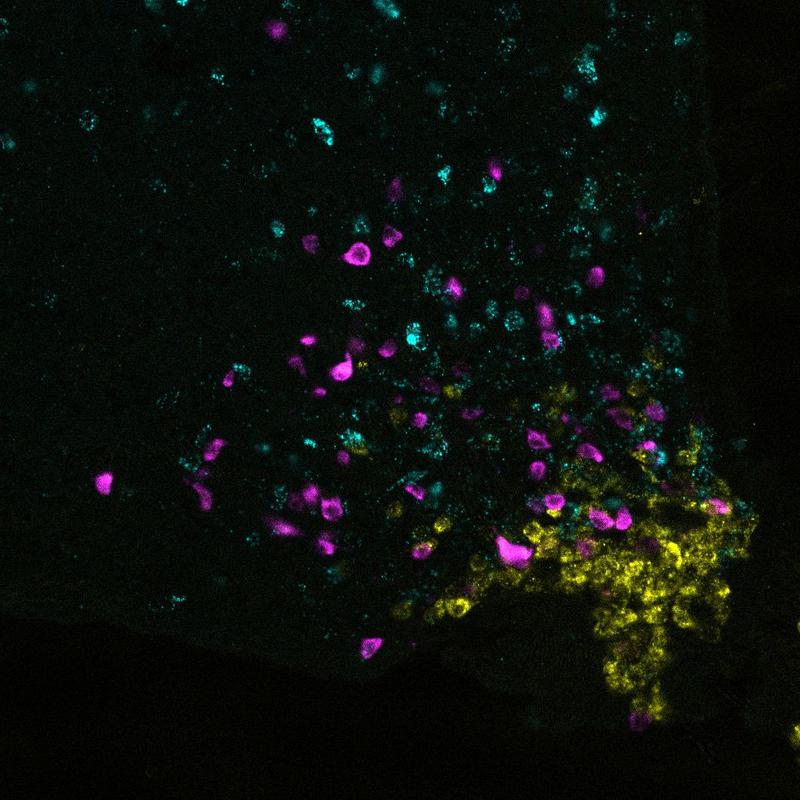 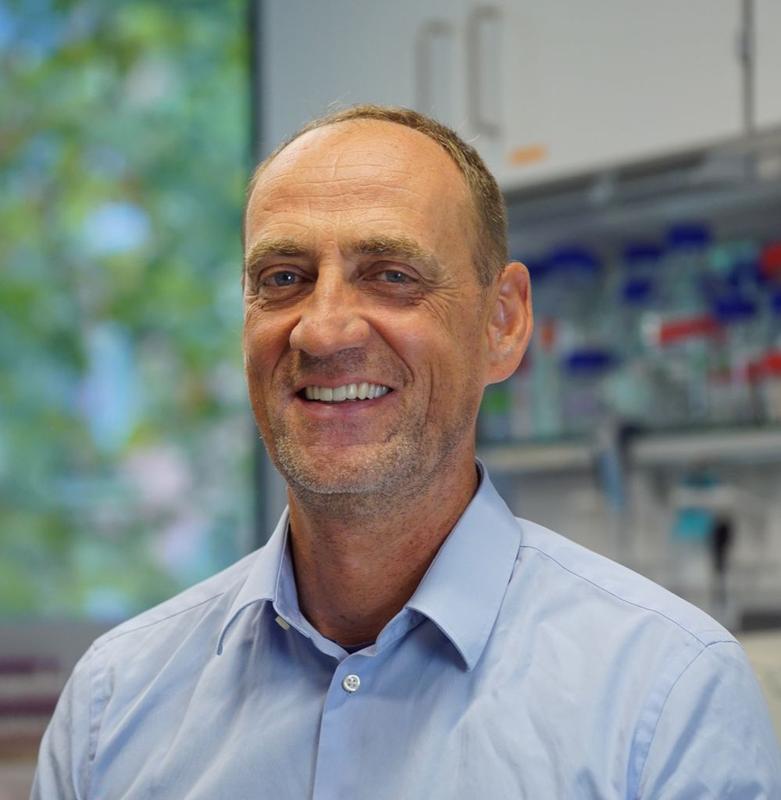 Professor Jens Brüning is honoured with the 2019 Heinrich Wieland Prize for his pioneering work on how the brain regulates the uptake, storage, and use of energy in the body. | Quelle: Max Planck Institute for Metabolism Research, Cologne | Download
❮ ❯

Mainz, 7 November 2019: Professor Jens Brüning, Director at the Max Planck Institute for Metabolism Research in Cologne, Germany, has been honoured with the 2019 Heinrich Wieland Prize for his pioneering work on how the brain regulates the uptake, storage, and use of energy in the body. He has shown that certain brain centres – and, in particular, their interplay with the hormone insulin – are central to the control of body weight. He will receive the Prize, endowed with 100,000 Euros by the Boehringer Ingelheim Foundation, at a scientific symposium on 7 November in Munich.

According to the World Health Organization, more than a third of all adults worldwide are overweight, and this proportion has risen sharply in recent decades. In most people’s experience, gaining weight is easy; losing it is hard. Many still think it only requires willpower. And, while much of weight gain or loss is decided in the brain, research shows that biology is a key factor. Thanks to Jens Brüning’s work, we now know that the brain controls our metabolism through a finely tuned system of hormones, the signals that control them, and particular clusters of nerve cells. He has identified some of the important players, where they are located in the brain, and how they act together in both healthy and diseased people.

“Jens Brüning is one of the world’s leading researchers of how the brain regulates the metabolism of energy in our body. Over the past 20 years, his pioneering research has laid much of the groundwork for identifying the brain as the master regulator of energy metabolism and for unveiling the brain’s tight rein on blood sugar levels and its control over appetite and body weight”, says Professor F.-Ulrich Hartl, chairman of the Award’s selection committee. Professor Michael Manns, member of the Executive Committee of the Boehringer Ingelheim Foundation adds: “Professor Brüning’s work holds great promise for millions of people suffering from diabetes, for instance. It is also a prime example of just how important basic research is for the progress in medicine”.

In one of his earliest, widely recognized studies, Brüning and his team developed the first genetically altered mouse strain for the study of type 2 diabetes. Diabetes develops when cells no longer react to insulin or when insulin production is impaired. Insulin is central to controlling blood sugar levels, as it is the only hormone able to lower the blood level of glucose, the simple sugar the body uses as its energy currency. In healthy people, blood sugar levels stay within a certain range, yet fluctuate constantly – rising sharply when we eat and dropping quickly when we exert ourselves heavily. After a meal, a large proportion of glucose entering the blood stream is normally taken up by muscle cells for more or less immediate use. Excess sugar is taken up by the liver, which converts it into fat for long-term storage. Too much or too little glucose – as happens in diabetes patients – can lead to unconsciousness, serious lasting damage, or even death.

Brüning was the first to switch off the receptor for insulin in specific tissues, such as muscle, the liver and the brain. This, in turn, enabled him to monitor more closely than ever before how and where insulin acts. It was long thought that the cause of diabetes and other metabolic disorders was to be found within the body’s periphery, for example in its muscles, liver, or pancreas. However, Brüning’s studies showed a much more comprehensive role of insulin than was previously thought possible, involving complex feedback mechanisms in the brain.

For example, he was the first to show the central role of only about 3,000 so-called AgRP cells in the hypothalamus, a region of the brain important for many of the body’s hormonal processes. Using pioneering techniques, he showed that this group of nerve cells is responsible for how much we eat and how much glucose the liver releases by converting fat back into sugar. These cells also regulate how sensitively our body’s cells react to insulin. In addition, he discovered that they cease to react to insulin in the case of obesity. They are said to become insulin-resistant, and can no longer function properly. His extensive research of the AgRP cells provided the basis for new approaches to develop drugs to treat obesity caused by insulin resistance.

More recently, Jens Brüning found evidence in mice as to why the children of obese mothers may face a higher risk of developing diabetes or obesity, a long-known phenomenon. He found that in the brains of baby mice whose mothers were on a high-fat diet during the suckling period, the circuits of nerve cells that normally suppress appetite did not develop normally. As this period in mice is comparable to the last trimester of human pregnancy, these findings further underscore the direct relevance of Jens Brüning’s basic research to individuals and society, as a whole.

Jens Brüning studied medicine at the University of Cologne, Germany, followed by a residency in internal medicine from 1992 to 1994. For his post-doctoral research, he joined Professor C. Ronald Kahn at Harvard Medical School in Boston, USA. In 1997, he returned to Cologne to continue his residency in internal medicine and endocrinology and set up an independent research group. He obtained a tenured professorship at the Institute for Genetics at the University of Cologne in 2003, and four years later, he became coordinator of the Cologne Excellence Cluster “Cellular stress responses in aging-associated diseases” (CECAD). In 2011, he was appointed director of the Max Planck Institute for Metabolism Research and director of the Policlinic for Endocrinology, Diabetes, and Preventive Medicine at the University Hospital of Cologne. Jens Brüning has received many prestigious awards, including the Gottfried Wilhelm Leibniz Prize of the Deutsche Forschungsgemeinschaft, the Minkowski Prize of the European Association for the Study of Diabetes, the Ernst Jung Award for Medicine, and the Carl Friedrich von Weizsäcker Prize. He is an elected member of the European Molecular Biology Organization EMBO, the Academy of Sciences and Arts in North Rhine-Westphalia, and Germany’s National Academy of Sciences Leopoldina.

This international award honours outstanding research on biologically active molecules and systems in the fields of chemistry, biochemistry, and physiology as well as their clinical importance. The 100,000-euro prize is named after the Nobel Laureate Heinrich Otto Wieland (1877–1957) and has been awarded annually since 1964. Among the awardees – selected by a scientific Board of Trustees – are four later Nobel Laureates. Since 2011, the prize has been endowed by the Boehringer Ingelheim Foundation.

The Boehringer Ingelheim Foundation is an independent, non-profit organization committed to the promotion of the medical, biological, chemical, and pharmaceutical sciences. It was established in 1977 by Hubertus Liebrecht (1931–1991), a member of the shareholder family of the Boehringer Ingelheim company. With the Perspectives Programme Plus 3 and the Exploration Grants, the Foundation supports independent junior group leaders. It also endows the internationally renowned Heinrich Wieland Prize as well as awards for up-and-coming scientists. In addition, the Foundation is donating a total of 154 million euros from 2009 to 2027 to the University of Mainz to finance the scientific operations of the Institute of Molecular Biology (IMB). Since 2013, the Foundation has been providing a further 50 million euros for the development of the life sciences at the University of Mainz.