The Science of a Billboard Hit Song 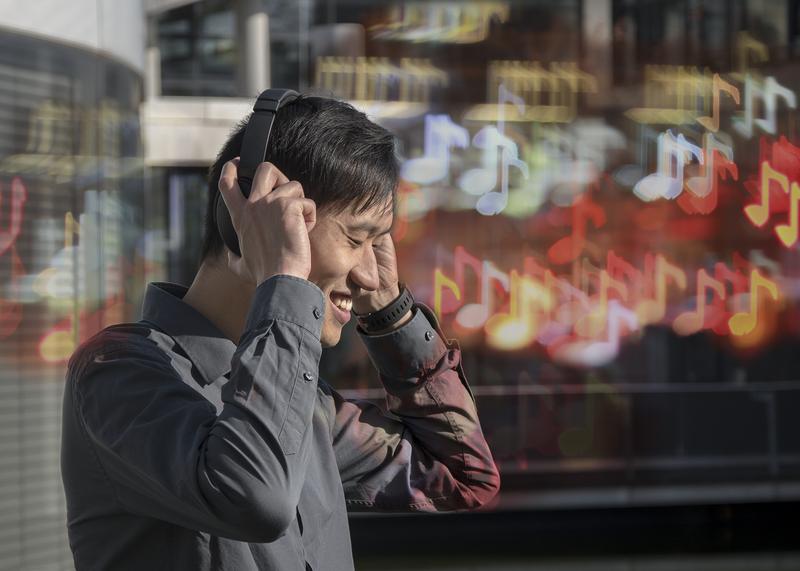 Scientists around Vincent Cheung want to understand the process behind how expectancy in music elicits pleasure. | Quelle: MPI CBS

Why is it that people find songs such as James Taylor’s “Country Roads,” UB40’s “Red, Red Wine,” or The Beatles’ “Ob-La-Di, Ob-La-Da” so irresistibly enjoyable? In a study reported in the journal Current Biology on November 7, researchers analyze 80,000 chords in 745 classic U.S. Billboard pop songs—including those three—and find that musical pleasure comes from the right combination of uncertainty and surprise.

When we hear a song for the first time, our brain automatically makes predictions about what sound will come next based on music we’ve heard in the past. We experience pleasure when our expectations are sometimes met, but not all the time. Composers and songwriters seem to have known this for centuries. So at what point is music pleasurable? And what is the brain mechanism behind it?

To answer these questions, the researchers turned to machine learning. A statistical-learning model was trained to quantify the expectancy of 80 000 chords from famous American billboard hits. This allowed the team to determine whether pleasantness could be predicted by the uncertainty concerning the upcoming chord, or the surprise experienced upon hearing it. To rule out factors like memories associated with particular songs, the chords were stripped of other aspects of the original material, such as the lyrics and melody. The chord progressions remained the same but they were no longer recognisable as famous songs; ABBA's 'Knowing Me Knowing You' for example.

The team found two distinct patterns associated with chord pleasantness: those with low uncertainty and high surprise, or the opposite, highly uncertain but not surprising. Let's unpack that. The uncertainty of an upcoming chord was assumed to be predictable from the music structure and distinct from the actual reaction to the chord. If the participant was sure what was coming next (low uncertainty) but the song unexpectedly deviated and surprised them, they found that pleasant. However, if the chord progression was harder to predict (high uncertainty) but the actual chord which arrived did not surprise them, they also found the stimuli pleasant, possibly suggesting they had guessed correctly.

“In other words, what is crucial is the dynamic interplay between two temporally dissociable aspects of expectations: the anticipation beforehand, and the surprise afterwards”, says Vincent Cheung, the lead scientist of the study.

To find out the underlying neural mechanism, the team examined participants’ brain activity using functional MRI. They found that the interactive effect between the uncertainty of the upcoming chord and its level of surprise was associated with brain activity changes in emotion- and auditory-related areas. Importantly, activity of the nucleus accumbens was associated only with the level of uncertainty. This reward-related brain region is thought to play a central role in musical pleasure. Senior author Stefan Koelsch explains, "What this suggests is that the nucleus accumbens might not be driving the experience of pleasure per se, and its role in music-evoked emotions may be more nuanced than previously thought.”

Researchers suggest that the findings could have a direct relevance to the music industry. “On one hand, our results could be applied to assist composers or even computers in writing music. On the other, algorithms could be developed to predict musical trends and how well a song would do based on its structure. The possibilities are endless,” says Cheung.