The neocortex is critical for learning and memory 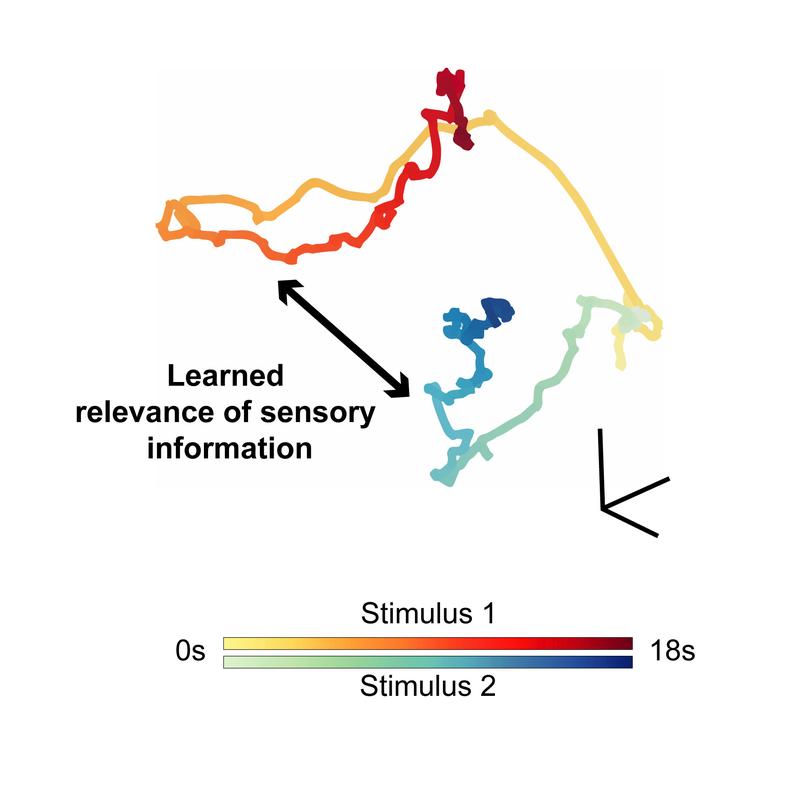 A remarkable feature of the brain is that similar information is invariably represented in several parallel brain areas. It is therefore often unclear whether and how these different areas contribute to behavioral functions such as learning and memory. In the latest issue of Neuron, a team of scientists led by Johannes J. Letzkus, Research Group Leader at the Max Planck Institute for Brain Research, discovered that the neocortex plays a key role in learning and memory, in particular when auditory stimuli are complex and naturalistic. Memory is mediated by plasticity of communication with the amygdala, the brain’s hub for emotions.

The neocortex is the largest area of the human brain. It has expanded and differentiated enormously during mammalian evolution, and is thought to mediate many of the capacities that distinguish humans from their closest relatives. Moreover, this area also plays a central role in many psychiatric disorders. Given this fundamental importance, it is perhaps surprising that in many instances lesion or inactivation of the neocortex has virtually no effect on an animal’s behavioral capacities, raising the question which brain functions this area mediates.

“We were struck by the fact that the overwhelming number of studies to date have used very simple, highly reductionist stimuli in this work” says Johannes Letzkus. “While they offer good experimental control, they just don’t occur in nature, and we hypothesized that neocortical function might be especially relevant if more naturalistic information is used for learning”. A class of complex, naturalistic stimuli that are a key component of many animal vocalizations as well as human speech are so called frequency-modulated (FM) sweeps. Indeed, when the scientists compared these stimuli to simple pure tones, there was a striking difference: While memory to simple stimuli was completely unaffected by inhibition of the auditory cortex in mice, the same manipulation caused a profound deficit for complex FM sweeps. Dr. Letzkus remembers: “When I discussed these results with Tamas Dalmay, the PhD student who drove this work, we were struck by how clearly our hypothesis had manifested in the data. The complexity of auditory information thus emerges as a key organizing feature that determines whether the neocortex is critically involved in learning”. These insights were further underpinned by independent work in the laboratory of Brice Bathellier (Neuro-PSI, Paris, France), who found very similar effects in a different learning task.

“These results therefore firmly put the neocortex on the map for learning under naturalistic conditions” says Dr. Letzkus. “This is particularly significant since all human experience that may lead to adaptive as well as maladaptive outcomes are likely of a complex nature”.

Fueled by this discovery, the Letzkus lab went on to discover that signal flow from neocortex to the amygdala, the brain’s hub for emotional information, is a central substrate of naturalistic memory. A collaboration with the groups of Julijana Gjorgjieva (Max Planck Institute for Brain Research) and Philip Tovote (University Hospital Würzburg, Germany) enabled the team to show that memory cannot be properly expressed when this pathway is inhibited. Strikingly, its activation even caused behavioral responses in naïve animals that hadn’t previously learned anything.

Johannes Letzkus: “If this pathway is indeed central for memory, then one would expect it to change its function due to learning”. Indeed, work by Elisabeth Abs in the Letzkus lab revealed that these neurons encode the difference between sensory stimuli much more efficiently once they had acquired learned relevance (Figure above).

“Our hope is that the present findings have put the neocortex as an underappreciated brain area in the context of learning and memory on the map also for other labs. Given the very clear difference we demonstrate between reductionist and naturalistic information, I also strongly feel that future work should put a greater emphasis on the use of stimuli with real-world relevance” concludes Dr. Letzkus.

This work was supported by the German Research Foundation, the European Research Council and the Max Planck Society.