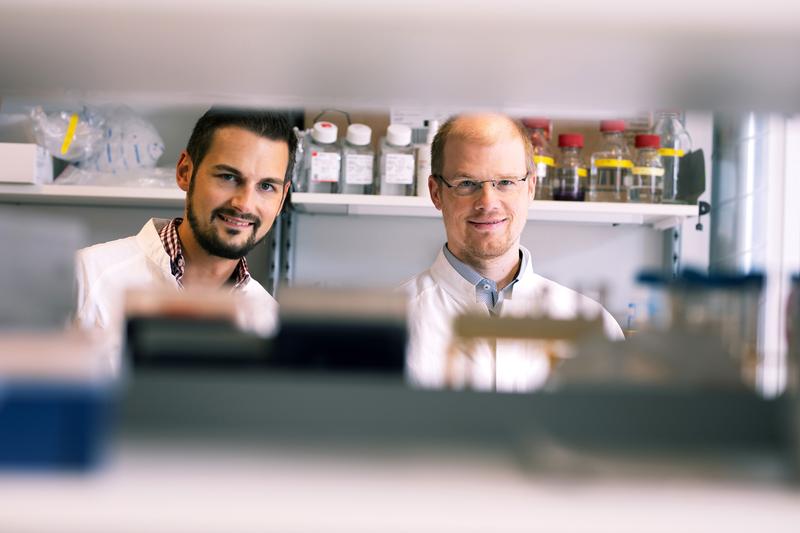 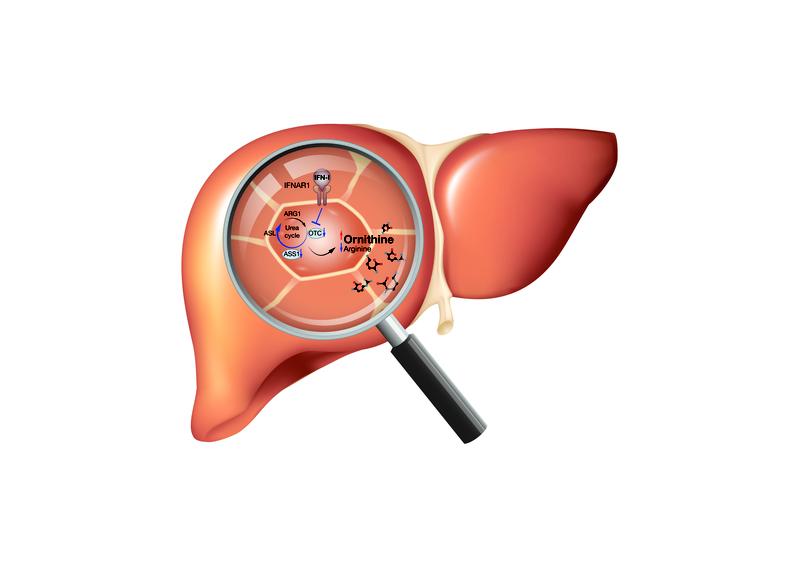 Researchers at CeMM Research Center for Molecular Medicine of the Austrian Academy of Sciences identified a key mechanism for how antiviral immune responses reprogram liver metabolism. Their recent study published in Immunity investigated the communication between inflammation and liver metabolism during chronic viral infection. The antiviral cytokine type I interferon (IFN-I) was found to be a master regulator of metabolic pathways in liver cells. The researchers focused on the urea cycle and found that it is disrupted by IFN-I during viral infection. This led to altered serum metabolite concentrations which regulated antiviral immunity and reduced liver pathology.

The liver is a crucial organ for systemic metabolism in our body. Apart from the turnover of biomolecules and drug metabolism, the liver’s main function is the removal of toxic substances from the organism. Hepatocytes, or liver cells, are the most abundant cell type and functional unit of the liver. They are metabolic powerhouses in the healthy organism, but they also serve as important immune signaling platforms during infections. As such, they have the potential to react to a range of cytokines – small molecules that are essential for the coordination of immune responses.

Previous studies in the field of immunology and metabolism, or immunometabolism, unveiled groundbreaking mechanisms about how cells of the immune system need to adjust their metabolism to perform their functions to fight pathogens and cancer. Building on this, Andreas Bergthaler and his group at CeMM aimed to study the immunometabolic changes that occur in the whole organism during infection. They particularly focused on the liver due to its important role in controlling systemic metabolism.

To dissect the involved complex processes, the authors took advantage of the benchmark model of chronic infection, the lymphocytic choriomeningitis virus (LCMV). Research with LCMV had already led to fundamental insights into immunology over the past 80 years, and notably contributed to three Nobel Prizes. Among them is the 2018 Nobel Prize in Physiology or Medicine, which was awarded to James Allison and Tasuku Honjo for their discoveries relating to the revolutionary new cancer immunotherapies which exploit the body’s own immune killer cells, or CD8 T cells.

The present study by Alexander Lercher, Anannya Bhattacharya et al. is the result of cross-disciplinary collaborations with researchers from the Medical University of Vienna and the University of Veterinary Medicine in Vienna (Austria), as well as from the Hannover Medical School (Germany), the Cantonal Hospital St. Gallen (Switzerland) and the company Bio-Cancer Treatment International Ltd (China). The study was designed as an integrative unbiased approach to investigate the molecular changes in the liver during chronic infection. Next to expected inflammatory changes, the authors identified intriguing changes in hepatocyte metabolism. Many central metabolic pathways, among them the urea cycle, were found to be repressed upon infection. The urea cycle is essential to remove toxic ammonia from the body to prevent brain damage. Surprisingly, the researchers identified the antiviral cytokine signaling pathway of type I interferons (IFN-I) as a regulator of the urea cycle. This resulted in altered blood concentrations of the amino acids arginine and ornithine. “A key experiment for us was that when we removed the receptor for IFN-I on the surface of hepatocytes, we didn’t see these metabolic changes anymore”, says Alexander Lercher, first author of the study and PhD student in the laboratory of CeMM Principal Investigator Andreas Bergthaler. The systemic changes of arginine and ornithine were found to inhibit antiviral CD8 T cell responses and to reduce liver damage.

One of the most important revelations of this study was the identification of IFN-I signaling as a master regulator for the repression of metabolic processes in hepatocytes upon infection. “We were really surprised that an antiviral molecule affects such vital biological processes as the urea cycle during infection”, says Michael Trauner, co-author of the study and head of the Department of Gastroenterology and Hepatology at the Medical University of Vienna. Together, these findings shed new light on how the body’s immune system evolved to regulate liver metabolism that modulate CD8 T cell responses and reduce collateral tissue damage during infection. Andreas Bergthaler: “We regard this study an important contribution to the field of systemic immunometabolism. It also highlights the central role of the liver for our immune system and how organs of the body communicate through metabolites.” In the future, such findings may be exploited to therapeutically intervene with the regulation of metabolic processes to modulate CD8 T cell responses in diverse diseases such as infection, cancer and autoimmunity.
ogrammieren.

Attached pictures:
1. Liver cartoon (© Bergthaler Group/CeMM)
Caption: This cartoon depicts a finding of the study – that cytokine signaling via the type 1 interferon receptor (IFNAR1) represses the urea cycle genes Otc and Ass1 which results in increased ornithine and decreased arginine concentrations in the liver and serum of virus infected animals. This eventually dampens antiviral T cell responses and ameliorates hepatitis.
2. 3D Illustration of the liver (© Bergthaler Group/CeMM)
Caption: This 3D image depicts the liver at the microscopic level. Liver cells are organized around the central veins to form hexagonal hepatic lobules that are powerhouses of liver metabolism and immune-metabolic regulators upon infection.
3. First author Alexander Lercher and last author Andreas Bergthaler (© Franzi Kreis/CeMM)

Funding:
The study was funded with support of the European Research Council (ERC) under the European Union's Horizon 2020 research and innovation program (Grant Agreement No 677006, “CMIL” to Andreas Bergthaler). Alexander Lercher, Anannya Bhattacharya and Julia S. Brunner were supported by a DOC fellowship of the Austrian Academy of Sciences. Natalia Pikor was supported by an Ambizione grant awarded by the Swiss National Science Foundation (PZ00P3_180011/1).

Andreas Bergthaler studied Veterinary Medicine in Vienna. He undertook graduate and postgraduate research with Hans Hengartner and Nobel Laureate Rolf Zinkernagel at the University of Zurich and ETH Zurich followed by postdoctoral positions at the University of Geneva at the Institute for Systems Biology in Seattle. He joined CeMM in 2011 as Principal Investigator and holds an ERC Starting Grant.

The mission of CeMM Research Center for Molecular Medicine of the Austrian Academy of Sciences is to achieve maximum scientific innovation in molecular medicine to improve healthcare. At CeMM, an international and creative team of scientists and medical doctors pursues free-minded basic life science research in a large and vibrant hospital environment of outstanding medical tradition and practice. CeMM’s research is based on post-genomic technologies and focuses on societally important diseases, such as immune disorders and infections, cancer and metabolic disorders. CeMM operates in a unique mode of super-cooperation, connecting biology with medicine, experiments with computation, discovery with translation, and science with society and the arts. The goal of CeMM is to pioneer the science that nurtures the precise, personalized, predictive and preventive medicine of the future. CeMM trains a modern blend of biomedical scientists and is located at the campus of the General Hospital and the Medical University of Vienna.
www.cemm.oeaw.ac.at