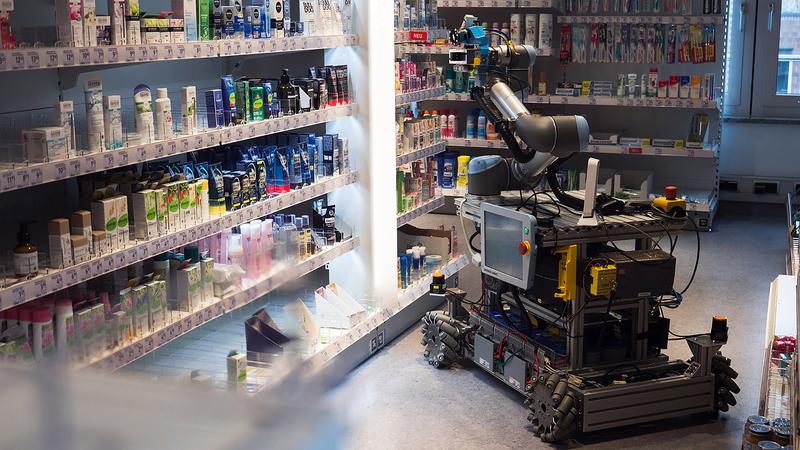 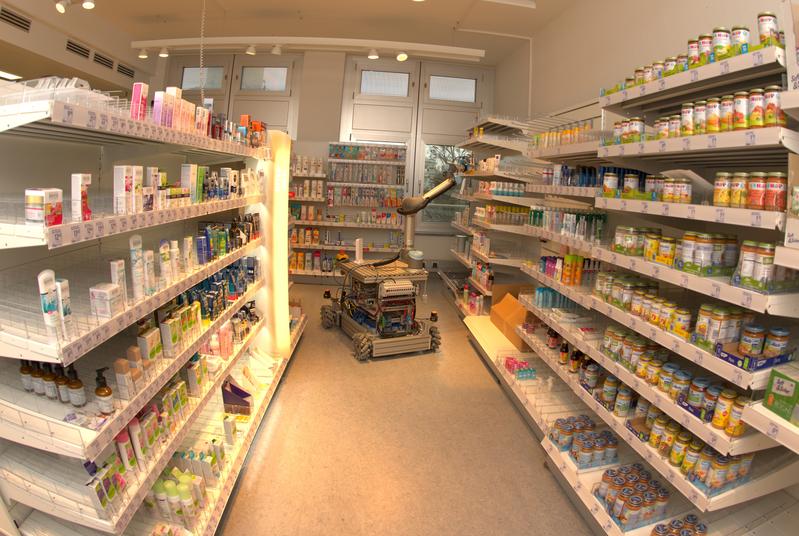 The University of Bremen was extremely successful in the innovation competition “Artificial intelligence as a driving force in economically relevant ecosystems” by the Federal Ministry for Economic Affairs and Energy. The Bremen project “Knowledge4Retail”, within which the Institute for Artificial Intelligence (IAI) plays a leading role, will receive funding of 13 million euros. More than 1.5 million will go to the IAI. The aim: To incorporate AI with its connected opportunities into retail.

“The funding of the Knowledge4Retail project is a great success for the scientific and economic location Bremen,” states Professor Michael Beetz, director of the Institute for Artificial Intelligence (IAI) at the University of Bremen enthusiastically. “From January 1, 2020, 13 partners from economy and science will work together in the hanseatic city in order to create a platform for the application of artificial intelligence in retail. This is an extremely important step for Bremen in terms of linking the existing competences in AI in a stronger manner and in putting Bremen on the German AI map.”

K4R – the project abbreviation – is a crucial building block in Bremen’s AI strategy in Michael Beetz’s opinion. “More than half of the partners, including the lead manager, come from Bremen. The project is an example of successful cooperation between university research institutes, the Bremen offices of the German Research Center for Artificial Intelligence (DFKI), and leading software companies in Bremen.” The project received 13 million euros for a period of three years, of which the Institute for Artificial Intelligence will receive more than 1.5 million. With this money, several jobs for highly qualified scientists can be created.

Driving Force for the Economy

Artificial Intelligence (AI) is currently on everyone’s lips and is viewed as a key technology. The application possibilities are varied and some are even being used now – whether it be in the realms of speech assisting systems, cancer diagnosis, or the development of autonomous driving. In the spring of 2019, the Federal Ministry for Economic Affairs and Energy (BMWi) announced a multi-million euro program with the innovation competition “Artificial intelligence as a driving force in economically relevant ecosystems” (Künstliche Intelligenz als Treiber für volkswirtschaftlich relevante Ökosysteme). The intention was to support outstanding ideas for the application of AI in important areas of the German economy. More than 130 concept ideas were submitted by networks made up of economists and scientists. 35 chosen projects were then allowed to submit full proposals and 16 groups were finally crowned winners – one of which was the concept group from Bremen.

“With the Knowledge4retail project – in short K4R – we want to develop new opportunities for the better linkage between online and stationary retail,” explains Michael Beetz. “The product range offered in stationary shops is to be made available online via a so-called digital twin. As an example, for this we require service robots that automatically log the available products in a specific shop.”

The application scenario: Branch managers and staff always know – whether this is due to a computer or mobile device – where the products are located and how many are there. Robots log this information and either restock some products or take misplaced items back to their spot. Sales managers can then design or stock their branches differently depending on the location or the customer structure. “There are an immense number of thinkable application possibilities for AI in retail,” says Professor Beetz, one of the leading researchers in the field. “The task is now to develop and design the best and most expedient ones.” The use of AI in retail may also help to regain territory lost to online retail via better service and consultation offers.

Knowledge4retail is also an important step for the research in and around the university in terms of driving robotics forward and placing the location on the national AI map. “We wish to develop our expertise in this field and the excellent networking with local partners in such a manner that robotics and AI form one of the high-performance, scientific high-profile areas of the University of Bremen for a renewed application for Excellence Strategy funding,” states Professor Beetz.

Connecting the analogue world to the digital world and incorporating robots into human day-to-day life using AI is the aim of the research carried out at the Institute for Artificial Intelligence. “For several years, we have been trying to make robots capable of learning. Earlier, specific behavior had to be programmed systematically and under consideration of all eventualities. We want the robots to learn from each other,” explains Michael Beetz. He is also the spokesperson of the collaborative research center EASE (Everyday Activity Science and Engineering) at the University of Bremen. EASE is also working on the open knowledge database openEASE.

“With openEASE, we are providing a web-based knowledge service in the field of research and development, which can be fed with worldwide acquired robot and activity data. This allows for a type of wikiHow to develop with instructions on how robots can adopt specific activities,” according to Beetz. The thought behind this is that when a robot has successfully and repeatedly completed a task – for example stocking a shelf – then the robot can pass this step onto other robots in the form of instructions. This means that the other robots do not have to undergo complicated training for this particular action.