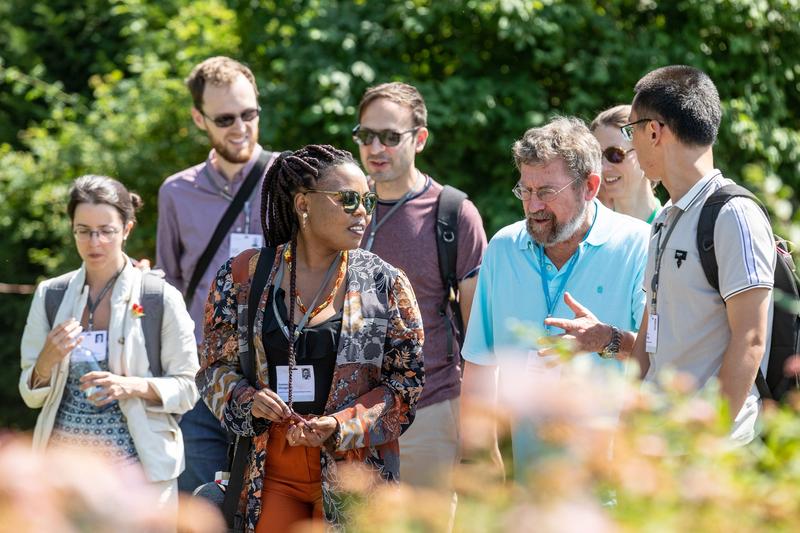 - Confirmations for the invitation to the 70th Meeting sent out today
- Network of academic partners expanded again
- Selection process supported by alumni of previous Meetings
- Application for the 71st Lindau Meeting 2021 from September
- Further information available at lindau-nobel.org – #LINO70

Young scientists from 101 countries are invited to the 70th anniversary of the Lindau Nobel Laureate Meetings. This was the result of the decision taken today by the Council for the Meetings to conclude the nomination and selection process.

“We are pleased to inform you that the scientific review panel of the Meetings has selected you to participate in the 70th Lindau Nobel Laureate Meeting taking place from 28 June to 3 July 2020 in Lindau, Germany.” While the “important phone call from Stockholm" usually comes as a complete surprise to freshly selected Nobel Laureates, the young scientists have been waiting for days for this message in their mailbox. – Today the notifications of acceptance are sent from Lindau to the young researchers all over the world.

Countess Bettina Bernadotte, President of the Council: “Every year it is very moving to be able to offer so many excellent students, PhD candidates and post-docs this opportunity for an exchange and for the further development of their careers. For our 70th Meeting we are particularly pleased that we were able to gain new academic partners in four countries who will send Young Scientists to Lindau this summer.”

In addition to almost 200 academic partners – academies of science, universities, foundations and research-based companies – once again six Nobel Laureates nominated young scientists for participation. All nominees have gone through a demanding, multi-stage selection process over the past few months: Following the nomination, they had to submit extensive documentation on their previous scientific career as a first step. On this basis a preliminary evaluation took place. For the first time this year, it was supported by Lindau Alumni who had attended the Lindau Meeting themselves in previous years. The final decision was taken by the scientific chairpersons of the 70th Lindau Meeting – this year with an interdisciplinary programme (every five years) professors from three scientific disciplines: Heiner Linke and Wolfgang Lubitz (Chemistry), Klas Kärre and Stefan Kaufmann (Physiology or Medicine) as well as Lars Bergström and Rainer Blatt (Physics).

For journalists:
If you would like to get in touch with young scientists already before the Meeting we can arrange this via communications@lindau-nobel.org.

Accreditation for the 70th Lindau Nobel Laureate Meeting available from mid-March at lindau-nobel.org/press

About the Lindau Nobel Laureate Meetings

Since their foundation in 1951 the Lindau Nobel Laureate Meetings have developed into a unique international scientific forum. The annual Meetings provide an opportunity for an exchange between different generations, cultures and disciplines. The theme of the Lindau Meetings alternates between Physiology and Medicine, Physics or Chemistry – the three Nobel Prize scientific disciplines. Every five years an interdisciplinary Meeting takes place, while the Lindau Meeting on Economic Sciences is held every three years. Through the medium of various declarations (2015 on Climate Change, 1955 Against the Use of Nuclear Weapons) the scientists have repeatedly joined in the public debate with political appeals.

It was the Lindau physicians Franz Karl Hein and Gustav Wilhelm Parade who approached Count Lennart Bernadotte af Wisborg with the idea of a conference of Nobel Laureates and proceeded to jointly implement this – since 1953 with the participation of young scientists. Some 35,000 students, PhD candidates and post-docs have since taken part. Their experience of the Meeting may be literally once-in-a-lifetime, but they remain permanent members of the Lindau Alumni Network and ambassadors for scientific dialogue.

All year long the Lindau Nobel Laureate Meetings continue to pursue their “Mission Education” aimed at emphasising the importance of science and advocating science and research. This is also the purpose for which the online mediatheque is being developed into a learning platform which includes teaching materials for schools.