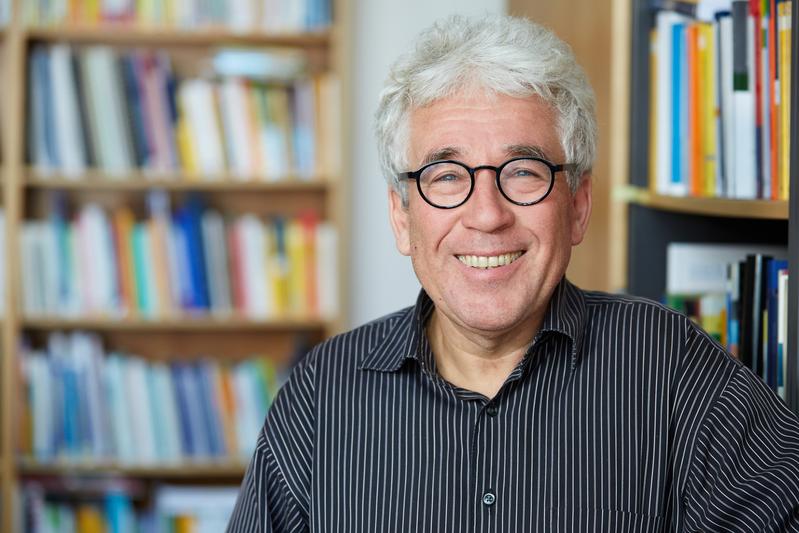 A festive ceremony and an expert talk will be hosted today for Professor Dr. Eckhard Klieme by DIPF | Leibniz Institute for Research and Information in Education in Frankfurt am Main, on the occasion of his retirement. The educational researcher made major scientific contributions to the development of the educational system – spanning educational standards, all-day schooling and the national report on education as well as the PISA study. Today, speeches will be delivered from policy-makers and researchers. Moreover, the main areas of Klieme’s pioneering work will be highlighted: research on instruction and schooling, and the assessment of competencies.

“Eckhard Klieme has made a contribution to improving the quality of education in Germany that deserves the highest praise, as does his share in our institute’s scientific activities. But we are also grateful for his curious mind, his continually kind and motivating collaboration and the great passion he has shown in putting his ideas forward “, Professor Dr. Kai Maaz emphasized, Executive Director at DIPF. For nearly twenty years, Eckhard Klieme chaired the “Department of Educational Quality and Evaluation“, and he served as the Executive Director of the institute several times. Simultaneously, he held a professorship for Education Science, jointly appointed by DIPF and Goethe University Frankfurt.

Klieme studied Mathematics, holds a doctorate in Psychology and a postgraduate degree in Education Science. In the course of his career he co-ordinated the PISA study in Germany, chaired the expert group on the development of national education standards, became a Fellow of Harvard University and a jury member for the German School Award. In 2010, Eckhard Klieme was awarded the prize “Society needs science “ by Stifterverband. In 2014, he received an honorary doctorate from Liège University in Belgium.

He has rendered significant contributions to the establishment of important fields and priorities at DIPF, such as the Centre for Technology Based Assessment (TBA), which develops and researches future-oriented computer-assisted assessment, the coordination of the national report on education, and the research centre “Individual Development and Adaptive Education of Children at Risk“ (IDeA), which assesses learning and development processes in children aged under twelve years.

For fifteen years, Eckhard Klieme chaired a cross-institutional consortium of researchers responsible for the ”Study on the Development of All-Day Schools“ (StEG). Together with Professor Dr. Detlev Leutner from the University of Duisburg-Essen, he raised funds from the German Research Foundation (DFG) for a priority programme by which competencies were assessed across 30 interdisciplinary projects involving nearly 50 participating science institutes. Under his aegis, DIPF repeatedly participated in international large-scale student assessments.

Today’s farewell, held at Campus Westend of Goethe University, is not only celebratory but most of all a colloquium, dedicated to the main areas of study at his “Department of Educational Quality and Evaluation“: pedagogical processes in the classroom and at school, with a focus on the quality of pedagogical actions, and the measurement and assessment of achievement, competencies and dispositions as educational outcomes. Many of the around 300 guests are current and former members of staff at his Department, more than 20 professorial careers originated here.

After his official farewell, Eckhard Klieme will continue to be associated with DIPF as a Research Fellow. In his new role, the educational researcher intends to focus on intercultural comparisons of teaching and long-term development of schools and education systems. He will, for instance, continue to be involved in the interdisciplinary network on research on training, funded by the Leibniz Association. He will also continue working on the international TALIS video study which assesses the effectiveness of mathematics instruction in different countries, and also taps into changes of instructional culture since Klieme’s first such international video study, conducted in 1995.

Eckhard Klieme draws the following conclusion: “My research was always aimed at elucidating the reality of pedagogical practice in schools and systematically clarifying the effects on learners. This enables scientists, teachers and the public at large to discuss school and teaching in a profound manner – and this knowledge should always serve as the foundation for changes. For such practice-oriented scientific work, DIPF offers ideal conditions. I am deeply grateful for the opportunity to collaborate with wonderful colleagues and I am sure that the institute will successfully develop this work further.“

DIPF is the Leibniz Institute for Research and Information in Education with locations in Frankfurt am Main and in Berlin. DIPF wants to contribute to coping with challenges in education, facilitating access to education and improving quality in education. Therefore, the institute supports schools, children’s day-care centres, scientists, administrators and policy-makers with empirical research, scientific infrastructures and knowledge transfer.