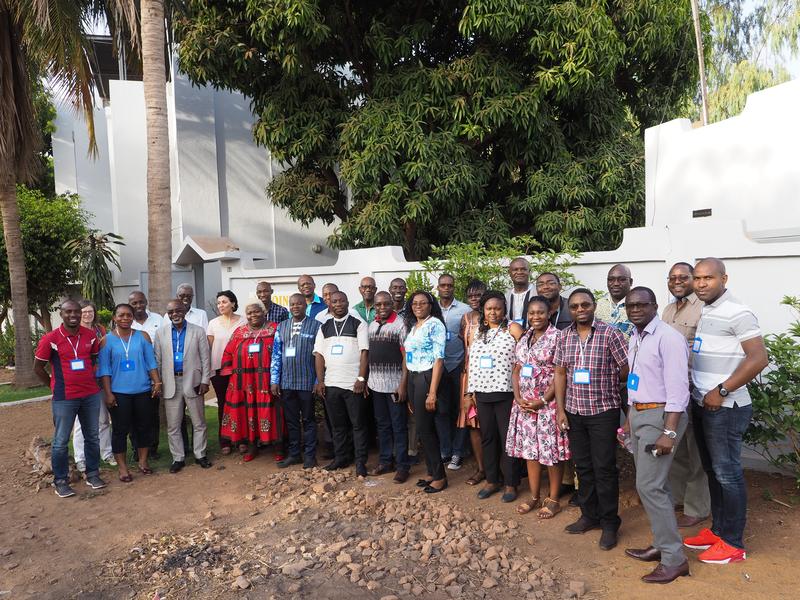 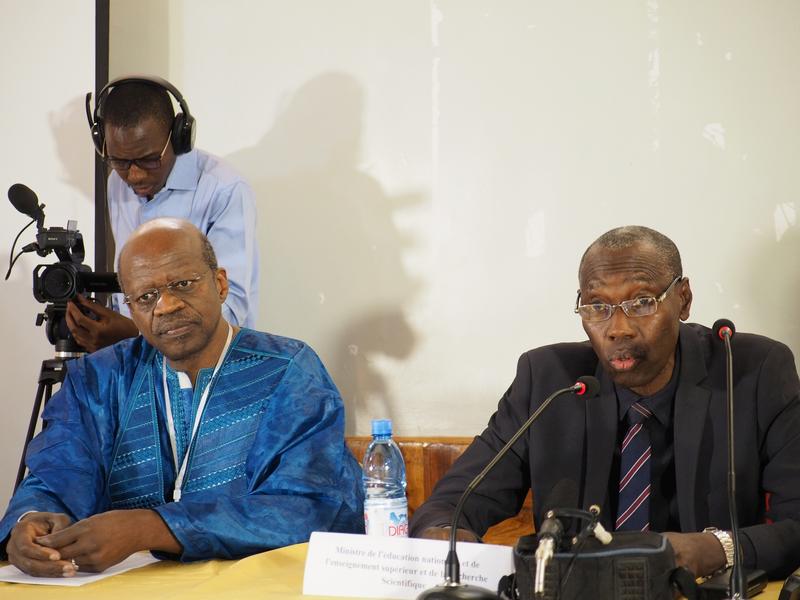 Scientists from Goethe University, the University of Basel and the Research Centre Point Sud opened a unique postgraduate academy in Bamako (Mali) on Monday.

FRANKFURT. Strengthening basic research in African countries – this is the goal of the new postgraduate academy in the Mali city of Bamako – in particular in the humanities and social sciences. The academy, which was financed by the Gerda Henkel Foundation and conceived by scientists from Frankfurt and Mali, was ceremonially opened on 2nd March.

Despite great progress, the francophone African countries still receive scant consideration in the global production of knowledge. Especially in the humanities and social sciences, there is greater focus on the need for problem solving in politics and development industries – to the detriment of the potential for developing these fields. Professor Elisio Macamo from the University of Basel, one of the two founding directors, described the situation during the opening ceremony: “In politically-oriented discourses, science sees itself as obligated to provide solutions for human problems, and practical utility becomes the benchmark for determining the validity of knowledge.” In fact, the debate about the extent to which science is required to produce relevant knowledge leads to a dilemma that has made the discussion very difficult. “Scientists, especially in Africa, are caught between communicating useful knowledge while simultaneously watering down scientific standards on the one hand, and maintaining scientific standards while simultaneously risking irrelevance on the other,” says Macamo.

In a context which in public opinion is particularly characterised by “seemingly obvious problem areas” which are to be solved with the help of the scientific repertoire learned at universities, what role does basic research play in the humanities and social sciences? This is a question also asked by Professor Mamadou Diawara from the Institute for Ethnology at Goethe University, who founded the new academy together with Macamo and scientists in Mali. The conceptual and methodical development of the disciplines themselves are often neglected in the process. It is of more importance, however, to understand the problems thoroughly and formulate the right questions. Unfortunately, this is far from being a given. According to the scientists, the excess of “applied research” in the service of development politics leads to Africa increasingly falling behind in the production of global knowledge, a phenomenon particularly evident in francophone Africa, which is the focus of the project.

The “Pilote African Postgraduate Academy (PAPA)“ developed by Goethe University, the University of Basel and the research centre Point Sud in Bamako explicitly does not see itself as decolonial project. “We’re not looking for an African science that does everything differently than the so-called European science. On the contrary, we want to free scientific vocabulary from these kinds of intellectual corsets,” Macamo explained. PAPA intends to strengthen basic research in the humanities and social sciences. Fifteen early career scientists from eight countries began their work in research following the opening of the academy. Professors Mamadou Diawara and Elisio Macamo are responsible for the scientific leadership. The academy’s training programme is designed to encourage scholarship recipients to engage in a critical dialogue with their discipline, area studies, and their identity as scientists to address fundamental epistemological questions. After concluding the three-year PAPA cycle, the carefully selected junior researchers will return to their native institutions to teach and research at a different level. Twice a year, the fifteen selected early career researchers and up to four established scientists in Bamako will take part in two-week workshops in Bamako. A mentoring programme will connect high-level researchers and award winners at their native institutions. In addition, a strong network is to be created for scientists and teachers from francophone African countries who live both inside and outside of Africa to exchange ideas and develop joint projects. The project will be funded by the Gerda Henkel Foundation for its first three years.

The event was ceremoniously opened by the Mali Minister for Education and Research, Professor Mamadou Famanta, and the German ambassador in Mali, Dr Dietrich Fritz Reinhold Pohl. The renowned Senegalese philosophy professor, Soulyemane Bachir Diagne from Columbia University, New York gave a lecture entitled „La question de l'Universel et les Etudes Postcoloniales“. Diagne also spoke in opposition to the radicalism of post- and decolonialists: “Of course we don’t want to burn down the colonial libraries – we want to use and criticise them.” He also spoke in opposition to “experience science,” in which research on certain segments of the population can only be carried out by its own members, since all others are supposedly unable to understand their life reality. “The idea that the everyday problems of black women can only be studied by black women is absurd. This approach would quickly put an end to science,” says Diagne. The opening ceremony ended with his brilliant lecture and a discussion with the fellows that lasted for over an hour.

The event continued in the afternoon at the research centre Point Sud which has been financed by Goethe University since 2012 as part of a DFG-programme. There, participants met the early career researchers who work at the centre. In the evening, the launch of the project was celebrated to traditional kora music.