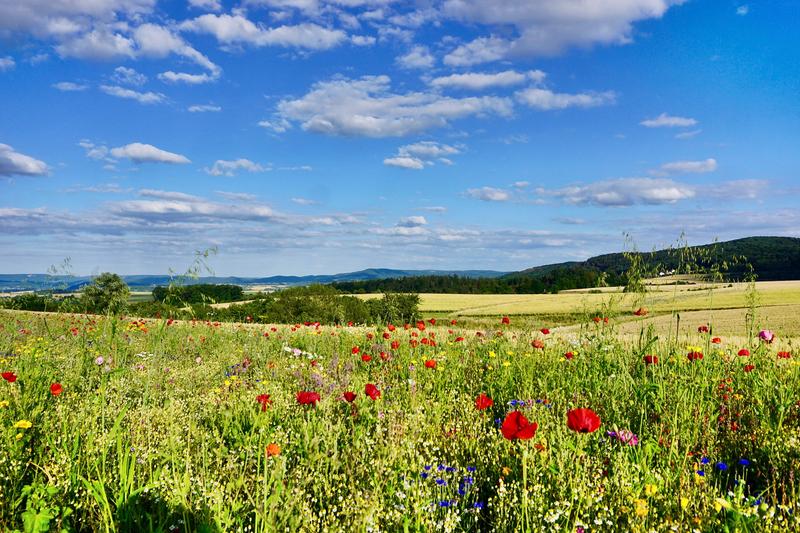 Leipzig. Over 3,600 researchers from across Europe call for the EU to take into account scientific evidence. In a position paper written by 21 authors and coordinated by scientists from the German Centre for Integrative Biodiversity Research (iDiv), the Helmholtz Centre for Environmental Research (UFZ) and the University of Rostock, the EU Commission’s current reform proposals were identified as inadequate. Billions of euros of taxpayers' money are about to be poured down the drain - making it unlikely to reach the set climate and nature conservation targets or the envisaged social objectives. The researchers are proposing ten measures for a sustainable and fair agricultural policy.

The European Union is currently deciding on funding guidelines for its common agricultural policy for the next seven years. There is a lot of money at stake: in 2019, the EU spent 58 billion euros, a good third of its annual budget, on funding agriculture and rural development. These public funds are primarily used to guarantee farmers' incomes, including intensive agriculture.

According to the World Biodiversity Council (IPBES), intensive agriculture is the number one cause of biodiversity loss and associated ecosystem services that are essential for human well-being. For example, the decline in numbers of insects leads to decreased pollination of food plants or a lack of plant pest control through natural enemies. Intensive farming also promotes emission of climate gases and contributes to soil and water pollution.

Public awareness of the value of biological diversity is growing, and, at the same time, so is public rejection of the EU’s common agricultural policy (CAP). According to a 2016 survey carried out on behalf of the EU Commission, 92 percent of the citizens surveyed and 64 percent of the farmers considered the CAP funding for environmental and climate protection to be insufficient.

Many scientists from across Europe share these public concerns. "The post-2020 CAP, as proposed by the European Commission, is an inadequate response to environmental and sustainability challenges, and makes a business-as-usual scenario very likely," write the authors of the position paper. Twenty-one ecologists, economists and agricultural scientists drafted the position paper and posted it in the form of a petition on the Internet in autumn last year.
Over 3,600 scientists, from all 27 EU countries and 36 others, have signed the petition, some of them well-known people from society and public authorities. The petition has now been closed and the position paper with the list of signatories published. A more in-depth version of the text, with specific proposals for implementation, appears in the latest issue of the journal People and Nature. [The statements in this press release refer to the signed position paper.]
The action was coordinated by researchers from the German Centre for Integrative Biodiversity Research (iDiv), the Helmholtz Centre for Environmental Research (UFZ) and the University of Rostock.

The scientists are concerned that the already inadequate environmental requirements within the current reform proposals could be even further restricted. This is apparent from the amendments tabled by the European Parliament Committee on Agriculture and Rural Development and the EU Council – as representatives of the Member States – according to which a number of environmental constraints are to be reduced or lifted altogether.

"The EU is contradicting itself by asserting that the next CAP will be better for the environment and rural areas, while at the same time, cutting the budget for doing just that," says co-initiator and first author of the position paper Dr Guy Pe’er, ecologist at the iDiv research centre and at the UFZ.

The researchers and signatories are urging that scientific data be taken into account in the current revision of the CAP. "The knowledge necessary for a transition to sustainable European agriculture is available," they write in the position paper. This knowledge should now be used "…to meet citizens' demands for sustainable agriculture and to remedy systemic weaknesses in the CAP."

Back in 2017, Pe’er and other authors of the new position paper carried out a ‘fitness check’ to check the currently expiring CAP for effectiveness and efficiency, and identified major shortcomings. In a subsequent analysis, published in the scientific journal Science in August 2019, the scientists examined the current EU Commission reform proposals for possible improvements and drew the conclusion that the next CAP may likely perform even worse than the current one. The current position paper is based on workshops with experts including representatives from society and public authorities. Based on these, the authors come up with a list of recommendations for the EU and its Member States. The authors are now getting great support from many other European scientists and CAP experts.

With their position paper, the authors present ten measures for an improved CAP. Their recommendations include, among others, a demand for adequate funds for reducing agricultural greenhouse gas emissions (which are currently increasing), for effective protection of natural habitats and biological diversity, more efficient assessment of the performance of implemented measures, and a more transparent EU agricultural policy that should involve all stakeholders rather than protect narrow interests.

A top priority, the authors say, is to transfer the so-called direct payments to farmers into payments for activities that serve public goods and societal expectations. “These direct payments are primarily used to guarantee farmers’ incomes,” says agricultural economist and last author of the position paper Prof Dr Sebastian Lakner from the University of Rostock. "This prevents these resources being spent more wisely. Direct payments do little to help achieve environmental goals." More appropriate measures could include the conservation and restoration of small-scale landscape structures with elements such as flower strips, hedges and grassland. Many birds, insects and mammals benefit from this, which in turn also benefits agriculture.

With 40 billion annually, direct payments to farmers take up 70 percent of the EU's agricultural budget. The money is distributed based on the size of the area being cultivated without any significant relationship to sustainability or social standards - the bigger the area, the higher the funding. In their ‘fitness test’, the researchers assessed the direct payments as inefficient, harmful to the climate and environment, and socially unjust.

"Currently, there is a gap between the green aspirations of these payments and reality of the CAP," says agricultural economist Lakner. "Although the EU claims that 40 percent of payments (including direct payments) are climate-friendly, only 18 percent of the EU budget can be linked to any environmental actions at all, and not all environmental instruments are efficient. Instead, direct payments drive up land prices and create a difficult business environment particularly for the less competitive operators.”

The position paper also refers to the ‘European Green Deal’ announced last December by EU Commission President, Ursula von der Leyen promising a “…climate-neutral Europe and the protection of our natural habitat…” by 2050. The authors write that “A restructuring of the CAP to effectively support farmers in adapting to the challenges of sustainability would demonstrate the new Commission’s commitment, but such a change requires political courage.” They call on the Commission, Parliament and Council to step up and fulfil their responsibility to protect European agricultural systems, landscapes and people.