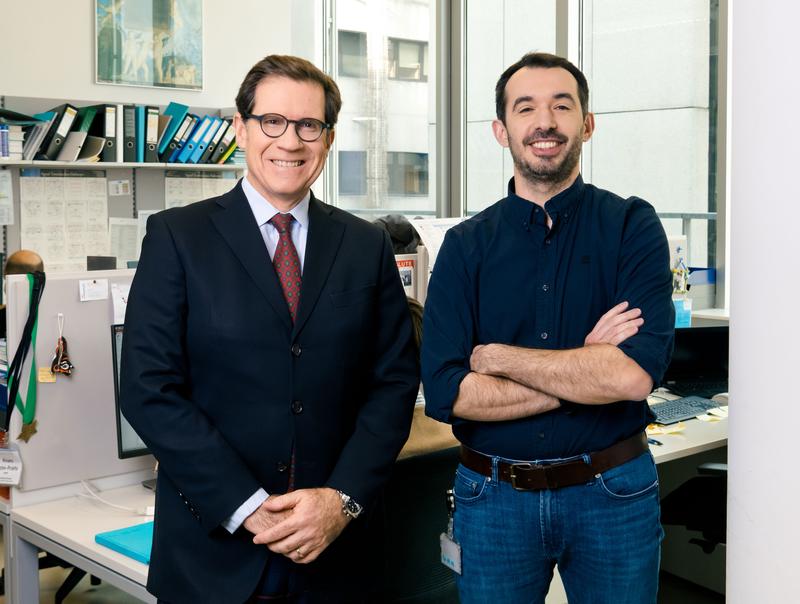 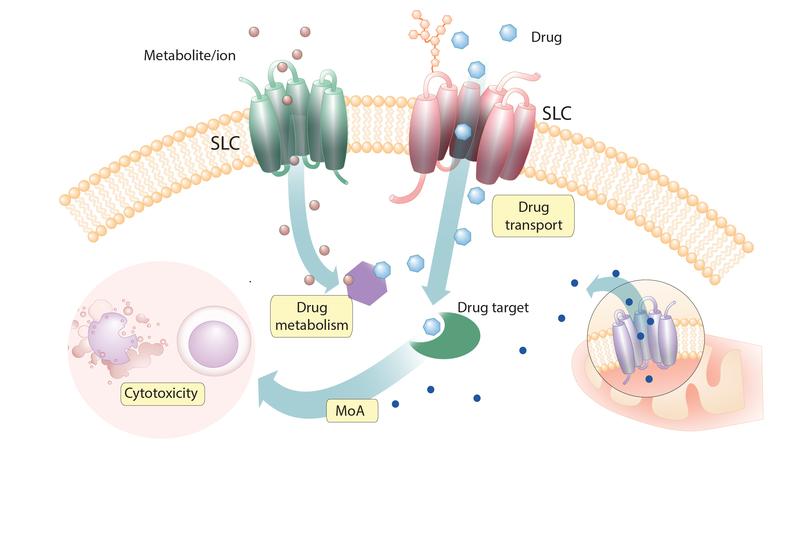 CeMM Researchers have studied how Solute Carriers (SLCs) influence the activity and potency of cytotoxic drugs, such as those used in the treatment of leukemia and other cancers. Their study, published in the journal Nature Chemical Biology, uncovers the dependency of most drugs studied on the function of at least one SLC. In some cases, the drug required the transporter to enter into the cell, in other cases, it provided small molecules (metabolites), which are crucial to the drug’s activity or the cell response to it. These findings shed new light onto the biological roles of transporters and open the path to the development of future precision therapies.

Solute carriers (SLCs) represent the largest family of transmembrane transporters in the human genome, with over 400 members arranged into 65 families. They have a key role in determining cellular metabolism and control essential physiological functions, including nutrient uptake, ion transport and waste removal. SLCs are vital for maintaining a stable internal state of the human body (known as homeostasis), but the presence of genetic variation (polymorphisms) in SLCs are associated with several diseases, such as gout or diabetes, while gene mutations are associated with literally hundreds of disorders including many metabolic deficiencies and orphan diseases.

Solute carriers have been shown to act as drug targets, as well as constitute paths for drug absorption into specific organs. However, despite of decades of studies, there is still a lack of systematic surveys of transporter-drug relationships in human cells. Uncovering how particular drugs enter human cells and how the cell metabolism affects them is key to gaining a better understanding of the side effects and limitations of current drugs and thus developing more effective drug therapies in the future.

Expanding on a previous study (Winter et al. Nat Chem Biol, 10, pp 768-773, 2014), which uncovered how a single solute carrier (SLC35F2) is necessary in the uptake of the cytotoxic compound YM-155, Giulio Superti-Furga and his group at CeMM now performed a more systematic investigation on the role of solute carriers in determining the activity of a large and diverse set of cytotoxic compounds. Their goal was to survey on the “how often” and “how” SLC transporters would lose or a affect the activity of a certain drug.

In their study, CeMM researchers built a CRISPR/Cas9-focused library specifically targeting 394 solute carriers and applied it to identify SLCs affecting the activity of a panel of 60 chemically diverse, most of them clinically approved, cytotoxic compounds. They determined that approximately 80% of the screened drug set shows a dependency with at least one solute carrier. To further validate these results, the scientists individually validated a subset of SLC-drug interactions and employed uptake assays and transcriptomics approaches to investigate how some of the SLCs affected drug uptake and activity. “The use of a custom-made, SLC-focused library was instrumental in allowing us to screen a large number of compounds, revealing hundreds of SLC-drug associations and providing many novel insights into SLC biology and drug mechanisms”, says Enrico Girardi, CeMM senior postdoctoral fellow and first author of the study.

The present study is the result of a cross-disciplinary collaboration with researchers from the University of Vienna Pharmacoinformatics Research Group of Gerhard Ecker as well as the group of Stefan Kubicek at CeMM. It provides not only a strong validated argument to demonstrate the requirement of solute carriers in cellular uptake and drug’s activity, but also an experimentally validated set of SLC-drug associations for several clinically relevant compounds. The evidence provided by CeMM researchers opens the pathway to further investigations of the genetic determinants of drug activity and especially uptake in human cells. “This study raises strong doubts that the generally accepted idea that most drugs can enter cells by simply diffusing through its membrane is correct and highlights the increasingly appreciated need to systematically studying the biological roles of solute carriers”, says Giulio Superti-Furga, CeMM Scientific Director and last author of the study. Gaining further insights into how the transporters affect the uptake and activity of drugs in tumors and tissues allows scientists to predict and counteract resistance mechanisms to design the most effective precision therapies. Furthermore, understanding the relationship between the expression of SLCs, cellular/organismal metabolism and nutrition is likely to allow the opening of novel therapeutic avenues in the future.

Originalpublikation:
The study “A widespread role for SLC transmembrane transporters in resistance to cytotoxic drugs” was published in Nature Chemical Biology on 9 March 2020. DOI: 10.1038/s41589-020-0483-3