Pioneering work for the exhibition of the future 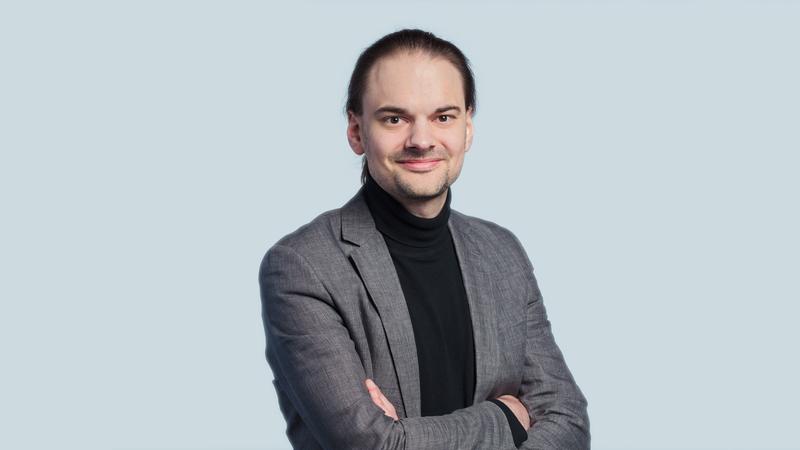 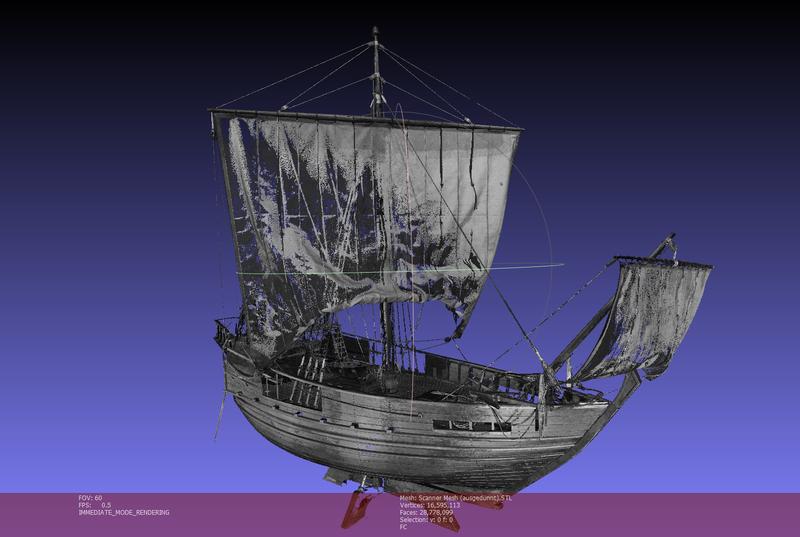 Many ship models from the holdings of the German Maritime Museum / Leibniz Institute for Maritime History could soon be available on the Internet - at any time, free of charge and all over the world. A lot of pioneering work has to be done, because the field has been little developed so far. Dr. Dennis Niewerth has been working on the digitization of museums for ten years and has also published his doctoral thesis on the subject. He sees this process not as a danger but as an opportunity for museums.

The half model of the company vehicle MÖVE can be viewed from each side. It can be rotated and turned, examined from close up and from a distance. Just as if the observer were holding it in his hand. But it is a digital image of the model on a screen. Dennis Niewerth created it with the help of students from the Hochschule Bremerhaven (Bremerhaven University of Applied Sciences). About 90 photos from all possible angles had to be taken of the half model. "We feed the photo series into a software. Much of the work is done on the computer," says Niewerth. It takes four to eight hours to digitize a model. The technique is called photogrammetry.

More than 60 of the half-models from the German Maritime Museum's inventory have already been digitized in this way. Half-models show half the hull of a ship. They were used at shipyards as an aid for building boats and ships. For photogrammetry, a high-quality SLR camera, a room with very uniform lighting conditions and the Agisoft Metashape program are required. The program calculates the physical form and the appearance of the surface of each object from the photos. " Problematic are the backsides of the half models. The program does not find sufficiently concise features here to bring them together with the front," says Dennis Niewerth. "That's why our student assistant Tobias Fiedler works on each individual model by hand."

Photogrammetry is not the only way to digitize these models. Dennis Niewerth and his student assistants, for example, were able to try out a computer tomograph from the University of Bremen. They also had a so-called grazing light scanner at their disposal for a short time. Dennis Niewerth used it to scan a model of the RAU IX whaling ship from all sides. The program calculated more than ten million triangles for the digital model of the ship. "The laptop provided for the grazing light scanner only had 32 gigabytes of RAM. This was not enough for a completely complete recording," says Niewerth. "Ship models are an application that the manufacturers of such devices typically don't have on their screens. Industrial customers usually want to capture much simpler workpieces. With their many small details, our models are a real stress test for technology."

The digitization project is pioneering work in a way. "We are not the first to digitize ship models," says the scientist - but the first to approach it systematically as a comprehensive project. The 3D models will later be used for the museum's website and for the exhibition. On the Internet, the models will be viewable in all common browsers without additional programs - from PC, tablet or smartphone. The software for this is developed in close cooperation with the computer scientists of the Bremerhaven University of Applied Sciences.

Dennis Niewerth sees the digitalisation of exhibition objects as an opportunity for museums. Other experts see the danger that guests would no longer go to museums because of an extensive online offer. "The danger is largely written off. Visitor research suggests that a good digital offering is more likely to get people into museums," he says. The classic exhibits in exhibitions can also be linked to digital exhibits, creating completely new possibilities. This has also been incorporated, for example, in the current special exhibition "360° POLARSTERN - a virtual research expedition" at the German Maritime Museum, which builds on both classic exhibits and virtual and augmented reality.

The media scientist, who holds a doctorate in media studies, studied at the Ruhr University in Bochum and has been working on the virtualization of museums since 2009. "The topic is not only exciting and in my interests, it also has practical points of contact," he says. Dennis Niewerth wrote his doctoral thesis in 2016 about the Virtualisation of the Museum to the Museumisation of the Virtual, which has since been published in book form and in digital Open Access under the title "Dinge – Nutzer – Netze: Von der Virtualisierung des Musealen zur Musealisierung des Virtuellen".

the DSM cannot be visited during the corona crisis until further notice. However, our research work is continuing. We would like to keep you informed about this in press releases like this one. We would be pleased to put you in touch with the appropriate contact person. Please understand, however, that due to the current recommendations, we too are currently restricting personal external contacts as far as possible. Therefore, our scientists are currently available for your questions preferably by telephone or e-mail.

About the German Maritime Museum / Leibniz Institute for Maritime History:
The German Maritime Museum / Leibniz Institute for Maritime History (DSM) in Bremerhaven has set itself the task of exploring the relationship between man and sea and making it possible to experience it in exhibitions. It is one of eight Leibniz research museums in Germany. With more than 80 employees and trainees and around 8000 square metres of covered exhibition space, it is one of the largest maritime museums in Europe. The DSM is currently in a state of flux and combines a building renovation and the construction of a research depot with a comprehensive new concept for all exhibition and research areas. Research projects at the DSM are supported by renowned national and international funding programmes. As an attractive workplace for young and professionally experienced talents in maritime research, the DSM maintains a variety of cooperations with universities, colleges and non-university research institutions.