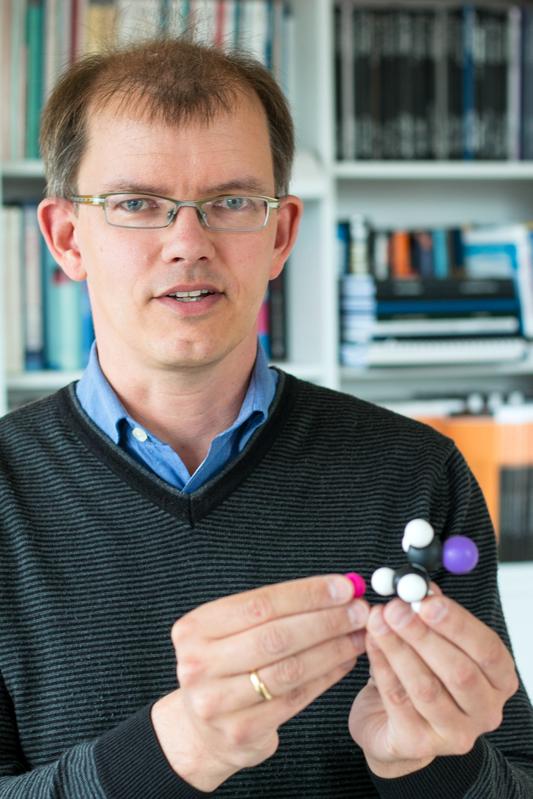 Physicist Roland Wester of the University of Innsbruck has been awarded an ERC Advanced Grant. It is the highest funding awarded by the European Research Council. The distinguished scientist and his team will receive up to 2.5 million euros for their research over the next five years.

ERC Advanced Grants support outstanding researchers across Europe. Their pioneering work has the potential to change people's everyday lives and provide solutions to some of the most pressing challenges. The European Research Council (ERC) is providing these bright minds with funding from the EU Framework Programme for Research and Innovation Horizon 2020 so that they can pursue their most creative ideas and play a decisive role in the further development of all areas of knowledge. “Following the two physicists Hanns-Christoph Nägerl and Rainer Blatt and the Latinist Martin Korenjak, Roland Wester is the fourth scientist at the University of Innsbruck to receive this highest award from the EU,” said Rector Tilmann Märk. “As a leading research university in Austria, our strength lies in excellent basic research, research-led teaching and successful knowledge transfer in business and society.”

Roland Wester from the Department of Ion Physics and Applied Physics at the University of Innsbruck is researching the fundamentals of molecular physics. He has built a unique experiment to bring ions and molecules to reaction one by one and study the outcome. This gives the researcher a deep insight into the atomic sequence of the usually very complex processes that make up chemical reactions. In this way, Roland Wester's team has been able to gain a number of unique insights into chemical reactions in recent years, which have attracted a great deal of attention in the scientific community. For example, they were able to describe in detail the atomic dynamics of an important type of reaction in organic chemistry - the nucleophilic substitution reaction - for the first time.
With the funds provided by the European Research Council, Roland Wester now wants to take these experiments to a new level. Using new sensitive detection techniques and significantly improved accuracy, the physicist will search for quantum effects in ion-molecule reactions and thus advance into new areas of the physics of chemical reactions.

After studying in Konstanz and Heidelberg, Roland Wester did his doctorate in the field of molecular physics in a German-Israeli research team at the Max Planck Institute for Nuclear Physics in Heidelberg. He then switched to physical chemistry at the University of California in Berkeley for two years to work on the ultrafast dynamics of molecules. From 2003 to 2010, Roland Wester established an independent research group investigating ion-molecule reactions at the University of Freiburg, Germany. He habilitated there in 2007 and later became a stand-in professor. In 2010, Roland Wester was appointed Professor of Experimental Physics at the University of Innsbruck, succeeding Tilmann Märk. In 2011 he has already received an ERC Consolidator Grant. Since 2015 Wester is spokesman of the doctoral program "Atoms, Light, and Molecules" and since 2017 Dean of the Faculty of Mathematics, Computer Science and Physics at the University of Innsbruck.