The retina not only ensures sharp, but also stable vision 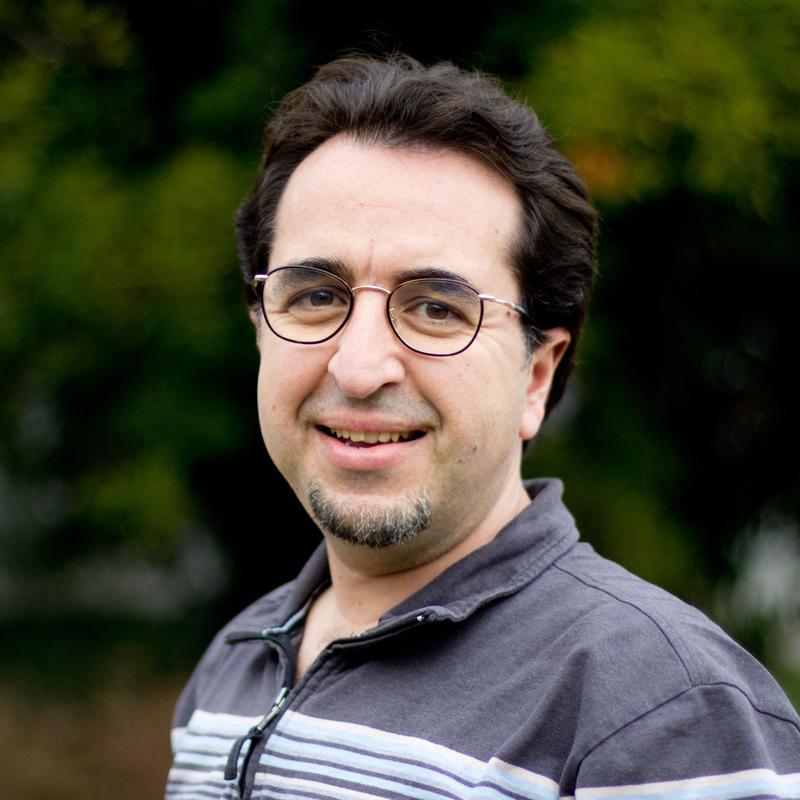 Researchers from Tübingen show for the first time that the milliseconds-long blindness that occurs during rapid movements of the eyes, which allows flicker-free vision, comes from the retina.

Anyone who has ever recorded a video knows that the camera must be held still so that the images do not blur. On the other hand, we always perceive a stable image of the world, even though our eyes constantly move back and forth when looking for new impressions and therefore cause shaky images to be projected onto the retina. However, because vision is suppressed for milliseconds during these brief eye movements, these blurring motions are not perceived. Professor Ziad M. Hafed and Dr. Thomas Münch and their teams show in the journal Nature Commu-nications that the signal for this suppression comes directly from the reti-na and its neuronal activity. Hafed heads the "Active Perception" labora-tory at the Hertie Institute for Clinical Brain Research (HIH), is a research group leader at the Werner Reichardt Center for Integrative Neurosci-ence (CIN) at the University of Tübingen, and a professor at the Faculty of Medicine. Münch is a group leader at the Research Institute for Oph-thalmology at the University of Tübingen and at the CIN.

This is the first time that a coherent explanation has been found for the well-known phenomenon of saccadic suppression. Saccade is the term used to describe rapid movements of the eyes. So far, there have been two competing hypotheses about what causes saccadic suppression. According to the first hypothesis, the suppression starts from the motor signals that also trigger the eye movement. According to the second hy-pothesis, the suppression is purely visual and caused by the image se-quences on the retina. This means that the blurred images would correct themselves already at the very first stage of vision, the retinal circuit. The results of the researchers show that the retinal hypothesis is indeed cor-rect, but that the motor signal also plays an unexpected role.

Hafed, Münch, and their colleagues based their conclusions on various experiments. Initially, they asked subjects to look at high-resolution, computer-generated images of coarse and fine surfaces, which simulat-ed the properties of natural images. They faded in short flashes of light of different strengths while the test subjects moved their eyes. Saccadic suppression made subjects unaware of the flashes, unless they were bright enough. It turned out that the ultra-short blindness was dependent on the displayed image. The suppression was stronger in the images with a coarse texture. It started earlier and lasted longer than in the im-ages with a fine texture. "The fact that the strength and length of the sup-pression depended on the textures depicted could only mean that the trigger had to be visual," says Hafed. "We then confirmed this in many other experiments." Among other things, the scientists were able to show that the visual signal is already suppressed when it leaves the eye. “The retina therefore contributes directly to our stable visual impression,” says Münch. "It detects that the world is rushing by and regulates the sensitivi-ty for a short time."

In order to explore the influence of the eye movement trigger itself, the scientists conducted an experiment in which the test subjects either moved their eyes over an object or kept their eyes still while the object was moving. The image sequences on the retina were the same in both cases, and saccadic suppression occurred in both cases. However, the suppression with real eye movements lasted much shorter. "We con-clude that the movement signal makes a difference in the duration of saccadic suppression," Saad Idrees and Matthias Baumann explain. They are the two doctoral students who carried out the experiments. "So, the movement trigger is still relevant."

The results are also of medical relevance. Maybe they help people who can no longer see their world in a stable way due to illness. “This can be a very stressful symptom, for example in multiple sclerosis or Parkin-son's disease,” says Hafed. "Perhaps special computer-controlled glasses can support these patients in the future to straighten the unsta-ble pictures."