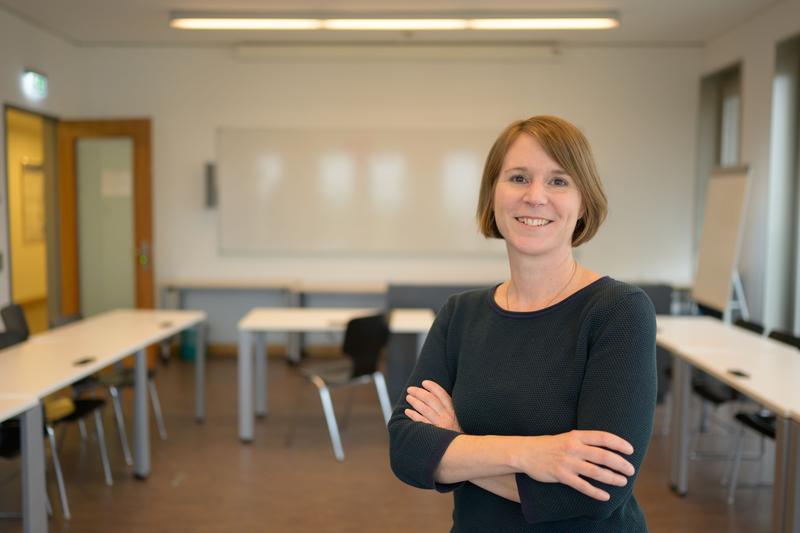 A relevant leadership position at DIPF | Leibniz Institute for Research and Information in Education is newly taken by a distinguished expert: Psychologist and educational researcher Professor Dr Mareike Kunter has just become a Director at the institute in Frankfurt am Main. She will be chairing one of five departments and join the Governing Board at DIPF. Based on a cooperation with DIPF, Kunter also holds a professorship for empirical educational research with a focus on professional behaviors of educators at Goethe University Frankfurt, Faculty for Psychology and Sports.

“We are more than pleased to have won Mareike Kunter, an excellent scientist, for this position. Her priority of research ideally complements the thematic scope covered at DIPF. We thus wish to render an even more salient contribution to qualifying teachers optimally and improving instruction” said Professor Dr Kai Maaz, the Executive Director at DIPF.

“I warmly congratulate Mareike Kunter: firstly for her appointment and becoming a member of the Governing Board at DIPF, and secondly for the professorship for empirical educational research with a focus on professional behaviors of educators. The long-standing, successful cooperation between the Goethe University and DIPF in the area of educational research can thus be intensified”, explained Professor Dr Birgitta Wolff, President of the Goethe University.

Lately, Mareike Kunter was a professor for educational psychology at the Goethe University Frankfurt, where she has run a significant amount of research projects particularly in the area of teacher qualification and instructional quality. Earlier, Kunter was an academic staff member in the Center for Educational Research at the Max Planck Institute for Human Development in Berlin. Kunter has received several awards. In 2019, she became the “Scientist of the Year”, a title awarded by the Alfons und Gertrud Kassel Foundation. In 2018, she was ranked among the five most productive educational researchers in the world, according to a survey run by central international associations in educational research. Currently, Kunter is the President of the Society for Empirical Educational Research (GEBF). Kunter has already cooperated with DIPF for a long time. For instance, she is the deputy speaker of the research centre “Individual Development and Adaptive Education of Children at Risk” (IDeA), which is coordinated at DIPF. IDeA brings together researchers from DIPF, the Goethe University and the Sigmund Freud Institute who analyse development and learning processes over the first twelve years of life.

“DIPF is the central institution for educational research and educational information in Germany, and is internationally acknowledged. DIPF values an exchange with schools and child daycare institutes as well as the exchange with administrators and politicians in the field of education. I am genuinely looking forward to supporting this work by adding new impulses“, said Professor Kunter. At DIPF, she will chair a department with a focus on two interlocking priorities: (1) teachers’ professional competence and (2) instructional quality. The research will focus on the characteristics of high quality instruction, i.e. instruction that offers optimal support for learners from different backgrounds. Further questions are: what characterises teachers who manage to implement such instruction? And how can teachers be supported in developing such characteristics? As a methodological priority, the department will concentrate on developing novel assessment procedures for teachers and for research on instructional quality. Besides showing a clear research profile, the department will also rest on a second pillar, i.e. knowledge transfer into pedagogical practice.

An Emmy Noether group is integrated into the department, funded by the German Research Foundation and chaired by Dr. Charlotte Dignath, who has been a member of Kunter’s team at Goethe University. The group will work on qualifying young scientists and focuses on self-regulation in learning. In other projects, researchers will, for example, study innovations in teacher training, dealing with heterogeneity or the use of digital media, or they will study how lessons can be assessed on the basis of short video clips. All the work will adhere to “Open Science” principles and thus be transparent to the public. At DIPF, Mareike Kunter succeeds Professor Dr Eckhard Klieme who retired in March this year after significantly contributing to the institute’s profile over 20 years. His department also placed a priority on instructional research, and Professor Kunter’s team will continue this line of work.

Research and Information in Education

DIPF is the Leibniz Institute for Research and Information in Education with locations in Frankfurt am Main and Berlin. DIPF wants to assist in coping with challenges to education, facilitating access to education and improving the quality of education. Therefore, the institute supports schools, child daycare centres, science, administration and policy-making with empirical research, scientific infrastructures and knowledge transfer. DIPF provides important work and services, such as the coordination of the national report on education, the research centre IDeA, contributions to international large-scale assessments, the Centre for Technology Based Assessment (TBA), the German Education Server, the German Education Portal, the Research Data for Education Alliance (maintained by three institutes) and the Research Library for the History of Education (BBF).