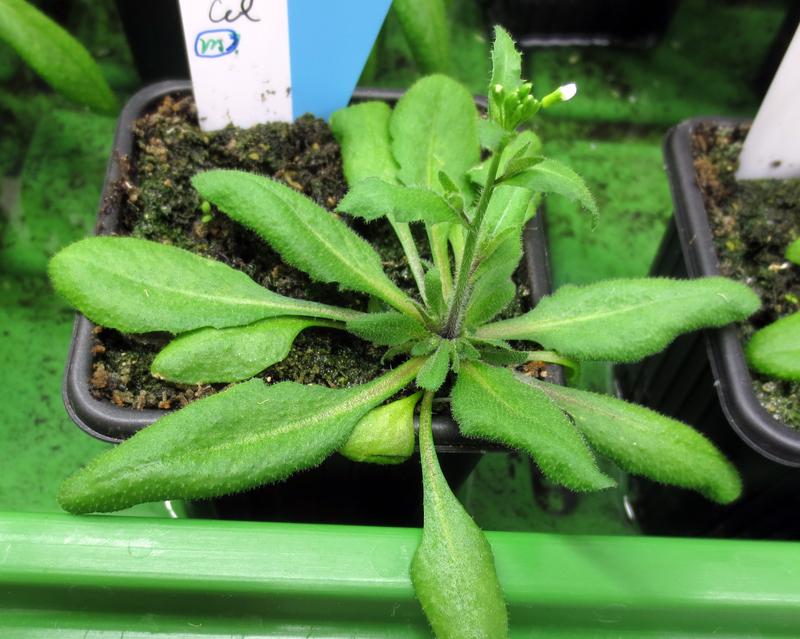 The plant species Arabidopsis thaliana is used as a model organism in research all over the world. | Quelle: Misako Yamazaki | Copyright: University of Zurich | Download 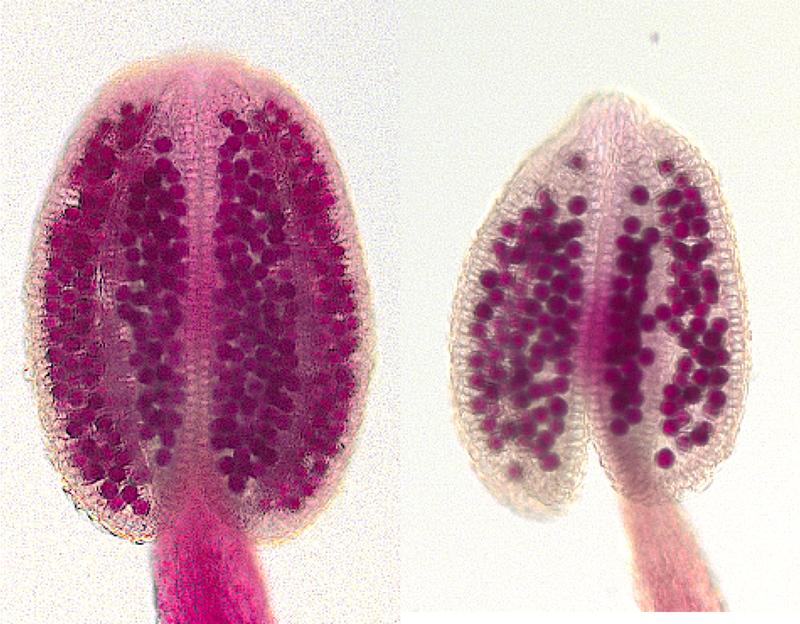 Producing less sperm cells can be advantageous in self-fertilizing plants. An international study led by the University of Zurich identified a gene in the model plant Arabidopsis that reduces the number of pollen. In addition to supporting the evolutionary theory, these findings could help to optimize plant breeding and domestication in agriculture.

Already in the 19th century Charles Darwin recognized that the number of male gametes – pollen for plants, sperm for animals – is highly variable among individuals and species. At first sight a high number of male gametes seems beneficial for the competition among males to produce more offspring. However, many domesticated species have a reduced number of male gametes. In theory it might be advantageous to reduce the cost of producing male gametes, for example when the rate of self-fertilization or inbreeding is high and fewer male gametes are necessary for successful reproduction.

"So far there has been little evidence to support this idea, because the production of male gametes is a complex trait affected by many genes with small effects and its molecular basis remained unknown", says Kentaro Shimizu, Professor for Evolutionary Biology and Environmental Studies at the University of Zurich (UZH). An international study under his lead now provides such evidence and demonstrates that a reduction in pollen number is not necessarily deleterious but rather advantageous in a self-fertilizing species.

For their investigation the researchers used the well-characterized model plant Arabidopsis thaliana that is mainly self-fertilizing and has a reduced number of pollen grains compared to its relatives in the wild. They counted the pollen number of 144 plants with distinct genetic background and found variations from 2,000 to 8,000 pollen grains per flower. They then compared the entire genetic information of these variants, looking for differences between plants with higher and lower pollen numbers.

This computational analysis, a so-called genome-wide association study, revealed one gene that affects the number of pollen each plant produces, which was subsequently named REDUCED POLLEN NUMBER1 (RDP1) gene. Using the novel genome editing technology CRISPR-Cas9 the researchers created several mutant variants of the RDP1 gene, both in plants with high and low pollen number. They crossed the mutated plants with each other and counted the pollen the hybrid offspring produced. "These experiments confirmed the subtle but significant effect of the RDP1 gene", says co-author Misako Yamazaki, a technical staff of the Shimizu group. A comparison with other organisms revealed that the gene encodes a factor that promotes the building of ribosomes, the cellular factories for protein production.

Next, the team investigated if the reduction in pollen number is positively selected for and did not happen incidentally. For this they used a statistical method to gain insight into the evolution of the RDP1 gene within model plants with different pollen production. The results showed that the trait for reduced pollen number has indeed been under positive selection.

Furthermore, the research team studied the evolution of the many genomic regions associated with pollen number. The selection on pollen number was very strong – in comparison to previous studies of more than 100 traits such as disease-resistance and environmental responses. This supports the importance of pollen number for reproductive success.

"The evidence supports the theoretical prediction that reduced investment in male gametes is advantageous. This is not only important for evolutionary biology but also for the practice of plant breeding and domestication in general", explains Shimizu. "Many crop plants have a reduced number of pollen due to domestication. Lowering the cost of producing pollen may increase crop yield. On the other hand, too few pollen grains might be an obstacle to breeding and seed production. Our study opens the way for molecular breeding of the optimal pollen number."