New head of department and new professor at Leibniz-Institute DSMZ 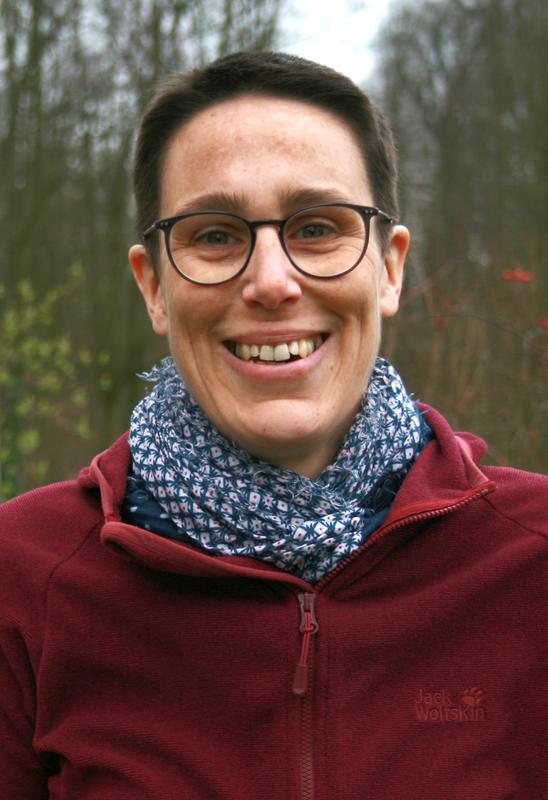 (Braunschweig – 9th June 2020): On May 1st, Laura Steenpaß was welcomed as new head of the Department for Human and Animal Cell Cultures at the Leibniz-Institute German Collection of Microorganisms and Cell Cultures, Science Campus Braunschweig-Süd. The biologist and newly appointed Professor for Cell Biology at the TU Braunschweig succeeds Prof. Hans G. Drexler, MD, who founded and led the department for 30 years.

One main target of Prof. Steenpaß’s future research work at the DSMZ will be the development of cellular models for genetic diseases, with a particular focus on the use of stem cells. “My recent work includes the Angelman syndrome, which alters the function of nerve cells in the brain, and retinoblastoma, an ophthalmic tumour in young children. Some characteristics of these diseases link them to the existing focus of my new DSMZ department as well as to the neuro-biological focus of the Zoological Institute at the TU Braunschweig”, summarizes Prof. Steenpaß. Apart from the oncological focus at her DSMZ department, the biologist also aims to open up new research fields, a move that is supported by the recent addition of pluripotent stem cells and genome-edited cell lines to the existing cell line collection. “We also want to promote the use of high-throughput sequencing techniques to characterise cell lines. Because this is the future: the provision of the genome, and possibly further omics data, together with the resource cell line”, explains the cell biologist.

47-year-old Steenpaß is married and the mother of two children (12 and 14 years old). Biology studies in Freiburg and a doctorate degree in Vienna were followed by post-doc stays in Vienna and Dusseldorf. In 2009, Dr. Steenpaß was appointed head of the Working Group “Cellular Models” at the Institute for Human Genetics at the University of Duisburg-Essen, where she also received her habilitation (postdoc lecturing qualification) for her work on “Epigenetic gene regulation and genetic diseases in cellular models”. In addition, the cell biologist acts as ad hoc reviewer for internationally renowned journals such as PLoS One or Science Translational Medicine, and supports the German Research Foundation (DFG) as scientific peer reviewer.
The Department for Human and Animal Cell Cultures at the Leibniz Institute DSMZ is home to a total of more than 800 different cell lines, including the largest collection of leukaemia-lymphoma cell lines, and makes these available to researchers worldwide. Apart from the Working Group Cell Biology led by Prof. Steenpaß, the department also encompasses a further six working groups with around 15 staff. Their research foci include tumour development, authentication of cell lines and virus detection in cells.

About the Leibniz Institute DSMZ
The Leibniz Institute DSMZ-German Collection of Microorganisms and Cell Cultures is the world's most diverse collection of biological resources (bacteria, archaea, protists, yeasts, fungi, bacteriophages, plant viruses, genomic bacterial DNA as well as human and animal cell lines). Microorganisms and cell cultures are collected, investigated and archived at the DSMZ. As an institution of the Leibniz Association, the DSMZ with its extensive scientific services and biological resources has been a global partner for research, science and industry since 1969. The DSMZ is the first registered collection in Europe (Regulation (EU) No. 511/2014) and certified according to the quality standard ISO 9001:2015. As a patent depository, it offers the only possibility in Germany to deposit biological material in accordance with the requirements of the Budapest Treaty. In addition to scientific services, research is the second pillar of the DSMZ. The institute, located on the Science Campus Braunschweig-Süd, accommodates more than 73,000 cultures and biomaterials and has 198 employees. www.dsmz.de

The Leibniz Association
The Leibniz Association connects 96 independent research institutions that range in focus from the natural, engineering and environmental sciences via economics, spatial and social sciences to the humanities. Leibniz Institutes address issues of social, economic and ecological relevance. They conduct knowledge-driven and applied basic research, maintain scientific infrastructure and provide research-based services. The Leibniz Association identifies focus areas for knowledge transfer to policy-makers, academia, business and the public. Leibniz institutions collaborate intensively with universities – in the form of “Leibniz ScienceCampi” (thematic partnerships between university and non-university research institutes), for example – as well as with industry and other partners at home and abroad. They are subject to an independent evaluation procedure that is unparalleled in its transparency. Due to the importance of the institutions for the country as a whole, they are funded jointly by the Federation and the Länder, employing some 19,100 individuals, including 9,900 researchers. The entire budget of all the institutes is approximately 1,9 billion Euros. www.leibniz-gemeinschaft.de