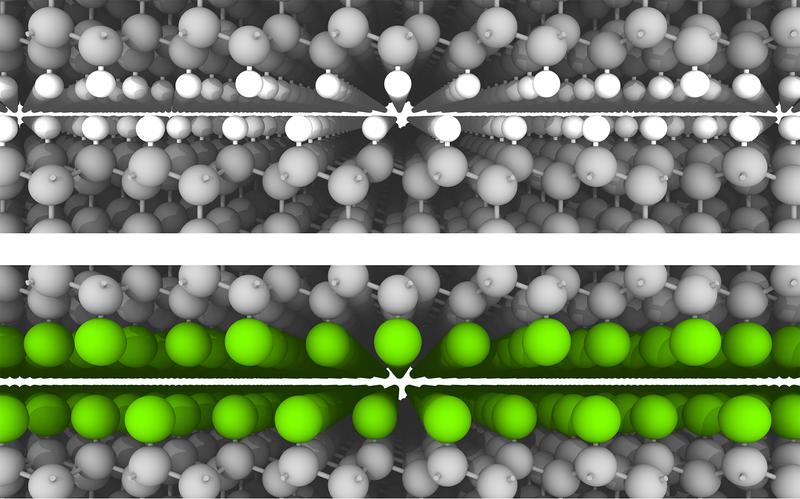 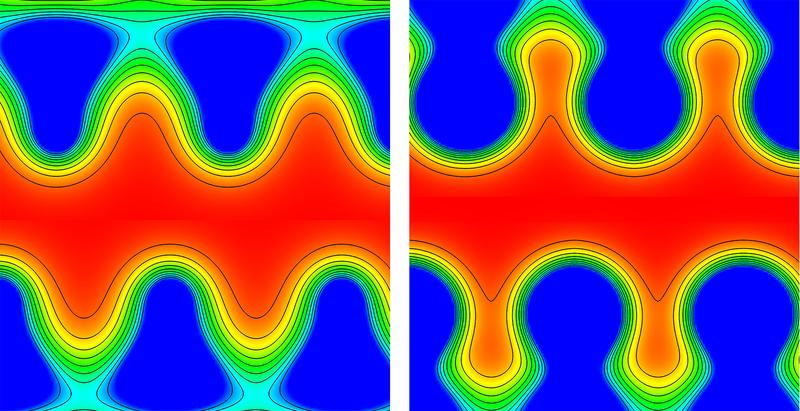 Diamond and diamond-like carbon (DLC) are used as extremely durable surface coatings in frictional contacts: from aerospace components to razors. They reduce friction and wear in bearings and valves by means of so-called passivation layers, which prevent other materials from bonding to the coating. Until now, it was unclear how these passivation layers should be designed to achieve minimal friction. Researchers at the Fraunhofer Institute for Mechanics of Materials IWM, MicroTribology Centrum µTC, have now achieved a breakthrough in understanding the relationship between passivation and friction. The unexpected results have been published in the journal "ACS Applied Materials & Interfaces".

Hard carbon coatings are in use worldwide on a large industrial scale. A particularly frequent user is the automotive industry, which uses more than 100 million coated parts per year with a market volume of several hundred million euros. Other important fields of application are protective coatings for computer hard disks and recording heads as well as wear protection for cutting and forming tools in production machines or biomedical components.

"In order to achieve the desired ultra-small friction, stable passivation of unsaturated dangling bonds on the carbon surface is necessary," explains Thomas Reichenbach from the Multiscale Modeling and Tribosimulation group at the Fraunhofer IWM. There are, however, numerous substances that can be used for passivation: the most common being hydrogen. A promising, technologically relevant alternative, however, is fluorine. Both variants ensure stable, monoatomic passivation. "We wanted to find out under which circumstances which passivation is better and, above all, why, because how surface passivation influences friction is still poorly understood," explains the simulation expert for atomistic computer models. For this work, Thomas Reichenbach has received the Fraunhofer IWM Materials of Mechanics Prize (Werkstoffmechanik-Preis 2020). Awarded by the board of trustees, the prize comes with an endowment of 3000 Euro.

The prevailing opinion in the technical literature is that the pronounced electric charge of fluorine atoms is responsible for a large electrostatic repulsion between two fluorine-passivated surfaces that ultimately decreases friction compared to the hydrogen case. "We were skeptical about this, because the electric field caused by densely packed carbon-fluorine bonds has only a very short range. This is exactly what causes Teflon coatings in clothing or cooking utensils to be water repellent," says PhD student Reichenbach.

In order to explain the relationship between the structural and chemical properties of the surface passivation and friction, scientists at the Fraunhofer IWM developed a so-called interatomic force field. This tailor-made mathematical formalism describes how the atoms involved in the tribological contact interact with each other. All parameters that supposedly control friction, determined by precise but computationally demanding quantum-mechanical calculations, are included in the force field – such as atomic radii, masses, charges or vibrational frequencies. On the basis of this computationally efficient force field model, they succeeded in simulating frictionalcontacts consisting of about one hundred thousand atoms on the computer, and were able to elaborate how the physical and chemical properties of the terminating species affect the friction behavior.

To find out which parameters are really decisive for friction, the research team then used a trick: "You have to imagine as if you were trying out fuses in an illuminated apartment to find the right one," says Reichenbach, illustrating the procedure. Since passivation with fluorine roughly halves the friction on atomically flat diamond coatings compared to hydrogen passivation, they gradually interchanged the parameters of hydrogen and fluorine in the force field. "If the parameter was really relevant for friction, we would have seen a swapping of the friction coefficients of hydrogen and fluorine in the simulation," says Reichenbach.

Only geometric parameters are relevant for passivation

The results are unexpected: for both atomic masses and atomic charges, there was no friction coefficient inversion during the parameter change - but there was one when both the atomic radii and C-H/C-F bond lengths were interchanged. "This means that geometric parameters alone are important for optimizing friction," explains Reichenbach. With these fundamental findings, the team was also able to explain the advantages of fluorine passivation for flat diamond surfaces. The larger atomic radii prevent two F-passivated surfaces from interlocking: the surfaces in contact slide past each other quite smoothly, as the "atomic zipper" cannot close. However, this can occur with the smaller hydrogen atoms: the surfaces can interlock and thus increase the friction. Fluorocarbon bonds are the strongest of all chemical bonds. Due to their stability, fluorine passivation is very interesting for tribological applications. However, its disadvantage is that the larger fluorine atoms can become obstacles in non-planar DLC contacts, which would again increase friction.

"Research on the relationship between surface passivation and friction is still in its infancy. We have now opened a door with our basic research, but the results still need to be verified with high-precision experiments," says deputy group leader Dr. Gianpietro Moras. In any case, the new "switch method" from Freiburg could easily be transferred to other frictional contacts. This would require the force-field model to be adapted to specific conditions, for example to other passivation atoms or surface geometries. The method enables the development of design rules for optimally terminated, low-friction systems. For example, alternatives to fluorine passivation could be found. Although fluorinated carbon compounds have excellent tribological properties, they are increasingly being avoided in some areas of application due to their negative impact on health and the environment.

This research of the group Multiscale Modelling and Tribo-Simulation was performed within research projects funded by the German Federal Ministry of Economics and Energy, the German Research Foundation and the German Excellence Strategy - EXC.