Increased Equity and Higher Stability — All Thanks to Red Bull? 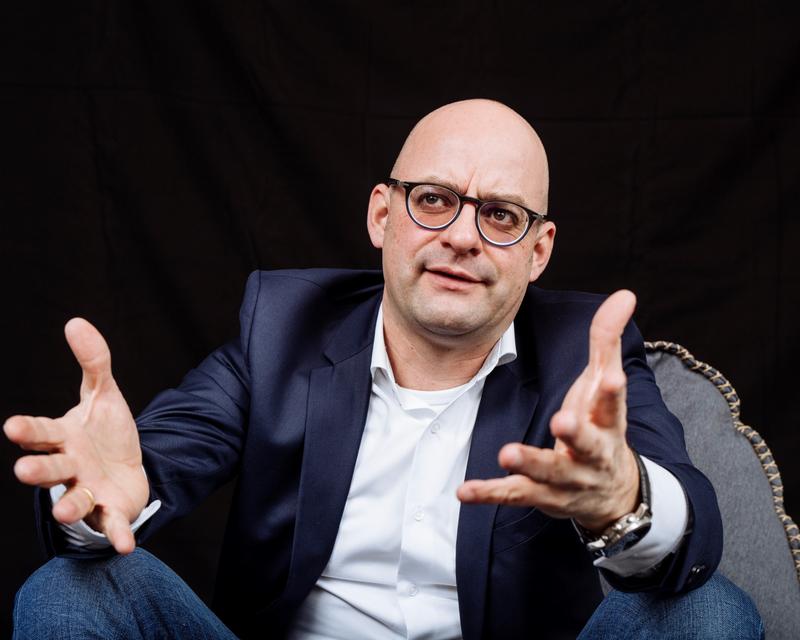 Though often met with criticism, RB Leipzig is considered to be one of the flagship clubs of German soccer. The club is said to operate more soundly and strategically than other soccer clubs in Germany's premiere league. An article, which was recently published by manager magazin and titled "The Bull and the Unicorn" paints an impressive picture of this young club's model for success. It is therefore worth looking at the latest financial data, particularly with regard to the discussion about the alleged debt relief from Red Bull totaling EUR 100 million.

While the coronavirus pandemic is destroying the booming business model of the German Bundesliga and pushing some of the upstarts very close to the financial edge, other clubs such as RB Leipzig are benefiting from having a strong sponsor/investor and a plan for the future.

QUESTION: Professor Zülch, the Bundesliga club RB Leipzig increased its equity in the 2018/2019 business year thanks to its sponsor Red Bull. How do you assess this approach from your economics perspective?

ZÜLCH: If you want to assess the financial stability of a company, you have to primarily look at the equity ratio. In financial accounting, this figure represents the economic viability of a company. Technically speaking, it is the ratio of equity to the sum total of all assets. Equity can also compensate for losses, meaning it serves as a buffer in difficult times. The higher this figure, the better off the company is, as a general rule. By appropriating the Red Bull loan into the capital reserve, the equity ratio increased from 4% to 44%. This represents a massive increase which will unleash positive effects. Interest and loan repayments in connection with the loan no longer apply. The annual result improves as there are no more interest expenses. The liquidity situation will be eased as no more repayments need to be made. As a result, the pillars of the club's future operations will become more solid. It should be noted, however, that no additional funds were provided as part of this debt equity swap. RB does not automatically have EUR 100 million more in its account. This process only occurred on the balance sheet.

QUESTION: Accounting expert Prof. Hierl described this approach as an elegant, legal way of converting debt into outside capital and equity. What is your opinion?

ZÜLCH: I would describe the conversion of liabilities into equity as a balance sheet optimization following the applicable regulations. It is not an unusual occurrence in the corporate world to improve the liquidity situation and be able to plan strategically.

QUESTION: RB's Financial Director Florian Hopp told news agency Deutsche Presse-Agentur on Saturday,
"At first glance, it looks as if there is no consideration for Red Bull's service, which is not the case. It is a transaction which is entirely common, particularly in open economy, but also in the soccer business and in the Bundesliga."
How common are transactions like this one in the Bundesliga? And what is the consideration here?

ZÜLCH: In business practice, this kind of swap is not unusual and not to be criticized. The consideration was described in the recently published annex of the annual report for RasenBallsport Leipzig GmbH as of June 30, 2019. It states, "In the course of the con-tribution, it was stipulated that, until the release of the employee-related reserves, Red Bull GmbH shall be entitled to advance dividend payments amounting to rate of the 3-month EURIBOR plus a premium of 1% of the employee-related reserves."
To be more precise, the consideration represents an entitlement to advance dividends which, under the conditions stated above, currently (June 5, 2020) amounts to about EUR 647,000 which, apparently, seem to effect the club's liquidity less than the loan repayments. There is no question of the existence of a consideration.

QUESTION: Critics are talking about a distortion of competition. There is also the question of whether Red Bull will be granted rights of co-determination. What is your opinion?

ZÜLCH: It is important to understand that this is not debt relief. The loan was converted into equity. It was explicitly apportioned into the capital reserve. It is purely an accounting-related transaction which does not include any rights of co-determination or other privileges granted to Red Bull as a sponsor. The parties only agreed on a consideration for the capital contribution in the form of the advance dividend described above. It is the nature of any capital reserve to show which amounts are flowing into a company's equity from external sources beyond the (nominal) liable equity. A club wishing to strengthen its equity position, in my opinion, does not represent a distortion of competition. Other clubs operate on a similar basis. Let's take a look at the injection of capital for Hertha BSC Berlin by investor Lars Windhorst. While the club had a deficit not covered by equity of EUR 63 million in the 2017/2018 business year, equity increased to a total EUR 70 million with an equity ratio of 34% by the end of 2019. For his commitment, Windhorst, as a strategic investor, was granted a major share in the club, giving him significant influence over the club from the federal capital. This certainly influenced Hertha BSC's competitive position but is in no way related to what happened at RB Leipzig.

QUESTION: RB's Financial Director Florian Hopp said that this was not a donation. Is that true?

ZÜLCH: As a matter of fact, this is not a donation from the point of view of tax law. Simply put, donations do not include considerations. However, there is a consideration here — the advance dividend mentioned above. As stated by RB, the shareholders' meeting can decide on a reverse conversion at any time but this would only happen if the club was sold. In the event of insolvency, for instance, Red Bull would be liable for this EUR 100 million.

QUESTION: Does RB's financial behavior allow for conclusions to be drawn on the adherence to the financial fair play regulations?

QUESTION: Do you think that RB Leipzig operates on a sustainable basis?

ZÜLCH:
Sustainable operations include more than just the financial dimension. RB is still the "new kid" in the Bundesliga. Therefore, investments in the infrastructure and the squad are essential. This will lead to increased expenses in this phase of the club's growth. Op-erating on a sustainable basis also means that the club must show good to excellent per-formance in areas such as sporting success, the development of young talent or the max-imization of the fan experience and have a strategic orientation for the future. This seems to be the case with RB Leipzig.

Henning Zülch holds the Chair of Accounting and Auditing at HHL Leipzig Graduate School of Management. Prof. Dr. Zülch's research examines financial market communication as well as the transferability of basic economic principles into the successful management of sports clubs.

HHL Leipzig Graduate School of Management is one the leading business schools in Germany and worldwide. It is a university-level private business school with the right to award doctoral and post-doctoral degrees.
HHL's Master in Management (M.Sc.) program was ranked no. 1 in Europe and no. 2 worldwide (Wall Street Journal/Times Higher Education College Rankings 2019). The goal of the oldest business school in German-speaking Europe is to educate effective, responsible and entrepreneurially-minded leaders. HHL stands out for its excellent teaching, its clear research focus, its effective knowledge transfer into practice as well as its outstanding student services. The courses of study include full and part-time Master in Management and MBA programs, a doctoral program as well continuing education courses.
HHL Leipzig Graduate School of Management was the first private German business school to be accredited by AACSB (Association to Advance Collegiate Schools of Business) in 2004 and was able to renew this status for the fourth time in 2019. Only five percent of all business schools worldwide have been awarded this seal. Overall, 750 students from 65 nations are currently enrolled at HHL.