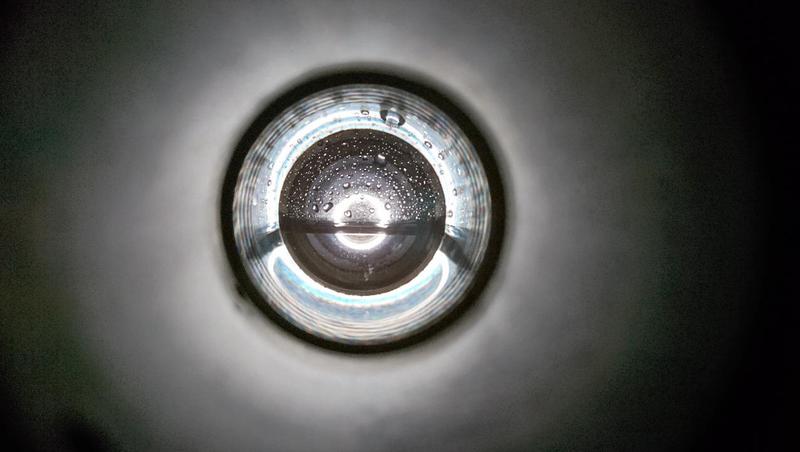 Did life originate not on the ground but underground? Scientists at the University of Duisburg-Essen (UDE) have substantiated their theory that first life could have begun deep in the earth's crust. In their experiments, structures that were inanimate developed survival strategies within a short time.

In the beginning there was the vesicle: A self-generated bubble similar to a soap bubble, enclosed by a membrane. It was surrounded by a liquid according to the recipe of the primeval soup, with a temperature of 40 to 80°C and increased pressure. Those are the conditions as they existed some 3.8 billion years ago and still do today – far down in the earth's crust.

With this experimental setup, chemist Christian Mayer from the Center for Nanointegration (CENIDE) and geologist Ulrich Schreiber, also a professor at the UDE, have simulated water-filled crevices in the earth's bowels as well as geothermal sources. In their laboratory experiment, they created and disintegrated a total of 1,500 vesicle generations within two weeks.

The researchers discovered that some vesicles survived the generation change because they had embedded certain protein precursors from the primordial soup into their membrane. This made them more stable, smaller and – most importantly – their membrane became slightly more permeable.

"We concluded that this way the vesicles were able to compensate for destructive pressure," explains Mayer. "As a survival strategy, if you will." Even if such a vesicle was destroyed, the next generation took up the protein structure. In this way, it adopted a function from its predecessors – similar to classical inheritance.

Mayer and Schreiber are certain that they have at least shown the way to a preliminary stage of life. "As we have simulated in time-lapse, billions of years ago such vesicles might have become stable enough to come to the surface during geyser eruptions," said Schreiber. Over time, other functions might have been added until the first cell was formed.

Mayer summarizes: "We suspect that this type of molecular evolution in depth took place parallel to other mechanisms or temporally displaced from them."